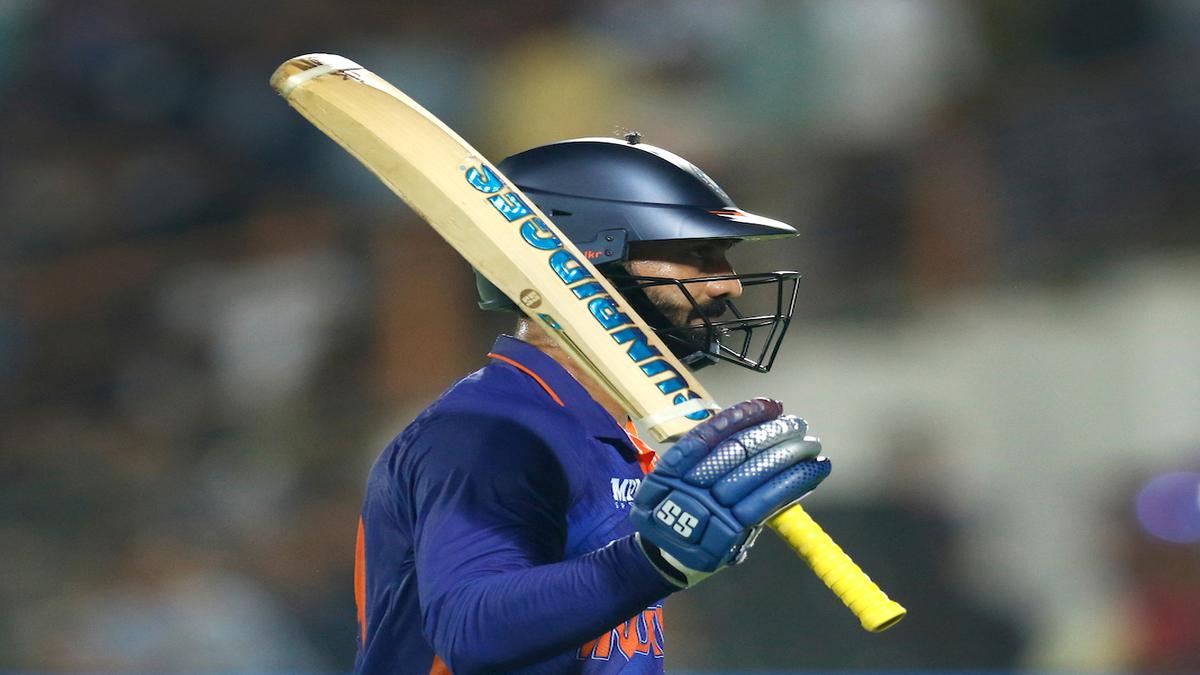 Dinesh Karthik smashed a 26-ball fifty in the fourth T20I against South Africa at the Saurashtra Cricket Association Stadium in Rajkot on Friday.

It was the 37-year-old’s maiden half-century in T20Is, his previous best being a 29-ball 48 against West Indies in 2017. Karthik got to the mark with a slog sweep for six over deep-midwicket off Dwaine Pretorius in the 20th over before being dismissed next ball at deep backward square leg for a 27-ball 55.

IND vs SA Live Score, 4th T20: Pretorious departs after De Kock; Klaasen in at No 4

Karthik is making a comeback into the Indian team, having last played a T20I more than three years ago in February 2019. He was drafted in squad for the ongoing series on the back of a stellar IPL 2022 with Royal Challengers Bangalore, where he scored 330 runs in 16 innings at an astounding strike rate of 183.33.

The wicketkeeper-batter made his T20I debut in 2006 against South Africa. Co-incidentally, that was the first-ever T20I match played by India, which it won by six wickets. Karthik was the Player of the Match in that game with an unbeaten 28-ball 31.