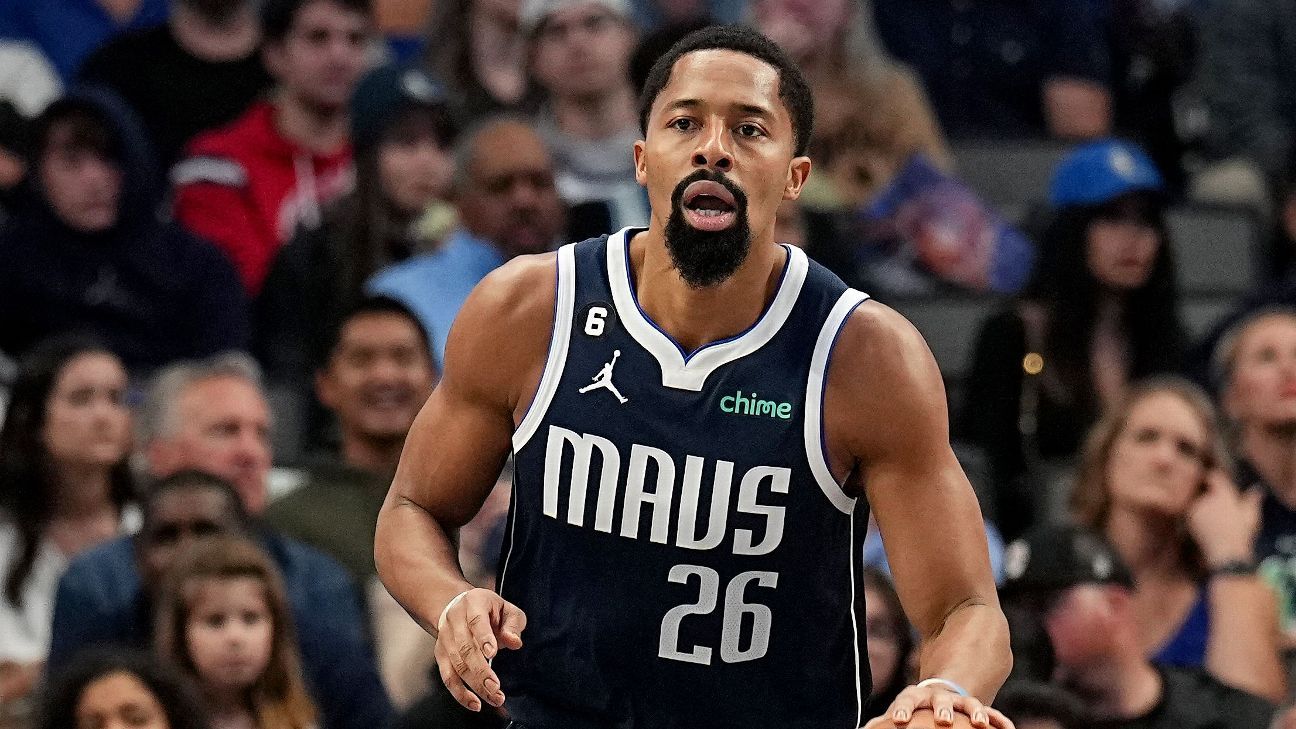 DALLAS — Dallas Mavericks guard Spencer Dinwiddie took issue with referee Tony Brothers’ actions during Friday night’s 111-110 win over the Toronto Raptors, accusing the veteran official of wrongly whistling him for a technical foul and then using profane language to describe him while speaking to one of his Dallas teammates.

Brothers called the technical foul on Dinwiddie with 47.8 seconds remaining in the second quarter, when Dinwiddie approached him to protest a take foul call. Dinwiddie said he might have used a curse word while protesting but not in a derogatory manner.

According to Dinwiddie, a teammate informed him that Brothers then referred to Dinwiddie as a “bitch ass motherf—er.”

“Everybody’s a competitor out there,” Dinwiddie said. “I understand it’s the heat of the moment. I’ve definitely said swear words, but like if I was playing against somebody on the other team and they said that to my teammate, I would be like listen, ‘Hey, I’m right here.’ But because obviously [referees are] positions of authority and whatnot, you can’t necessarily ask for that address, so I’m just taking my fair stance and saying, ‘Hey, look, if you feel that way, fine by me, just say it to my face, like any other grown man.’ That’s all I want.

“I’m not even mad at the language. Everybody has said things before when they are upset or feeling sensitive or hurt. That’s fine. Just say it to my face.”

Dinwiddie also said that Brothers, a 29-year veteran referee who is one of the league’s longest-tenured officials, misinterpreted his motive for clapping, which led to him receiving the technical.

“I apologize to Tony Brothers for what seemed to keep him irate, which was a clap,” Dinwiddie said. “He thought it was disrespectful. If you watch the games, and I know that’s what refs are supposed to do, you see I clap to get the attention of my teammates, things of that nature, but it was nothing personal, so as a man, I would like to say I’m sorry first and foremost.

The NBA office did not grant a pool report request with Brothers, the crew chief, because pool reports are intended to focus on rules clarifications.

Kidd said the Mavs would look into the matter.

Dinwiddie played a starring role alongside Luka Doncic as the Mavs extended their winning streak to three games, scoring 21 points and dishing out seven assists in the victory over the Raptors. Doncic had 35 points, eight rebounds, six assists and three steals in a dominant performance that featured some highlights that instantly went viral on social media.

Doncic made history by joining Wilt Chamberlain as the only NBA players to ever start a season with eight straight 30-point performances.