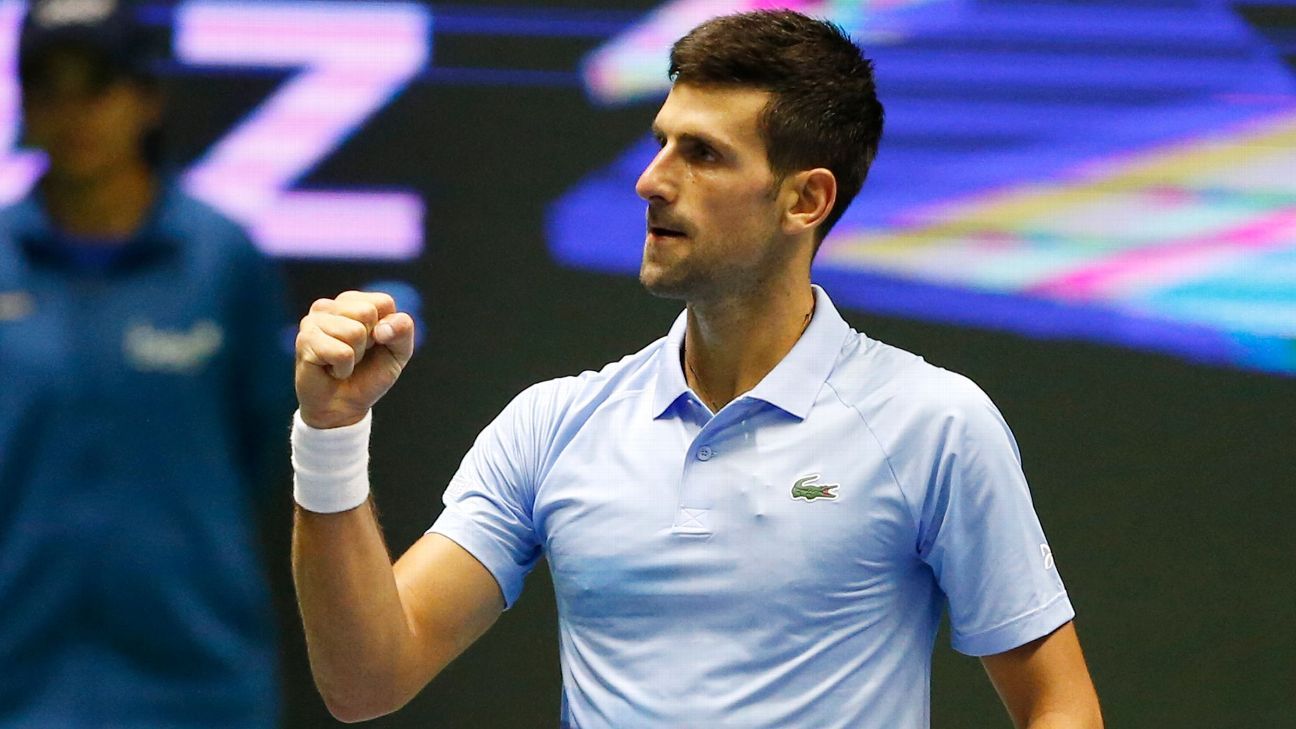 The 21-time Grand Slam champion next faces unseeded Danish teenager Holger Rune, who has never been in a Masters final.

Tsitsipas was 15-40 down on his serve in the ninth game of the deciding set but saved two break points — the second with a sublime one-handed backhand drop shot following a long rally — and held for 5-4.

“Some incredible points towards the end,” Djokovic said. “I’m just really glad to overcome this challenge.”

The sixth-seeded Djokovic trailed 4-3 in the tiebreaker but won the next two points to go 5-4 up with two serves to come against the fifth-seeded Greek.

After a weak second serve, he used great defense to edge a rally when Tsitsipas patted a forehand volley into the net to give Djokovic a first match point. He took it with a smash at the net, cupped a finger to his ear and yelled “Come on!” to the crowd at the Bercy Arena.

“It’s very sweet when you win matches like this against one of the best players in the world,” Djokovic said. “I thought I started the match very well, again, great hitting like yesterday. I had chances early on in the second. The momentum shifted, the crowd got into it. I think he elevated his level of tennis.”

Djokovic is also aiming for a record-extending 39th Masters title, a fifth title this season and a 91st career overall to move one behind 22-time major winner Rafael Nadal.

He improved to 9-2 in matches against Tsitsipas, who won two of their first three but now hasn’t beaten Djokovic since the Shanghai Masters quarterfinals in October 2019.

Earlier Saturday, an inspired Rune downed eighth-seeded Felix Auger-Aliassime 6-4, 6-2 to stay on course for the biggest title of his career.

Rune, who won both of his career titles this year, reached his fourth straight final of the season.

Contesting his first Masters semifinal, he won 86% of his points on first serve and faced zero break points.

“It was an unbelievable match from my side today. I really was sticking to the game plan for the whole match and just taking every chance I got,” Rune said. “Putting Felix under pressure, that’s what my game plan was all about, and I managed to do it almost perfectly. I am super proud how I handled everything.”