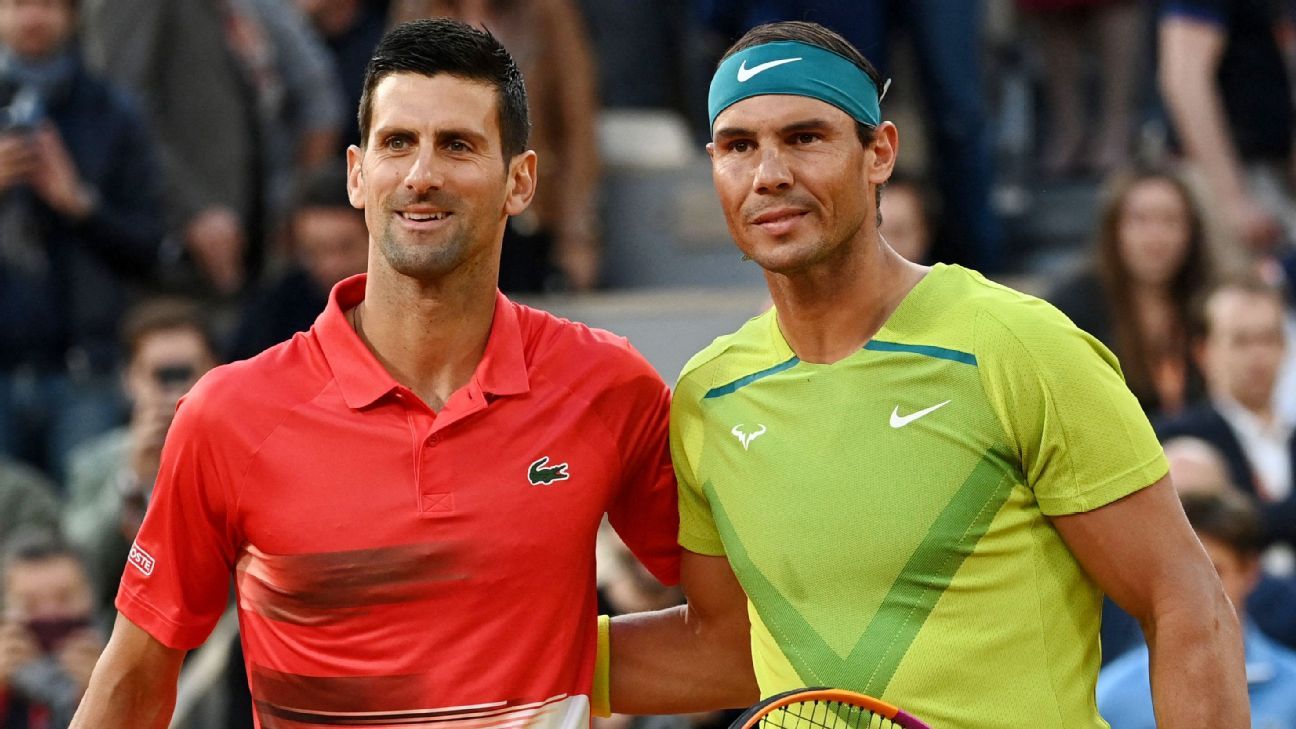 WIMBLEDON, England — This time, Novak Djokovic and Rafael Nadal will be on opposite sides of the draw.

The seedings for Wimbledon were announced on Tuesday, with Djokovic and Nadal being Nos. 1 and 2, respectively, in the men’s draw because of the absence of Daniil Medvedev and Alexander Zverev.

The top-ranked Medvedev cannot take part as a result of the All England Club’s decision to not allow players from Russia or Belarus to enter the event in 2022 over the invasion of Ukraine. Medvedev is Russian. The No. 2-ranked Zverev is out because of an ankle injury.

That means Djokovic and Nadal have been bumped up to being the top two seeded players and cannot now meet until the final. That wasn’t the case at the French Open last month, when Nadal beat Djokovic in the quarterfinals en route to winning a men’s-record 22nd Grand Slam title.

There will be a 23-time Grand Slam winner in the women’s draw in Serena Williams, but she will not be seeded.

The draw is Friday and the tournament begins Monday.

Since 2021, the seedings for both the men’s and women’s singles have been based on the world rankings.

Williams hasn’t played competitively since retiring from her first-round match at last year’s Wimbledon. She has been awarded a wild-card entry for the singles tournament at the All England Club starting next week and could therefore be drawn to play anyone in the first round.

Top-ranked Iga Swiatek of Poland will be the top-seeded player at Wimbledon.