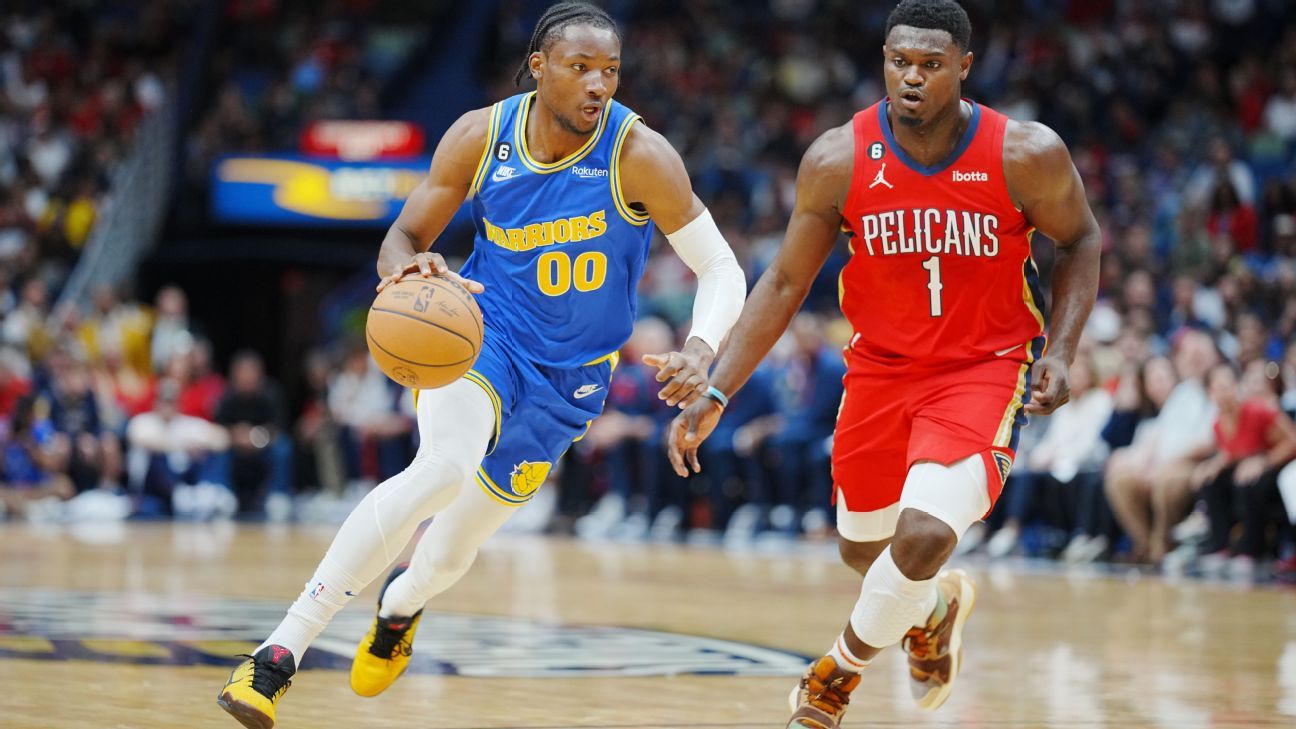 The Warriors have dropped all six of their road games, the first time they’ve done so since the 1997-98 season. They are the first defending champion to start 0-6 on the road in NBA history, according to ESPN Stats & Information research. And their overall record of 3-7 marks the fifth time a defending champion has started a season with that record or worse.

Following his team’s loss to the Orlando Magic one night prior, Warriors coach Steve Kerr said he was planning on switching up his rotation, as the bench minutes have been one of the bigger problem areas for Golden State. He doubled down on that following Friday’s loss.

“We’re going to change up our rotations a little bit. And I have an idea of what I want to do,” Kerr said. “The staff will talk about it the next couple of days and solidify that.”

With Stephen Curry, Klay Thompson, Andrew Wiggins and Draymond Green all out against the Pelicans due to injury management, Kerr was forced to rely on his younger players while also getting an opportunity to experiment with different combinations and lineups.

Kuminga’s night — 19 points on 7-of-12 shooting, 4 rebounds, 2 assists, 2 steals and one block in a career-high 38 minutes — was strong enough for Kerr to mention him by name when reiterating his plan to adjust the rotation moving forward when all of the starters are active.

“It was apparent who really played tonight. (Kuminga) played really well,” Kerr said. “He’s earned some minutes … He showed tonight that he’s ready to step into the rotation and contribute. But that has to be every night … be able to play through the tough nights when maybe the minutes aren’t there.”

Kerr previously said that Kuminga hasn’t been happy with his lack of playing time, and on Friday Kuminga said that it has been challenging.

But now that he’s gotten a chance to remind Kerr and the coaches what he adds to the team, he is prepared to take advantage.

“(I’m) working hard every single day to make sure I build everything on my game. It’s not perfect, but knowing that I’ve given everything on the floor, I’m just going to keep building … I’m harder on myself than anybody.”

Kerr also mentioned Lamb, Moody and Ty Jerome as players who impressed against the Pelicans and could possibly see more minutes.