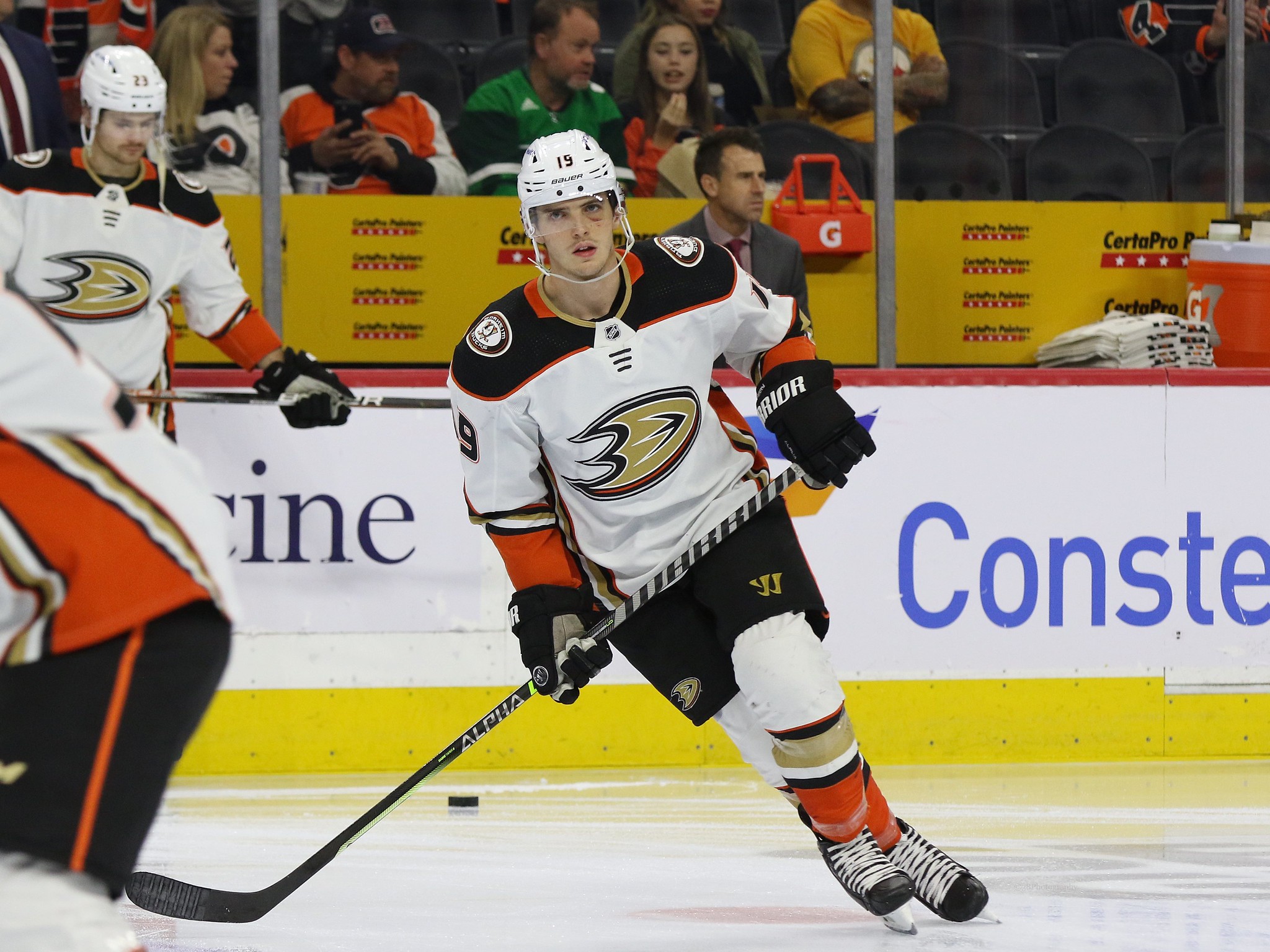 With all of their restricted free agents signed and a few dips into the unrestricted free agent market, the Anaheim Ducks roster is beginning to take form. With enough skaters to fill a nightly lineup and less than seven weeks before training camp opens up, we can take an early look at what the Ducks might look like to start the 2022-23 season.

Today we are taking a look at the forward group. There’s a lot to be excited about with this group, including last season’s Calder Trophy runner-up Trevor Zegras and first-time 30-goal scorer Troy Terry. Depth scoring, however, will continue to be an issue, as many bottom-6 forward options on the roster have never been known to fill the scoresheet.

With Sonny Milano remaining unsigned and Ryan Getzlaf enjoying retirement, the new-look top line for the Ducks could end up being a mashing of last season’s top two lines. Terry and Adam Henrique spent a good amount of time together last season while on Getzlaf’s wing. The duo logged 580 minutes in all situations last year and had a Corsi for percentage of nearly 58%.

Joining Henrique and Terry would be Zegras. Zegras’ most common linemates last season were Milano and Rickard Rakell. Rakell was traded to the Pittsburgh Penguins and has since signed a 6-year deal to stay in the Steel City. Milano remains unsigned and could very well find his way back in Anaheim. As constructed, this could be one of the more productive lines in recent Ducks’ history.

We had a small sample of what Terry and Zegras can do together after last season’s trade deadline. While the high-end talent was evident, their lack of size was exploited when Jay Beagle of the Arizona Coyotes took exception to the Ducks “skilling it up,” as Coyotes commentator Tyson Nash described it. In the aftermath, Terry was left bloodied and bruised and head coach Dallas Eakins put the two on separate lines again. Eakins shouldn’t shy away from reuniting Terry and Zegras this season as Terry is one of the few skaters in Anaheim’s lineup that can maximize production with Zegras’ playmaking skills.

The two most notable free agent signings for the Ducks so far have been Ryan Strome and Frank Vatrano. Both came over from the New York Rangers, but they didn’t often play on each other’s lines. Strome and Vatrano were moved up and down the lineup to fit the Rangers’ needs down the stretch, and that versatility will be invaluable to the Ducks. As of now, they are an upgrade for the club’s top-6 forward group.

Related: Ducks’ Lack of Activity Suggests Another Year of Rebuilding

I’ve put Max Comtois on the second line because this is a pivotal season for his future in Anaheim. He’s a restricted free agent at the end of the season, and after leading the team in goals in the shortened 2020-21 season, he had a disastrous 2021-22 season. Between an early-season injury, a stint in the COVID-19 protocol, and continuously moving up and down the lineup, consistency was impossible for Comtois last season. The leash is probably short, but Comtois deserves a chance to prove that last season was a fluke and that he can be a top-6 forward for the Ducks as they enter their competitive window.

The Ducks and Isac Lundestrom avoided salary arbitration when they agreed on a 2-year deal on July 25. Slotting on either side of Lundestrom will be a few faces that we got to see take the ice last season, but only for a brief moment. Max Jones only played in two games before a torn pectoral muscle ended his season. At 24 years old, Jones is part of the “first wave” of the Ducks youth movement, including Terry, Comtois, and Lundestrom.

On the other wing, we have rookie Mason McTavish. McTavish got a brief look in the NHL last season, playing in nine games and recording three points before heading back to the Ontario Hockey League to continue his development. McTavish is a center, but he will likely be put on the wing while he adjusts to the speed at the NHL level, similar to Zegras’ development path a few seasons ago.

Sam Carrick was a feel-good story for the Ducks last season. The former captain of the San Diego Gulls, the Ducks’ American Hockey League affiliate, Carrick got called up and played his way into Anaheim’s nightly lineup. He appeared in 64 games for the Ducks last season, topping his previous career-high of 16 in the 2014-15 season. He and Derek Grant logged nearly 250 minutes on the ice together last year, but Grant’s expiring contract could make him susceptible to a trade during the season.

Jakob Silfverberg’s health will be a big question heading into the season. He was forced to miss the end of last season due to a blood clot in his leg. While all medical situations are on a case-by-case basis, blood clots have the potential to derail a professional athlete’s career simply because of the increased risk on flights. Assuming he is healthy enough to continue to play, slotting him on the fourth line in a limited role to start the season seems ideal.

With several notable free agents still available and a prospect-laden training camp, the Ducks roster is still liable to change further. General manager Pat Verbeek has indicated that he is looking to sign at least one more free agent forward, which now seems necessary with all restricted free agents signed and the Ducks still over $4 million short of the salary cap floor (from ‘Ducks’ GM Pat Verbeek Still Working on Offseason Roster Makeover,’ Orange County Register, July 18, 2022). In addition to a free agent signing, this year’s training camp will be a chance for some prospects to make the jump. Among that group are Brayden Tracey and Jacob Perreault, both of whom made their NHL debuts last season in separate one-game samples. If they do manage to win a spot in camp over the current fourth-liners, the Ducks will be a more talented team than in years prior, but with significantly less experience.

I was born and raised in Mission Viejo, California, and currently live in Visalia, California. Graduated from CSUF in 2016 with a B.A. in Cinema and Television Arts. I’ve been a sports fan for my entire life, rooting for the Anaheim Ducks, Los Angeles Angels, Los Angeles Rams and Miami Heat. In my free time, I enjoy playing video games, trying to pour a perfect cup of coffee, and testing out a local craft beer.