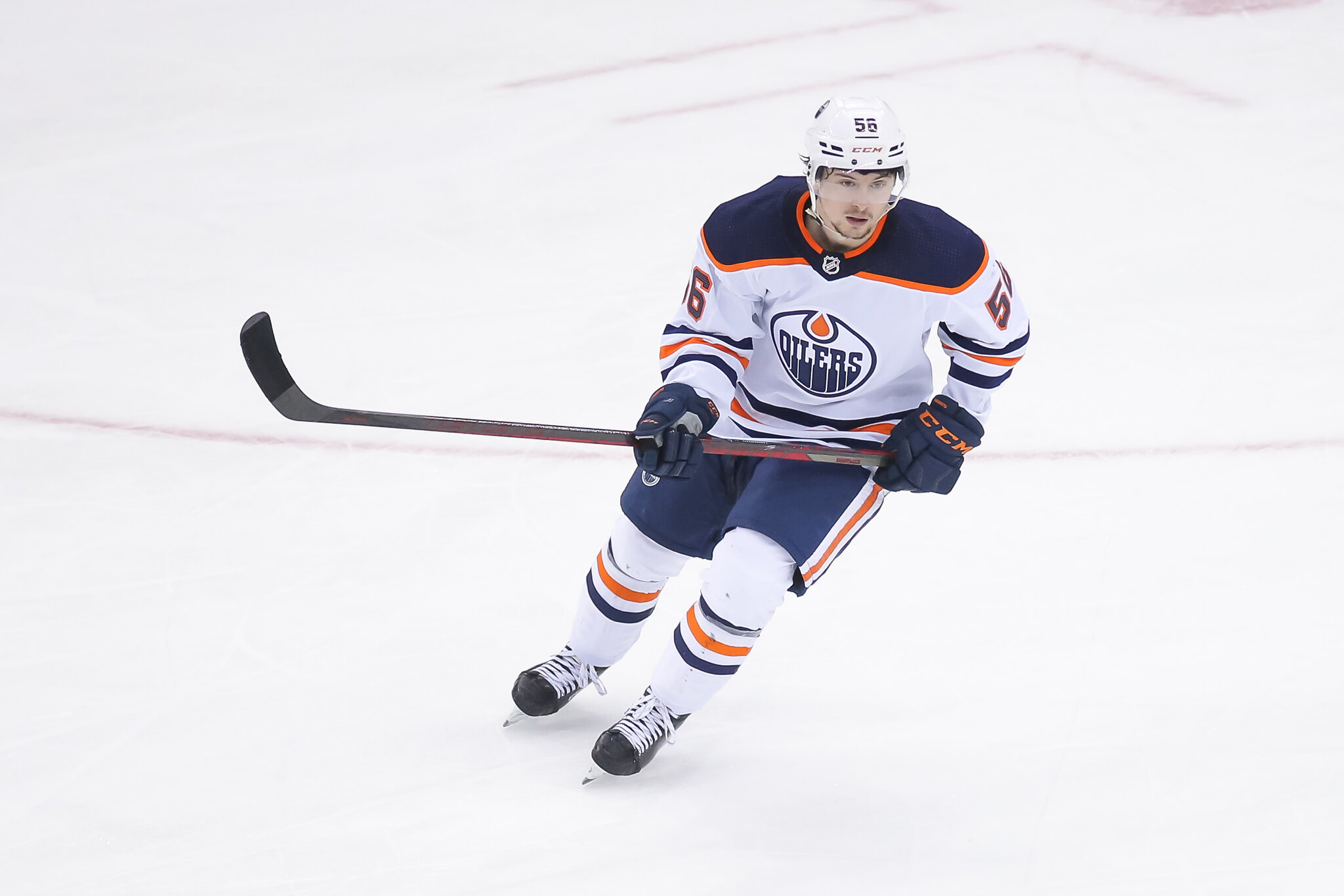 The Edmonton Oilers’ 2021-22 season was a much-needed step in the right direction, as they went from simply being a playoff team to one that many felt had a real shot at a Stanley Cup. However, advancing to the Western Conference Final this year means that expectations will be sky high for the 2022-23 season, as this fanbase is craving to see Connor McDavid and Leon Draisaitl lead them to the promised land.

While general manager Ken Holland has done a solid job this offseason in ensuring similar success in the upcoming campaign, he will need to rely on his players going out there and getting the job done for him. Though players like McDavid, Draisaitl and Evander Kane should have no issues continuing their dominance, the team as a whole would benefit in a big way with breakout seasons from some of their younger players. Here are a few that we could see a break out in a big way in 2022-23.

It may be easy to forget given how well he finished the season, but there was a significant bunch of Oilers fans through the first half of 2021-22 that believed Kailer Yamamoto should be traded. After a disappointing 2020-21 season, he began the 2021-22 campaign with no points through his first seven games and just 16 through 42 by the All-Star break. Things changed soon after that, however, and helped prove the player he is capable of being when at his best.

Post-All-Star break, Yamamoto had a much more impressive 25 points through 39 contests, 12 of which were goals. As a result, he ended his season with a respectable stat line of 20 goals and 41 points through 82 games. That said, he did spend a good majority of the year on a line with Draisaitl, making those totals seem somewhat underwhelming.

The hope for the 2022-23 season is that Yamamoto can find some more consistency in his game and, with that, put up higher point totals. The skill is there, and the soon-to-be 24-year-old is now at the age where he needs to show it on a nightly basis because he stands as good of a chance as any on the Oilers roster to have a major breakout 2022-23 campaign.

It wasn’t exactly the plan for the Oilers’ coaching staff, nor general manager Ken Holland, to have Ryan McLeod spend almost the entire 2021-22 season in the NHL, but that is exactly what happened. The 22-year-old centerman lasted just seven games in the American Hockey League (AHL) before getting called up in early November, and he was never sent back down.

Though his offensive totals of nine goals and 21 points in 71 games don’t jump off the page, they don’t tell the full story. McLeod was everything the Oilers could have hoped for in his rookie season, as he did a great job centering their third line. While his production wasn’t great, the opportunities were there, suggesting he could be in for much bigger totals in 2022-23.

Like Yamamoto, McLeod remains unsigned, but it’s expected that a deal will get done before training camp. While still young and growing, he looks like a very nice draft pick by the Oilers, having been the 40th selection in the 2019 draft.

One could argue that the 2021-22 season was a breakout year for Evan Bouchard, who, after sitting out the majority of the 2020-21 campaign, registered 43 points in 81 games, a total that led all Oilers blueliners. As if those totals weren’t impressive enough, he was even better in the playoffs, with three goals and nine points in just 16 games.

As impressive as he was offensively in 2021-22, we haven’t come even close to seeing Bouchard’s ceiling just yet. Despite playing with the poise of a long-established NHL veteran, he is still just 22 years old and has just 102 career games under his belt. If he is able to gain a full-time role on the Oilers’ number one power-play unit this upcoming season, he should have no problem whatsoever breaking the 50-point barrier.

Despite how much skill he has offensively, Bouchard had his fair share of critics last season due to his weak defensive play. There is no denying that he needs to improve in his own end of the ice, though that will never be his strength. Fans will have to learn to take the good with the bad, and assuming his offense continues to grow, they will likely have little to no issue in doing so.

Whether Dylan Holloway cracks the Oilers lineup out of training camp this fall remains to be seen, but if he does, he has a chance to become a high-impact player immediately. The 14th selection from the 2020 draft has great speed while also possessing the hands to keep up with his feet. He is also capable of playing both the wing and center ice position, making him a very versatile option for head coach Jay Woodcroft if he is indeed able to make the team.

Unfortunately for Holloway, he was limited to just 33 AHL games in 2020-21 due to wrist surgery. He was able to flash his potential during that short time, however, scoring eight goals and 22 points. At just 20 years old, the Oilers may choose to be very patient and cautious with his development, but whenever he receives the opportunity, he will be a player for fans to get excited about.

During the decade of darkness that the Oilers went through, one of their biggest problems was drafting. They missed on many more picks than they hit on, which made their rebuilding process a very long and excruciating one. Thankfully, that has changed as of late and is playing a large part in why they have turned things around as a team.

While three were first-rounders, all four players on the list above were Oilers draft picks, and all four have bright futures ahead of them. If they are all able to take steps forward this season, it could very well result in this team having even more success than they did this past year.