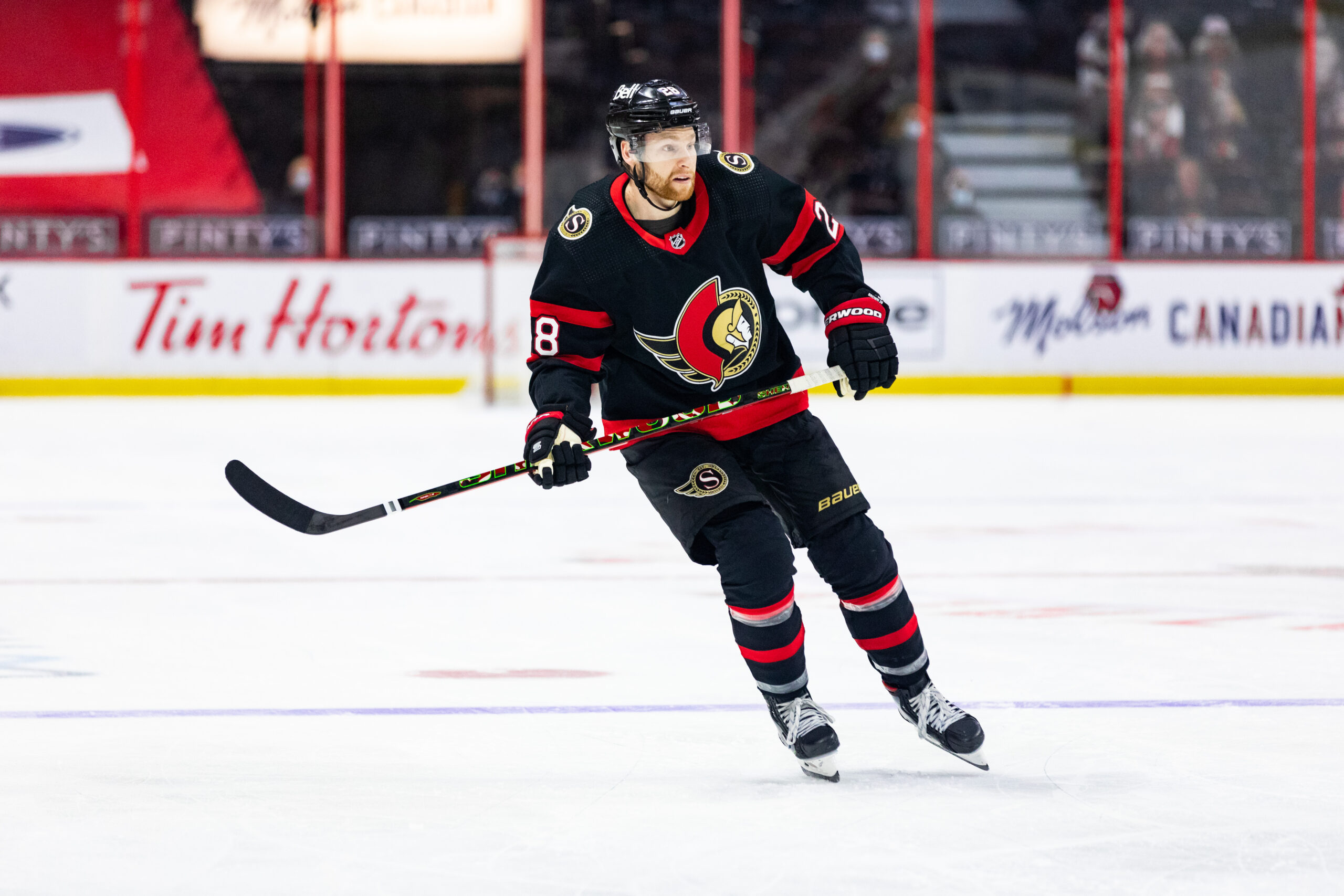 Hockey insider Elliote Friedman recently said on a Sportsnet broadcast that the Ottawa Senators must make a decision on Connor Brown. The Senators forward has one year left on his current deal with a cap hit of $3.6 million AAV, but there’s a feeling that he’d like to test the market after the 2022-2023 season. If that’s the case, then they might consider trading him.

Brown, who is a former linemate of Connor McDavid from their junior days playing with the Erie Otters, is a tenacious player who is good defensively and has the ability to put up points, tallying 39 points in 64 games this past season. If the Senators decide to trade Brown, the Oilers should make a pitch for him, because his two-way game and point production can help them with another solid playoff push, next season.

Brown’s Two-Way Game is Exactly What the Oilers Need

A 2021 post for The Hockey Writers described Brown as a defence-first player that takes care of business in his own end. He makes the most of his ice time by shutting down opponents’ top offensive lines, but at the same time can generate offence. You won’t see him on the highlight reels for the most part, but he’s known to have a tenacious motor and above-average hands. He might not be a true top-six forward, but can play in the top six if needed, and he also plays on the penalty kill. If the Oilers brought him into the fold, he’d have the ability to line up with McDavid or Leon Draisaitl on the right-side, but also in a checking role on the third line, if needed.

This past season, according to Natural Stat Trick, he started 56 percent of his shifts in the defensive zone and finished the campaign with a 49.4 percent Corsi (CF%). Not bad for someone that played on a Senators team with a minus-39 goal differential. The opposing players he played most against this past season were Mitch Marner (47:52 minutes), John Tavares (36:07), Mika Zibanejad (35:34), and Chris Kreider (32:31). Just two seasons ago he shared second place in takeaways with Draisaitl, with 56 in 56 games, earning himself votes for the Frank J. Selke Trophy.

On a different note, it’s still unknown if the Oilers can bring back Evander Kane for next season. If he doesn’t return, his goal scoring will be severely missed, but at the same time, the Oilers allowed 59 goals in 16 playoff games, which is quite high. Scoring goals is important, but so is defence, and adding a defensive-minded player like Brown (and a reliable goaltender) would help bring down their goals against. He could neutralize the opposing team’s top lines, and cut down on the goals against, while also being able to contribute to the scoreboard. Although winning games 8-5 is exciting, the Oilers need to be able to win games 2-1 as well.

Another reason the Oilers should try to acquire Brown is his familiarity with the Oilers’ captain. In the 2012-2013 season, a 15-year-old McDavid joined the Otters. The following year, Brown broke out offensively in his final season in the Ontario Hockey League (OHL), playing on a line with McDavid. He tallied 45 goals and 128 points in 68 games, and led the OHL in scoring. Despite his offensive outburst, it was his defensive play that stood out most to his head coach at the time, Kris Knoblauch, saying, “If someone stole the puck from him, he almost took it personally. It’s not often you see a guy win a scoring title, but I was impressed with his defensive play.”

Additionally, Brown is said to be good friends with current Oiler Zach Hyman. They played together for a few seasons with the Toronto Maple Leafs, and both made their NHL debuts in the 2015-2016 season. On that note, it’s stated that Brown plays a similar game to Hyman — and with the way Hyman raised his level of play this past postseason with the Oilers, Oil Country can agree that you can never have enough players of that calibre.

The Senators have a bright future with stars like Tim Stutzle, Josh Norris, and Brady Tkachuk, but they finished second-to-last in the Atlantic Division, and likely won’t be competitive for another few years. That said, to get a deal done for Brown, who only has one year remaining on his contract, the Oilers need to send salary the other way.

Related: Oilers Would Lose in an Anderson for Bourgault Trade

If the Oilers sent Zack Kassian and his $3.2 million AAV to the Senators, he could provide added muscle to their lineup to help protect their youngsters. Also, Senators head coach D.J Smith previously coached Kassian in junior with the Windsor Spitfires, and they won a Memorial Cup together in 2010. There’s familiarity between coach and player, and Smith might be able to get the best out of Kassian.

The Oilers would have to add a sweetener to the deal. They have three right-shot offensive prospects in the pipeline, and I’m wondering if Oshawa Generals’ captain, Tyler Tullio who netted 86 points in 65 games in the OHL this past season, and a fifth-round draft pick, would be enough to get a deal done? The Oilers signed him to an entry-level deal last September, and he’s an Ontario native with good offensive potential. He led his team in the regular season in points by 25, and also added seven points in six games in the OHL playoffs.

All in all, a player that can play up and down the lineup like Brown, shut down the opposing team’s elite players, and contribute on the scoresheet is someone you should go after if the right deal is available. The Oilers moved the needle forward with their Western Conference Final appearance this season, and a player like Brown can help them get one step closer to the elusive Stanley Cup.

Oilers and Senators fans, would you make that deal? What would you include to get a deal done?

He’s the first ever Ultimate MVP fan of the NHL as declared by Upperdeck – He’s been featured on CBC Radio providing hockey analysis for the Edmonton Oilers – He’s a freelance writer and Edmonton Oilers’ Sportswriter for the Hockey Writers.