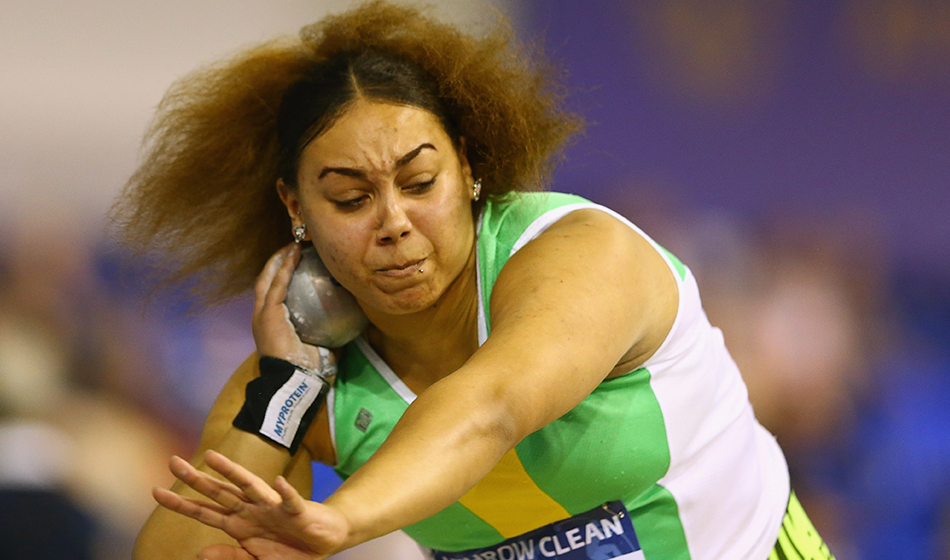 Emily Campbell, once a prominent junior track and field athlete, will be one of the flagbearers for Team England as she returns to the Alexander Stadium once again.

The 28-year-old became the first ever British female weightlifter to win an Olympic medal after her silver in Tokyo and is now one of the leading lights amongst the English Commonwealth squad for the 22nd edition of the Games in Birmingham.

Carrying the flag at the Opening Ceremony around the newly redeveloped Alexander Stadium will bring back memories for Campbell as she used to compete in the shot put, discus and hammer throw in the older version of the stadium.

Between 2008 and 2016, Campbell took part at competitions from English Schools to the British Championships. Her best finish at the national championships was sixth when she threw 14.06m in 2016. Sophie McKinna and Amelia Strickler finished second and fourth respectively.

“I’ve got loads of happy memories from Alexander Stadium as we used to do Midland League, women’s leagues and go and compete there a lot, Campbell said. “I had amazing people around me and made a lot of friends so it will be really nice going back there for the Opening Ceremony.

Emily Campbell, who won Olympic silver in weightlifting at Tokyo, will be one of the flag bearers for Team England at the Commonwealth Games.

She used to compete in the shot put, discus and hammer and took part at @SchoolAthletics at Alexander Stadium back in 2010!

“I remember it [the old Alexander Stadium falling apart]. We used to hate it as throwers as well because the infield was uphill so we used to measure centiremetres every time you threw. My first big competition was English Schools and it was such a community atmosphere. I think it will be living it all over again but this time it’s more polished.”

The hope will be that Birmingham 2022 can repeat the energy, enthusiasm and legacy that surrounded the London 2012 Olympics.

It will be the first time that England has hosted a multi-sport event on this scale since then.

Tomorrow (July 27) marks a decade since the London 2012 Opening Ceremony.

“Everybody remembers London,” Campbell added. “I remember Super Saturday like it was yesterday with athletics being my very first love. I watched Greg [Rutherford], Jess [Ennis-Hill] and Mo [Farah] and I was at an performing arts event and we sneaked into the middle room which had a TV to watch the action.

“The legacy that came from 2012 was just fantastic and we’re in a position with Birmingham to do something on the scale of that. The city is buzzing and I can’t even imagine what it is going to be like when everybody gets here. There are so many little boys and girls who want to watch us and that’s great for us as a nation.”

Based on the mood around Birmingham already, the Games has every chance to take the baton from London with open arms.