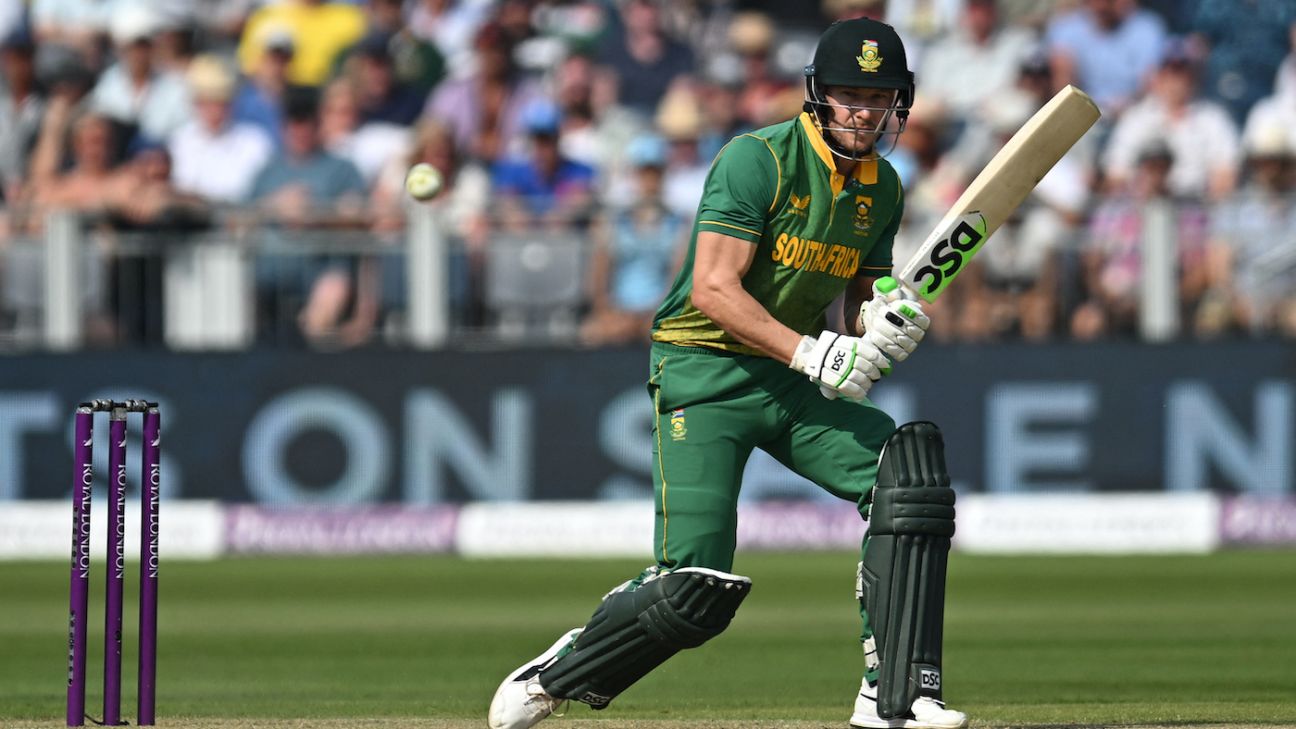 Jos Buttler opted to chase in the deciding T20I against South Africa as his men seek a first white-ball trophy at home this summer. England have managed at least one limited-overs series win at home since 2013, and this match is their last opportunity to get their hands on a cup after losing the ODI and T20I series to India and sharing the ODI series with South Africa.
Likewise, South Africa are chasing history. They have never won a T20I series in England and last won an ODI series in the country in 1998. They’ll make their push for a series win without senior seamer Kagiso Rabada, who was ruled out of the deciding T20I after sustaining a left ankle injury. Rabada was rested for the ODIs and is set to play a key role in the three-Test series, which starts on August 17, and will be monitored by Cricket South Africa’s medical team. Anrich Nortje was preferred over Marco Jansen in Rabada’s absence.
South Africa made one other change, with Aiden Markram, ranked No.3 on the T20 batting charts, in place of Heinrich Klassen. Markram also offers a sixth bowling option, in addition to the two specialist spinners – Keshav Maharaj and Tabraiz Shamsi – and three seamers. Lungi Ngidi will lead the attack, with Andile Phehlukwayo in the allrounder role.
England also made a change to their pace attack, albeit not injury-enforced. Richard Gleeson, who was expensive in the first two T20Is, was replaced by David Willey.
Meanwhile, South Africa’s stand-in captain David Miller marked a milestone in this match. He earned his 100th cap for South Africa (and 103rd T20I cap after three appearances for a World XI). “Looking back, it’s gone so quickly. I would never have dreamt to have played as many games for South Africa as I have,” Miller said in a statement. “It’s taken me 13 years to reach this milestone, and I’m just really privileged to have represented my country for as long as I have, and I’m really excited for today.”