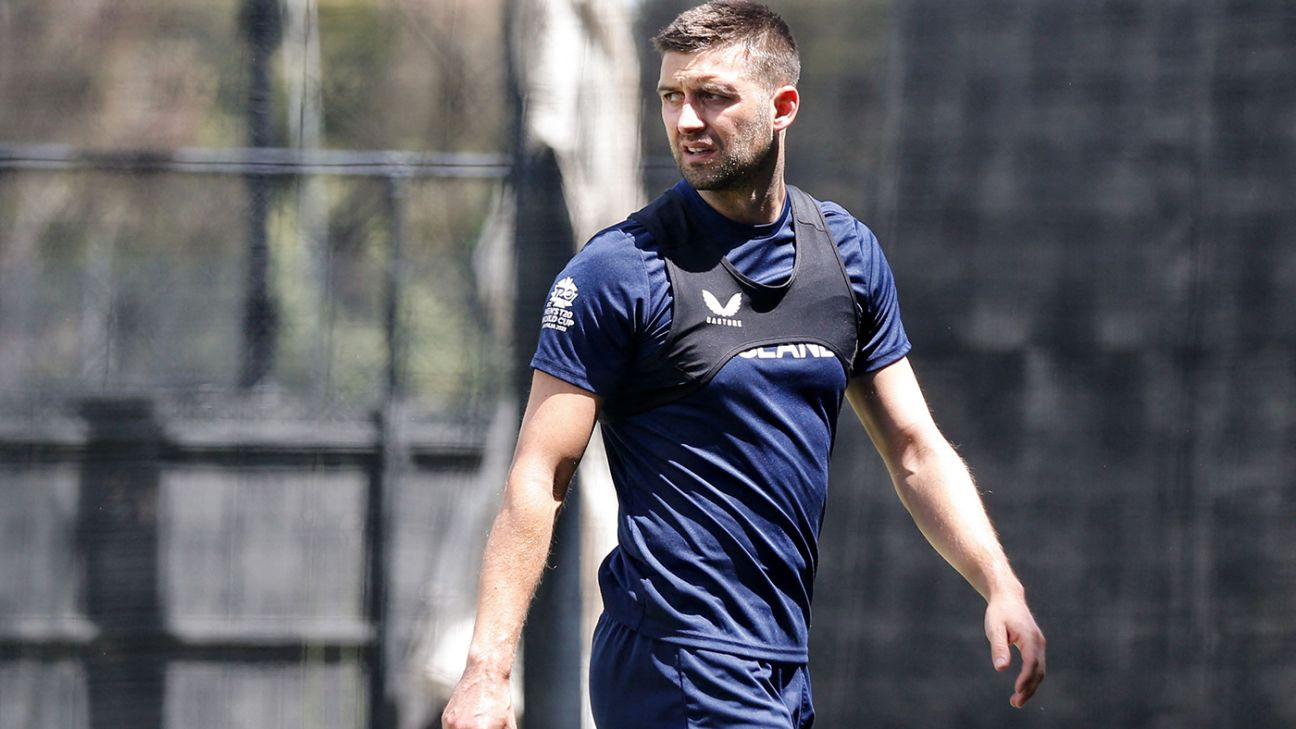 England will keep “an open mind” over the availability of Mark Wood and Dawid Malan for Sunday’s T20 World Cup final against Pakistan at the MCG, according to coach Matthew Mott.
Wood and Malan both suffered injuries during England’s final Super 12s game, their four-wicket win over Sri Lanka in Sydney, and were replaced in the playing XI by Chris Jordan and Phil Salt respectively for Thursday’s semi-final against India in Adelaide.

England travelled to Melbourne on Friday morning and will only train once before Sunday’s final. “We’ll keep an open mind. It’s a short turnaround again: a travel day and then almost straight into it with one training session,” Mott told the BBC. “There’s not a lot of time for them.

“I’d like to maintain a little bit of hope for them but it’s disappointing. They’ve been two great players for us, over history but particularly over the last month. They’re big players but as we’ve shown, with the depth of players coming in and finding a way, and the versatility within the group, we can manage around it.”

Wood’s injury was initially described as muscle stiffness by the England camp but he released on his Good Pace for Radio podcast that he had strained his hip flexor four balls into his first over against Sri Lanka.

“The next day I’d had time to cool down and the adrenaline had worn off, and I had a bit of a right hip issue. I’ve been for a scan and things and had a look at it and tried my best to make it for the last game but I just couldn’t bowl at the speeds or intensity required to play for England. I just couldn’t get my hip going.

“Hopefully, if required, I can try and get it right for this game [the final]. I don’t know if I’m going to be able to. The team did really well last game but if the captain desperately needs me and I’m fit enough then I’ll put my name in the hat like everybody else.”

England’s management may be reluctant for Wood to risk aggravating his injury before their Test series in Pakistan next month but he insisted his only focus is on Sunday’s final. “Yes, that [tour] is important, but I’m honestly not looking past this,” he said.

“I want the team and everybody to be successful here and we played fantastically well in the last game. It was just a bit of a scramble for myself where I was trying to see if I could get to the level required and I just couldn’t get to it.”

Jos Buttler, England’s captain, said after the semi-final against India that it was “never an option” for Malan and Wood to play. “They weren’t at a level of fitness that they could have performed as they would have wanted to in the game,” he said.

“Getting through to the final gives them a few more days and we can see how they pull up and hopefully progress to be available for selection come the final.”