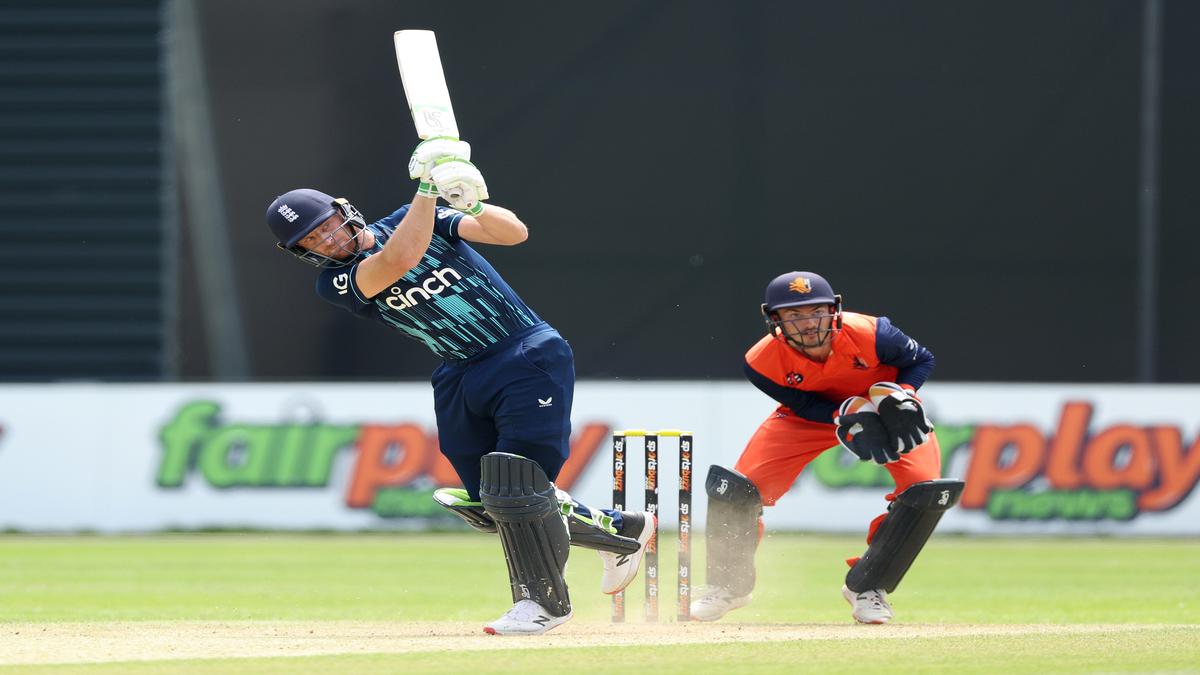 England registered the highest innings total in the history of ODI cricket by amassing 498 for four in 50 overs against Netherlands in Amstelveen on Friday.

It went past its record of 481 for six against Australia in Nottingham in 2018. England also has the third-highest ODI team total – 444 for three against Pakistan in Nottingham in 2016. Sri Lanka’s 444 for three against Netherlands in Amstelveen in 2006 and South Africa’s 439 for two against West Indies in Johannesburg in 2015 round off the top five.

England rode on three centuries centurions to get to the record mark. Phil Salt (122 off 93) and Dawid Malan (125 off 109) struck their maiden ODI hundreds before Jos Buttler’s astounding 70-ball unbeaten 162. Liam Livingstone gave the innings a flourishing end with his 22-ball unbeaten 66, bringing up his half-century off 17 balls – the fastest by an Englishman in ODI cricket.