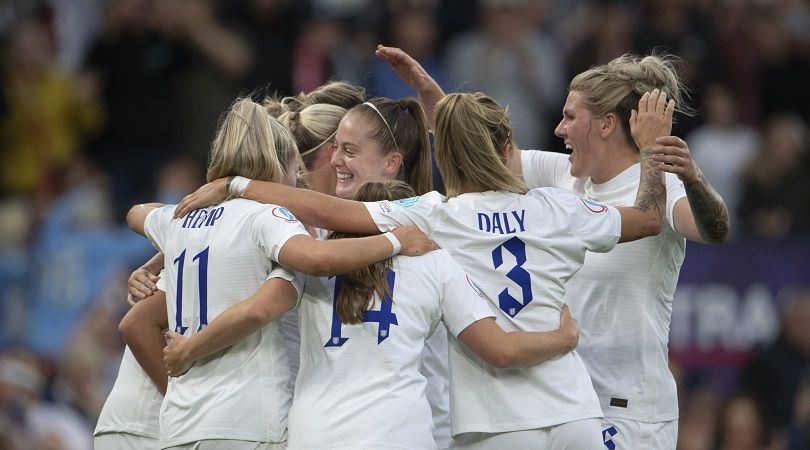 England and Sweden will go head-to-head on Wednesday for a place in the final of the European Women’s Championship.

It is fair to say that the Lionesses rode their luck last time out. Spain dominated much of their quarter-final in Brighton and took a deserved lead through Esther Gonzalez in the 54th minute.

They had chances to pull further clear of the hosts, who were visibly less comfortable in possession than their opponents. In the first hour it looked as though England were struggling to deal with the enormity of the occasion.

They did not let their heads drop, though. England dug deep and fought their way back into proceedings. Ella Toone restored parity in the 84th minute to force extra time, during which Georgia Stanway let rip from outside the area to send the Falmer Stadium delirious.

Sarina Wiegman will have learned plenty about her players’ character and resolve in testing circumstances, but she will hope to see an improvement in their all-round showing on Tuesday.

Sweden are another excellent team who are more than capable of knocking England out if the hosts perform below their potential. They outplayed Belgium in the quarter-finals and should really have triumphed by a much wider margin than 1-0. Sweden were in full control of the match even though they did not break the deadlock until second-half stoppage time.

Having reached the last four of the 2019 World Cup and finished as runners-up at last year’s Olympics, Sweden are a team on the up. Peter Gerhardsson is an astute tactician and his team is one of the most balanced at the tournament.

Yet England will have drawn significant belief from the manner of their victory over Spain. The Lionesses sailed through the group phase without any difficulty whatsoever, and they had to show different qualities last time out. Beat Sweden on Tuesday and England will believe it is their destiny to go all the way.

Kick-off is at 8pm BST on Tuesday 26 July. The game is live on BBC One, BBC iPlayer and the BBC Sport website in the UK. See below for international broadcast options.

If you’re out of the country for a round of Euro 2022 fixtures, then annoyingly your domestic on-demand services won’t work – the broadcaster knows where you are because of your IP address (boo!). You’ll be blocked from watching it, which is not ideal if you’ve paid up for a subscription and still want to catch the action without resorting to illegal feeds you’ve found on Reddit.

How to watch Euro 2022 live streams for UK subscribers

How to watch Euro 2022 live streams for US subscribers

ESPN and TUDN have the rights to show Euro 2022 in the USA.

How to watch Euro 2022 live streams for Australian subscribers

Optus have the rights to show Euro 2022 in Australia.