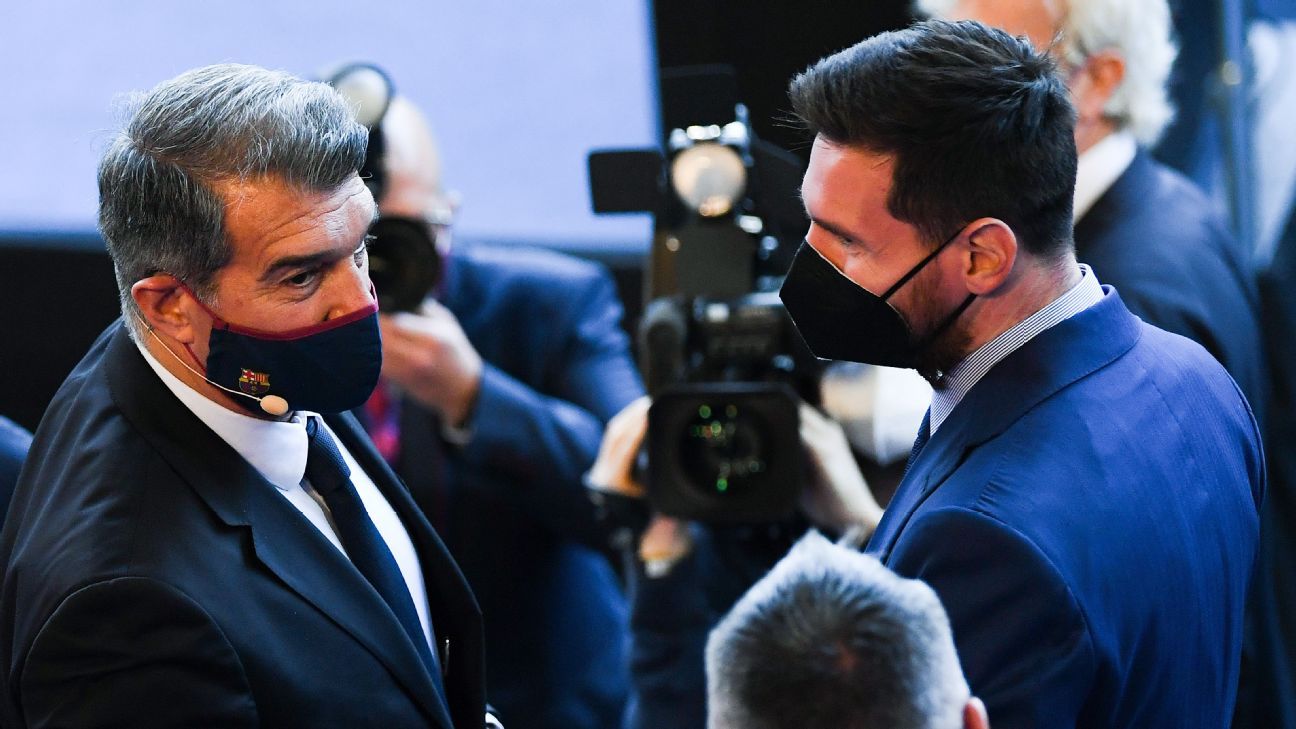 Barcelona president Joan Laporta has said he is firmly committed to having a special tribute to Lionel Messi as the forward deserves “eternal recognition” for his contribution to the club.

Laporta’s relationship with Messi deteriorated after Barcelona announced last summer that due to financial problems Messi would not return, a decision that prompted the Argentina captain to sign for Paris Saint-Germain on a free transfer.

– La Liga on ESPN+: Stream LIVE games and replays (U.S. only)
– Can Dani Alves extend his record trophy haul even further?
– Preseason schedule: When, where, who Europe’s top clubs will play

Earlier this year, Laporta described that decision as the “hardest he ever made” but said “he did not regret it because the club always comes first.”

Due to COVID-19 enforced restrictions, Messi did not get a chance to say goodbye to Barca fans as he would have wanted.

Messi said in November he was “hurt” by his unexpected exit from Barca having agreed a salary reduction of 50% to remain at the club.

Laporta said he was “sad” at how things turned out with Messi but is hopeful they can smooth things out.

“It makes me sad and until we don’t solve it, I will have that feeling,” he said. “At the time the circumstances forced us to do what we did, but it cannot spoil the recognition that we owe him. I hope we get to do that sooner rather than later, that we could pay homage to a player who has given us so many years of glory.

“Without him, you couldn’t understand the last 20 years of Barca. He has been the cornerstone of all club teams during that time.”

Barca are reportedly hopeful Messi will agree to participate in an event to pay tribute to his illustrious career in 2024 at the Camp Nou, coinciding with the celebrations of the club’s 125th anniversary.

Messi, a seven-time Ballon d’Or winner, won 35 titles, including four Champions League trophies, in his 17 seasons at the Barca.