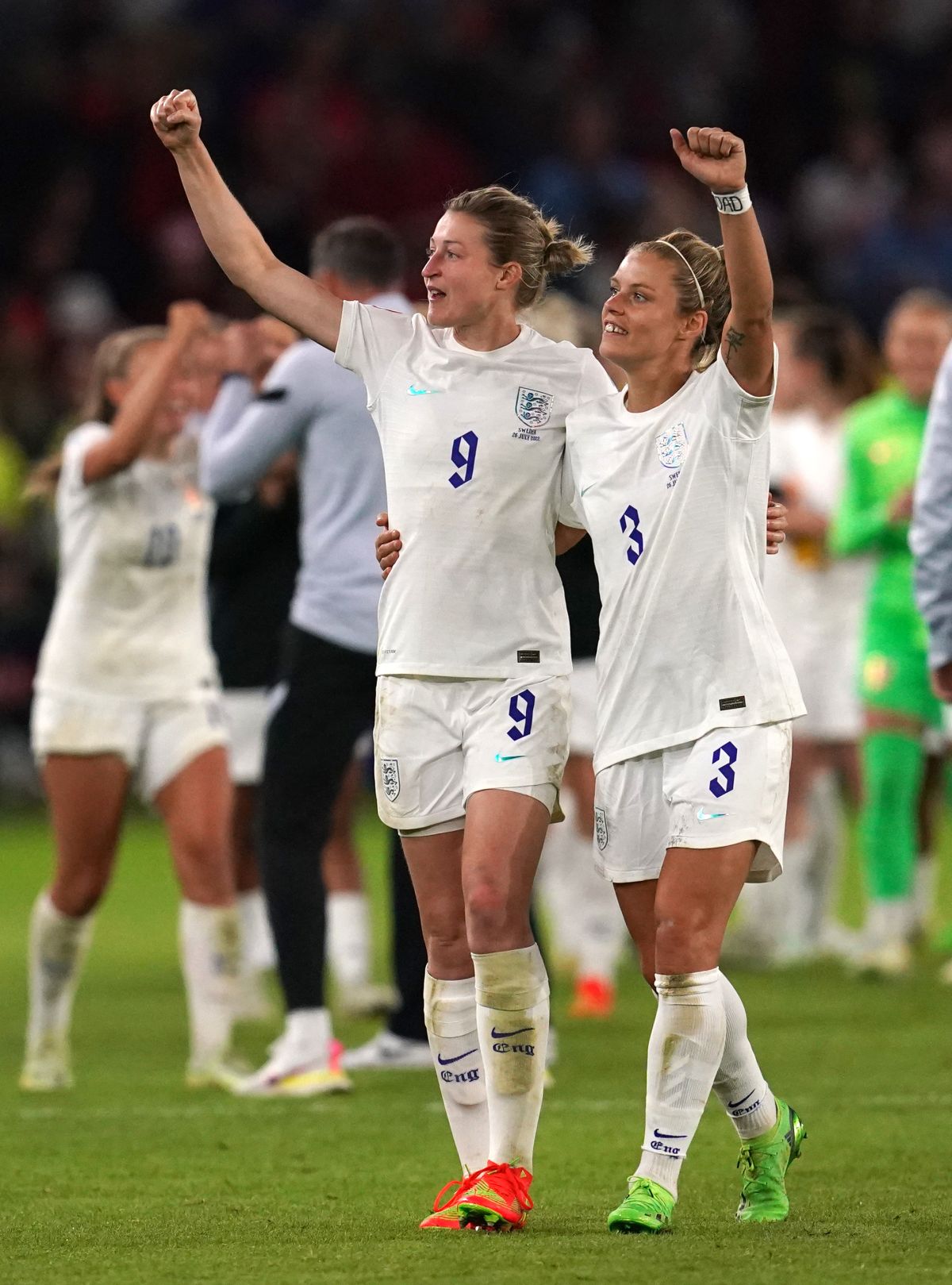 England powered into their first major women’s final since 2009 with a stunning 4-0 win over Sweden in their Euro 2022 semi-final at Bramall Lane.

Tournament top scorer Beth Mead put Sarina Wiegman’s side on course for a Wembley date with Germany or France after 34 minutes before turning provider for Lucy Bronze to double the lead.

Substitute Alessia Russo added a brilliant third with a backheel and Fran Kirby made it 4-0 with a chip late on.

Sweden, the world’s number two ranked side, had started well with Stina Blackstenius hitting the bar but the Lionesses ultimately proved too strong with Lauren Hemp also rattling the woodwork.

England coach Sarina Wiegman urged her players to enjoy the moment after a victory she felt would resonate around the world game.

Wiegman told the BBC: “We will celebrate now a little bit but, as I’ve said before, we have come very far now and we don’t want to take it away.

“This result will go all over Europe and the world. It was such a performance that tomorrow everyone will talk about us.

“I think we have shown that we are very resilient. I don’t think we started the game well but still we found a way.”

Mead, who now has six goals for the tournament, barely seemed able to comprehend the magnitude of England’s achievement in reaching the final.

“I think at the full-time whistle we didn’t really know what to do,” she said. “It was an incredible atmosphere and we’re just delighted to be in the final.”

Attention will switch to Milton Keynes on Wednesday as Germany and France face each other for the right to meet England at Wembley.

Germany may have history on their side as eight-time champions but France, at the last-four stage for the first time, have proved a threat in this tournament.

Germany coach Martina Voss-Tecklenburg said: “I think everyone saw in the group stages and in the quarter-finals that France have a very strong team who are able to find good solutions to get out of pressure.

“They focus on their play in the transition because they have a lot of pace in their team and direct a lot of their attacking play down the wings.”

France coach Corinne Diacre also believes her side can make an impact.

“My players are confident,” she said. “My group’s mental attitude was truly exceptional in the quarter-final, because they didn’t let up.”

Picture of the day

Stat of the day

Quote of the day

The former England and Arsenal defender, working as a pundit for the BBC, can barely believe what she has witnessed.