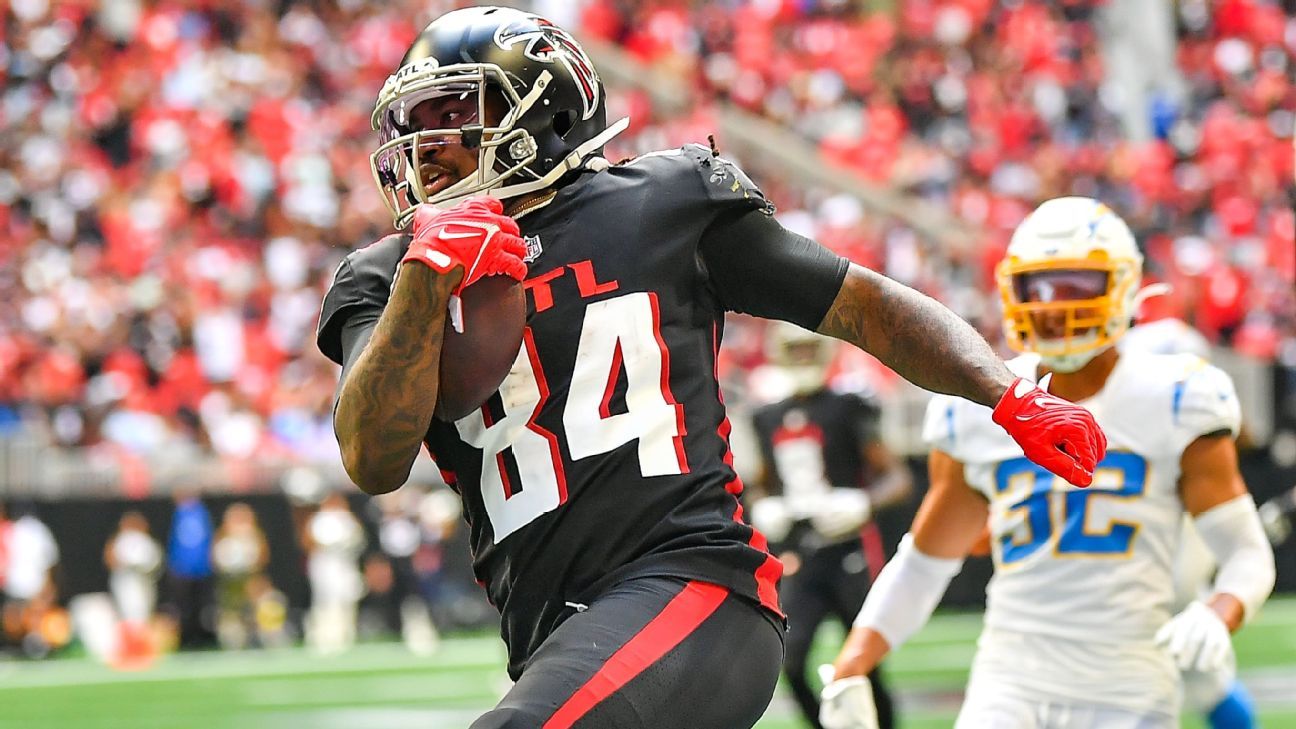 Week 10 of the NFL season gets started Thursday night with an NFC South matchup between the 4-5 Atlanta Falcons (-3, 42.5) and the 2-7 Carolina Panthers. What can expect from a betting standpoint for Thursday night’s game?

The Falcons have been one of the surprising stories of the season, currently holding a share of first place in the NFC South at 4-5. They are a 3-point road favorite in Carolina over the 2-7 Panthers. Who do you like in this matchup?

Fortenbaugh: Carolina +3. How are the Falcons laying 3 points on the road in this matchup? The look-ahead line for this showdown was Atlanta -1, which was released just before the Panthers lost to the Bengals and the Falcons fell to the Chargers. So why the 2-point adjustment to the key number of 3? Additionally, when these two met just two weeks ago in Atlanta, the Falcons were laying 4.5. So -4.5 at home and -3 on the road? That’s just too big a number, especially when you consider the fact that in that aforementioned matchup two weeks ago, Carolina outgained Atlanta by 72 total yards in a 3-point overtime loss.

Marks: Love the Falcons in this spot. Atlanta runs the ball really well and will run all over a Carolina rush defense that just got destroyed by Joe Mixon and the Bengals. The Panthers defense was on the field for 40 minutes and now, on a short work week in rain and 25 mph winds, will have to stop Marcus Mariota, Cordarrelle Patterson and Tyler Allgeier. Carolina has yet to score a TD in the first quarter and has only three TDs in 50 offensive drives in the first half of games this season. I’ll lay the -3 with the Dirty Birds, I’ll also play them (-1) in the first quarter, (-1.5) in the first half and over 23.5 team total points.

Moody: I recommend betting the under. When two great NFL teams play midweek, there is a lot of uncertainty. We have two suboptimal teams playing on Thursday night. In total yards per game, Carolina (30th) and Atlanta (25th) rank near the bottom. The Panthers rank 23rd in points scored per game. This game could also be affected by weather. It is likely that the remnants of Hurricane Nicole will bring scattered showers and wind to Bank of America Stadium, which is an open-air stadium, so teams will have no protection from the rain or wind. The under is 4-2 in the Falcons’ last six games and 6-0 in its last six Thursday games, and the under is 7-3 in the Panthers’ last 10 divisional matchups.

Marks: I already placed this bet two weeks ago. Atlanta has the second-easiest strength of schedule for the remainder of the season, and their rushing attack gets even more explosive with the return of Patterson. I’m not sold that a win against the Rams turns the Bucs’ season around, I’m not sold on an Andy Dalton offense, and the Panthers’ season can’t end fast enough.

Schatz: I think the Buccaneers are the clear favorites to take this division. They still rank 10th in DVOA despite the losing record, but our playoff odds simulation says the value here is with the Falcons +320. It’s not much value, but we would put the Falcons closer to +240. Anita is right about the schedule; in fact, by DVOA instead of win-loss record, the Falcons have the easiest remaining schedule, not the second-easiest!

Walder: I’d bet the Falcons at +320. I agree with Aaron; the Bucs are the favorites, but not favorites to this degree. I don’t think just because Tom Brady led a comeback against the Rams we should assume the Bucs are back: they still struggled on offense for most of that game. Atlanta’s offense has simply been better. Now, going forward offensively I think it’s close and the Bucs are the better defense by a lot. But in a one in four shot at Atlanta pulling this out? I’d take it.

The NBA season is here. Sign up for ESPN Fantasy Basketball today! Play for free

Is there anything in the prop market you are playing in this game?

Marks: I’m all in on Patterson. He should have a monster night against this Panthers rush defense! Patterson over 51.5 rushing yards (-115) and anytime TD (even).

Dolan: Patterson over 51.5 rushing yards is the right move in this matchup. The Panthers defense ranks 28th against the run. Carolina’s defense just gave up five touchdowns and 153 rushing yards to Mixon. In his return to the field last week, Patterson had 13 rushing attempts for 44 yards and two touchdowns. He hit over this mark in two of five games played this season, but keep in mind he blew past his number against the Saints and Seahawks. He did not play in the 37-34 overtime win over the Panthers a couple weeks ago, but the Panthers allowed 167 rushing yards in that game without Patterson on the field.

Snellings: I agree with the love for Patterson, but to switch it up I’ll go Patterson over 62.5 total rushing/receiving yards. Patterson could go over this total in rushing alone as an explosive runner against a struggling Panthers run defense, but he’s also a great pass-catcher/former wide receiver who could turn a single reception into more than 11 yards.

Schatz: I agree that the Falcons will be running the ball a lot here, and the one thing the Panthers do well is cover opposing No. 1 receivers, where they rank fifth in DVOA. Drake London had just 31 yards in the game two weeks ago, and I’m going with London under 39.5 receiving yards (-119) in this game as well.

Moody: Allgeier over 31.5 rushing yards. Patterson performed well against the Chargers last Sunday, but Allgeier will continue to be actively involved in the Falcons’ committee. He accumulated 99 rushing yards on 10 attempts against the Chargers. The Falcons are averaging 33.7 rushing attempts per game, and that trend should continue Thursday given the weather forecast. The Panthers’ defense has allowed 139.3 rushing yards per game, and Allgeier, who is averaging 4.5 yards per rush, could see 10 or more rushing attempts against Carolina.