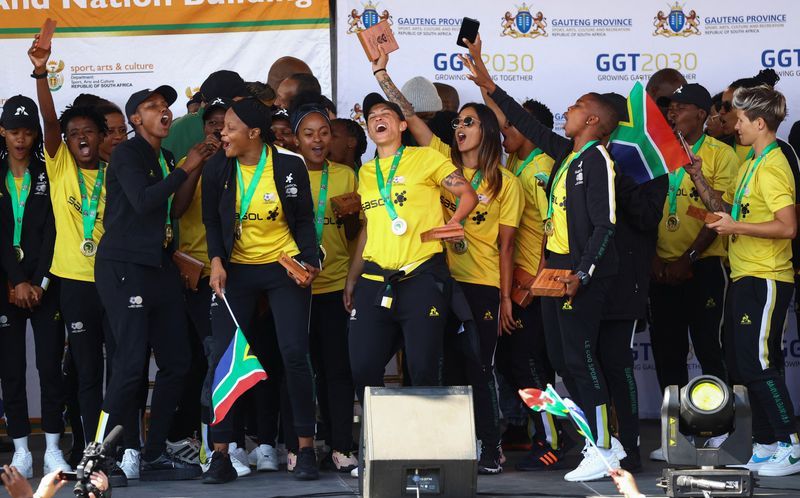 Head coach Desiree Ellis said she was very emotional to see such support on the team’s return.

“We always wanted to win for the fans,” she said.

South Africa finished runners-up at five previous Women’s Africa Cup of Nations tournaments, including at the last one in 2018.

Supporter Mamelo Maka said: “It’s inspiring because the young girls are watching. They also want to go and play for our national team”.