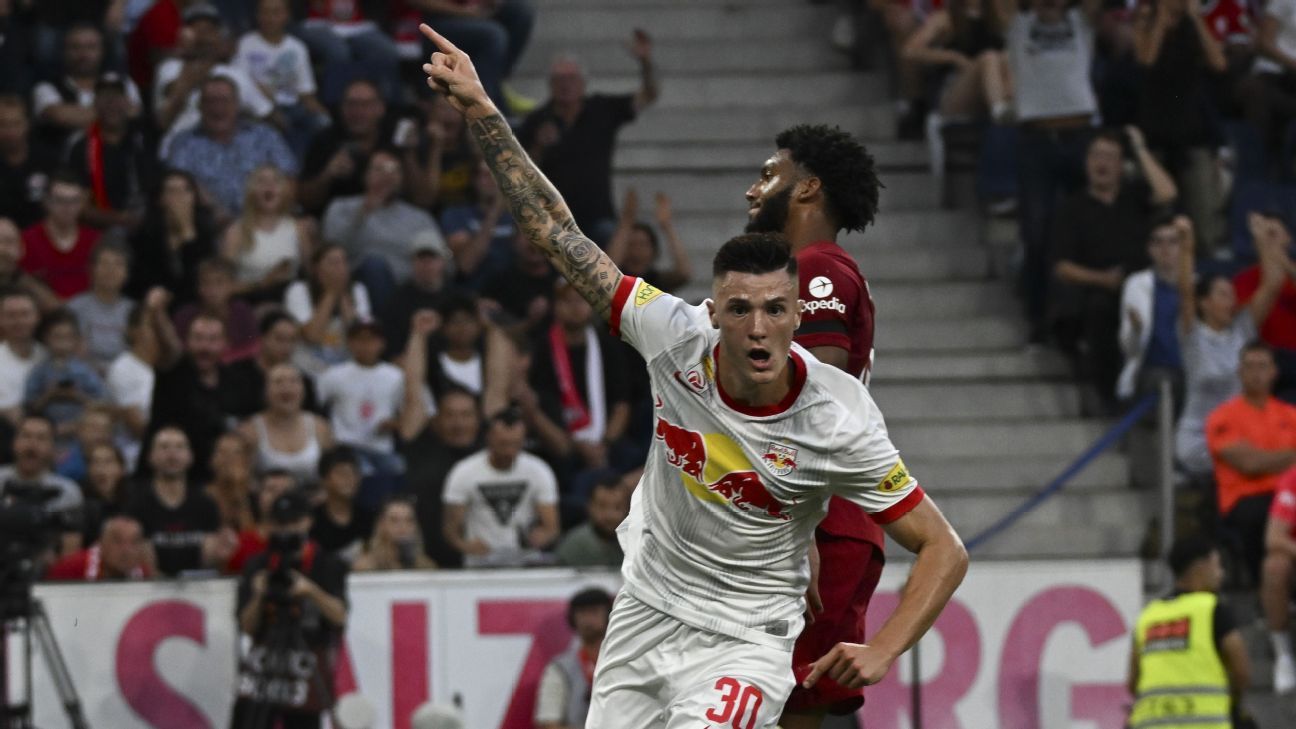 FC Salzburg held off a furious finish from Liverpool to come out 1-0 victors in their preseason friendly at the Red Bull Arena on Wednesday night thanks to a lone goal from Benjamin Sesko.

Liverpool’s new arrival Darwin Nunez looked threatening in the opening 25 minutes, but could not find the back of the net.

At the other end, Salzburg were gifted a chance for the opener when Joe Gomez misplayed a headed clearance and, following a kick save from Liverpool’s Adrian on a close-range shot by Sesko, Fernando somehow missed from the rebound at the near post in front of a wide-open goal.

Sesko made amends for his earlier miss soon after, picking up a pass from Oumar Solet that split the Liverpool defence and calmly slotting past Adrian with his first touch to put the score at 1-0 ahead of half-time.

Salzburg keeper Nico Mantl did well to preserve his team’s lead shortly after the hour mark with a split-second reaction save when Luis Diaz arrived on his doorstep following some intricate passing by Liverpool in the area.

Diaz had the ball in the back of the net as full-time approached, but the goal was ruled out for offside as Roberto Firmino‘s through ball was a second late to the Colombia international and the linesman’s flag went up.

Jurgen Klopp’s side dominated the closing minutes and had numerous chances to draw level, but Salzburg hung on with a combination of fortunate bounces and good saves from Mantl to see out the result.

Liverpool face Manchester City in the Community Shield on Saturday (stream live on ESPN+ at noon ET) and begin Premier League play away to Fulham on Aug. 6, while Salzburg start play in the Austrian Bundesliga against SK Sturm Graz on July 30.