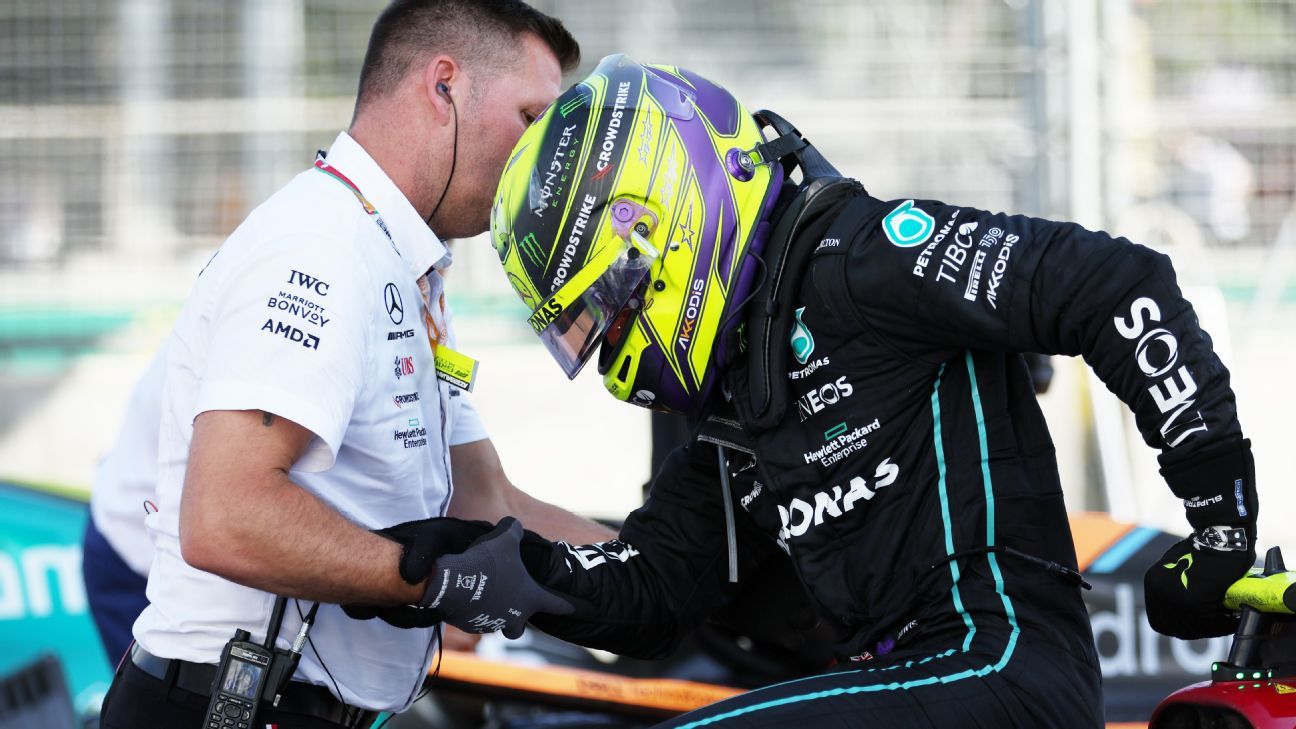 MONTREAL, Canada — Motor racing’s governing body, the FIA, has introduced measures aimed at eliminating the dangerous levels of bouncing some Formula One cars have been doing at high speeds this year.

There were concerns about Lewis Hamilton‘s health after the Azerbaijan Grand Prix when he climbed out of his car with extreme lower back pain, following 95 minutes of being violently bounced around in the cockpit of his car.

Hamilton had spent the race experiencing 6G in vertical loads due to disrupted airflow under the car, something Mercedes has struggled with more than any other team this year.

Mercedes was not alone in struggling in Baku – McLaren’s Daniel Ricciardo said his race felt like someone bouncing his head around like a basketball.

Ferrari has also experienced bouncing in its car this year.

On Thursday, ahead of this weekend’s Canadian Grand Prix, the FIA confirmed it is intervening in the situation in the interests of driver safety.

The FIA has issued a technical directive to F1’s 10 teams stating it will be taking closer scrutiny of the planks and skids, both in terms of their design and observed wear.

It is also devising a mathematical formula that will measure the amount of bouncing a car is doing, which will include a limit of what is acceptable and what is not.

This metric is still being devised by the FIA and teams have been invited to contribute to the process.

The FIA said it has consulted with doctors over the issue following Hamilton’s complaints in Baku.

A statement released on Thursday finished by saying: “In a sport where the competitors are routinely driving at speeds in excess of 300km/h, it is considered that all of a driver’s concentration needs to be focused on that task and that excessive fatigue or pain experienced by a driver could have significant consequences should it result in a loss of concentration.

“In addition, the FIA has concerns in relation to the immediate physical impact on the health of the drivers, a number of whom have reported back pain following recent events.”

Mercedes has since admitted it went too extreme on Hamilton’s set-up, with strategy chief James Vowles saying “we pushed the package and our drivers too far”.

The issue will likely be a major talking point going into Canada’s race.

After Baku, Red Bull boss Christian Horner suggested Mercedes had been overplaying their car bouncing issues as an excuse for their car not being competitive enough to win races this year.