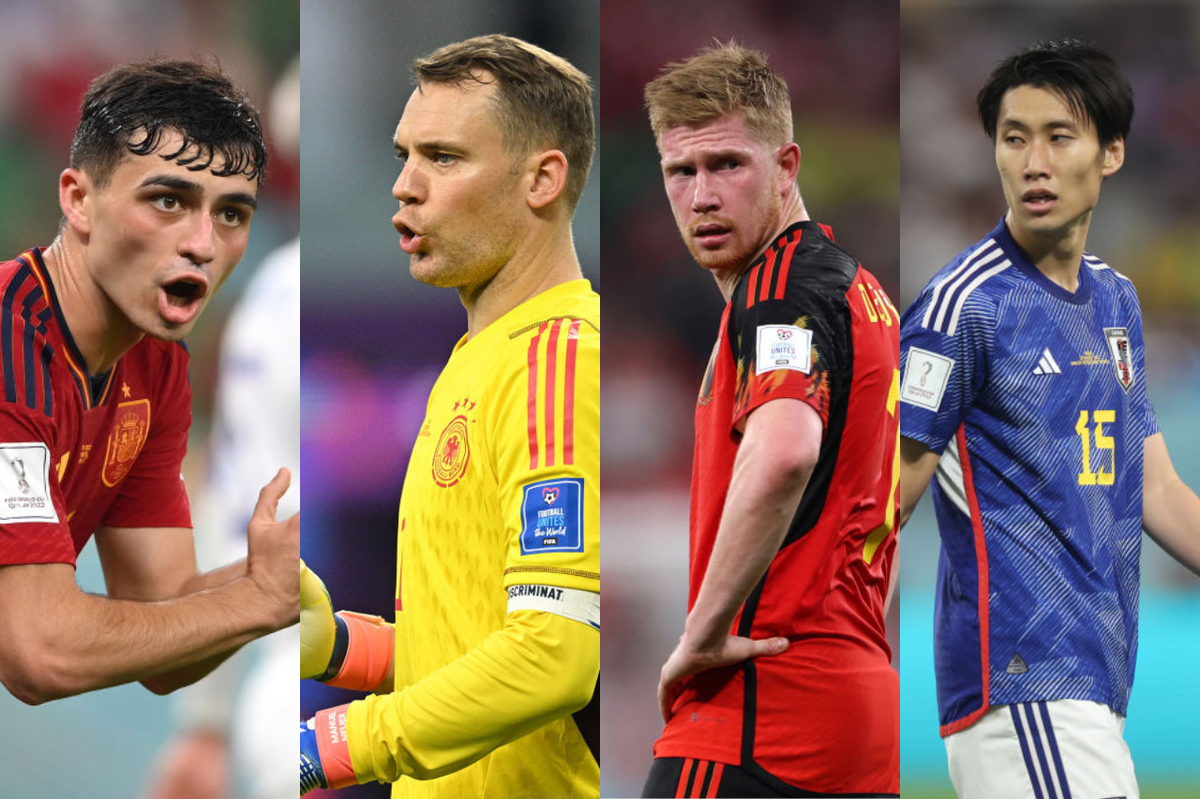 How big was Japan’s 2-1 upset of Germany in the opening round of the World Cup?

Japan was the underdog against four-time champion Germany, but it will be a strong favorite in its next Group E match against Costa Rica, where a victory could move Japan into the knockout stage with a game to spare.

A loss by Costa Rica on Sunday would eliminate it from advancing. Costa Rica faces Germany in its final match and Japan goes against Spain .Costa Rica is reeling from a 7-0 thrashing against Spain in its opener, and it’s anyone’s guess how the Ticos will respond. With a population of just over 5 million, the tiny Central American country is appearing in its sixth World Cup. It reached the quarterfinals in 2014 in Brazil.

Japan has never reached the quarterfinals at a World Cup, and that’s the aim this time. This is Japan’s seventh straight appearance, and it has reached the round of 16 on three occasions, including in Russia in 2018. It lost 3-2 in stoppage time to Belgium after leading 2-0.

Where can you watch the matches in India?

All matches of FIFA World Cup will be telecast live on Sports18 and Sports18 HD. The tournament will be live streamed on JioCinema on Android and well as iOS.

Belgium midfielder Kevin De Bruyne knew he didn’t play well in his team’s opening World Cup game. He said as much when he accepted the man of the match award.

“I don’t know why I got the trophy,” De Bruyne said. “Maybe it’s because of my name.”

With De Bruyne looking to improve after the unimpressive 1-0 win over Canada, Belgium has a second chance against Morocco on Sunday to show why it is the No. 2-ranked team in the world behind Brazil .

This could also be the last World Cup chance for many on the highly-rated Belgian squad, as the “golden generation” has often been reminded of in the runup to Qatar. The spine of the team — De Bruyne, Eden Hazard, Axel Witsel, Jan Vertonghen, Toby Alderweireld and goalkeeper Thibaut Courtois — are all in their 30sl.

Morocco will be less fazed at the prospect of trying to contain De Bruyne having already succeeded at subduing another of the world’s best midfielders in Luka Modric.

Canada manager John Herdman said on Saturday his team was fired up for a test against 2018 World Cup finalist Croatia after the Canadians fell to Belgium 1-0 despite outplaying it.

Canada, taking part in its second World Cup, is still looking to score its first goal in the history of the men’s tournament. It qualified for the tournament in 1986, where it crashed out at the group stage both winless and goaless.

Canada faces Croatia, which drew Morocco 0-0 in its opener on Sunday in what Herdman described as a “massive game.” “It’s a hell of a test for this team. We are excited,” Herdman told a news conference. “We have a hell of a match coming.”

Emotional after Canada’s solid performance against the second-ranked team in the world, Herdman drew the attention of Croatian media after he said his team would go and “eff Croatia.”

When the World Cup draw came out in April, one of the highlights of the group stage was Sunday’s Spain vs Germany at Al Bayt Stadium.

Eight months later, the game between the two former world champions and pre-tournament favorites gained even more prominence thanks to Germany’s surprising loss to Japan in its opener in Qatar.

Another setback against Spain this weekend and Germany may be heading home early for the second straight World Cup. A loss — coupled with at least a draw by Japan against Costa Rica earlier on Sunday — will mean elimination for the four-time champion.

Spain, meanwhile, will be looking to secure its spot in the next stage and reinforce its status as one of the top title contenders following an impressive 7-0 rout of Costa Rica in its opener.

The signs are not encouraging for Germany. Its most recent match against Spain was an embarrassing 6-0 defeat in the Nations League two years ago. Its last win against “La Roja” came in a friendly eight years ago.

Germany won its fourth World Cup title in 2014 in Brazil but didn’t make it out of the group stage in 2018 after losses to South Korea and México. It would be the first time it fails to advance past the group stage in back-to-back tournaments.

Spain won its lone World Cup in 2010 in South Africa and was eliminated in the round of 16 in 2018 in Russia. A win against Germany will allow Spain to reach the last 16 if Costa Rica doesn’t defeat Japan.