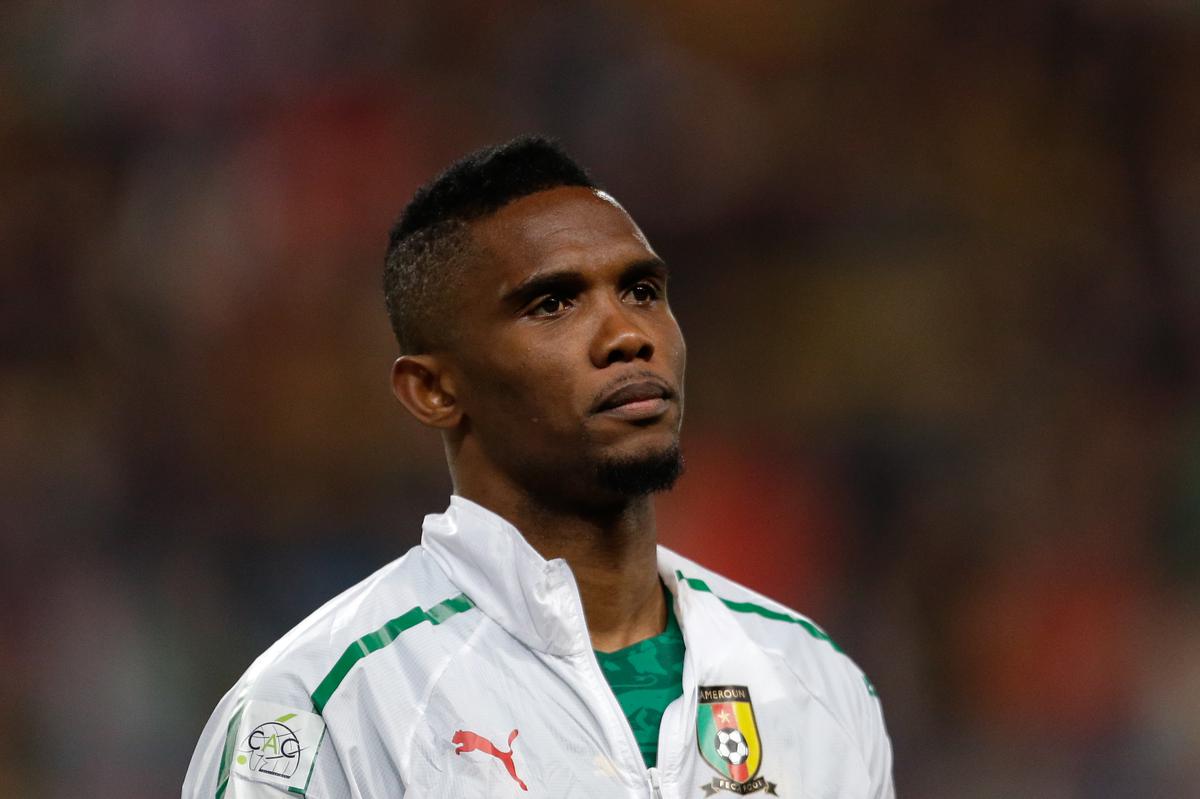 Cameroon football federation president and former star player Samuel Eto’o was filmed apparently kicking a man to the ground in an altercation outside a World Cup stadium early Tuesday.

Eto’o had paused to pose for photos with fans near Stadium 974 after Brazil beat South Korea 4-1. Footage circulating on social media showed him then reacting to comments by a man holding a camera.

The former Barcelona and Inter Milan forward was initially held back by people in his entourage then got clear and appeared to aim a kick at the man, who fell backwards to the ground.

Eto’o has been in Qatar as president of the football federation of Cameroon, which was eliminated in the group stage last week.

He also represents Qatar’s World Cup organizing committee as a Global Legacy Ambassador since 2019 and is part of the FIFA Legends program that uses former players to promote soccer.

It was unclear in what capacity Eto’o attended the game Monday night.

Qatar’s Supreme Committee for Delivery and Legacy, which oversees the World Cup, and its government did not immediately respond to questions about the incident.

Eto’o played at four World Cups for Cameroon between 1998 and 2014, and was elected to lead its soccer federation one year ago.