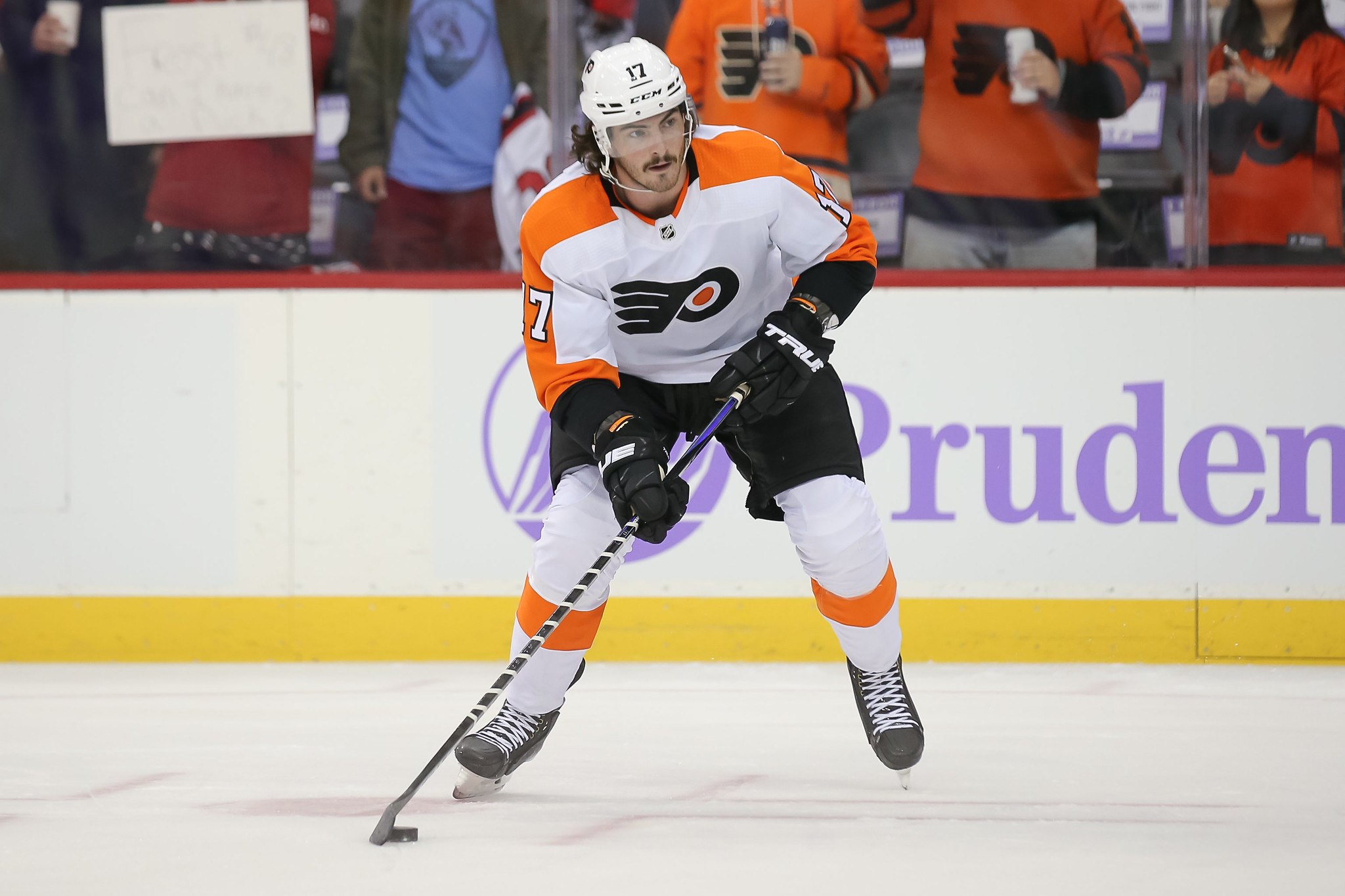 The Philadelphia Flyers may have failed to upgrade their forward group, but on the other hand, they already have players within the organization who will be vying for spots and for playing time. Of their rookies, some have already had a taste of the big league in the past few seasons, while others may have their last chance to prove they can become full-time NHL players.

Here’s a look at who will fill the three to four roster spots that are up for grabs heading into the season.

Zack MacEwen and Patrick Brown were NHL regulars last season, which gives them the best shot at again playing fourth-line minutes for the team. MacEwen fits the style of play new head coach John Tortorella expects from his players and should play mostly on the right wing. But with Nic Deslauriers signed, there may be a little less need for MacEwen to bring a ton of toughness to the lineup if there are other more skilled players pushing for a spot as well. He just signed a contract, and even though I think he will play 70 games max, there’s no doubt that he will be on the 23-man roster.

Patrick Brown, on the other hand, isn’t a certainty. He only played 44 games in 2021-22 and did alright offensively but was also injured three separate times to the hand, MCL, and upper body. He is up there in age (30 years old) and was easily in the mix due to injuries to the Flyers’ centers and prospects that may have taken his spot. This season won’t be as easy, as the young players are hungry and healthy.

Hungry Flyers in the Mix

Five players have either suffered injuries to set them back a bit, are young and on the cusp, or took full advantage of the opportunity they got because of all the injuries to the Flyers.

Starting with two players who have been set back by injuries, Tanner Laczynski and Wade Allison should already be on the Flyers, but both have been limited to 15 or fewer NHL games and 42 or fewer American Hockey League (AHL) games over the past two seasons. Laczynski is 25 years old, and Allison is 24, both at the point that they know their window to become full-time NHLers is closing. Laczynski is a centerman and will compete for and (ideally) reach the opening night roster over Brown. It will be tougher for Allison after MacEwen was just signed, and the right side is pretty full, but he could very well be an extra and earn his shot that way.

Max Willman, who can play center or left wing, played 41 games for the Flyers last season and has a decent shot at returning to the lineup. The left side is much weaker, and Joel Farabee is out for the beginning of the season. The third line also doesn’t have a set player, even though I think there is a good chance Noah Cates earned the spot beside Morgan Frost and Owen Tippett. Willman could be in the mix for the fourth-line center position as well or be an extra who can fill in when needed. He is 27 now, and the Flyers should no longer be concerned about hurting his development. With a lot of young talent hanging around, and the team’s future dependent on them, they might get the chance to show their skills.

Hayden Hodgson had a crazy and impressive season in 2021-22. For five seasons before that, he had played for six different teams in the ECHL before signing an AHL contract with the Lehigh Valley Phantoms of the AHL. He had a surprising season and, at the trade deadline, got the opportunity of a lifetime to play some games with the Flyers, where he took full advantage, with a goal and three points in six games. He will be in the mix, and the 26-year-old’s progress and hard work have been noticed. But again, the right side is crowded.

The last player in this group may be a long shot considering he can still use some more development in the AHL. Isaac Ratcliffe spent some time with the Flyers last season, scoring one goal and four points in 10 games, but was sent back down to develop more. He is just 23, so younger than the rest of the players here, and should show that he can produce more in the AHL before getting a real shot. The 2023-24 season should be his time unless he joins the Flyers midseason in 2022-23.

Flyers Who Have Almost Aged Out

Unlike the other two groups of players, these three could be in the mix but have almost aged out and have maybe even had their last chance already. Cooper Marody, drafted by the Flyers in the sixth round of the 2015 Draft, has made his return after four seasons of playing for the Bakersfield Condors, the Edmonton Oilers’ AHL team. The 25-year-old dominated every season in the AHL and only earned seven games with the Oilers, recording one assist. He scored 67 goals and 175 points in 182 games out of University and clicked with many of the Oilers’ prospects who are now on the NHL team. Marody was passed by despite that he was never given a good look but may finally get a real shot on the Flyers’ fourth line with spots up for grabs.

Adam Brooks has a bit more NHL experience as he has played 43 games over the past three seasons for four different teams. He bounced around last season, playing for three teams: the Montreal Canadiens, Vegas Golden Knights, and Winnipeg Jets. He has played the role of fill-in player in his young career and has shown potential, but he can’t seem to stick around. The 26-year-old has scored six goals and 11 points in his NHL career and is also at the point where he needs to establish himself as a full-time NHL talent before he gets overlooked moving forward.

Undrafted from Sweden, Linus Sandin just signed his third one-year contract with the Flyers and has spent the last two seasons primarily playing in the AHL. He played one NHL game last season, but his numbers indicate that may be all he will get with the Flyers. Comparing his play to the rest of the field, Sandin may get a game or two if the Flyers once again get hammered with injuries.

Which Players Make the Flyers?

In group one, both players should make the team out of training camp and find themselves in half of the games, even if they are pushed aside throughout the season by other talents. MacEwen gets a spot in the lineup, while Brown should be an extra.

The second group featured the most players and many on the cusp. Of the five, I’m giving Laczynski the best shot, with Willman and Allison close behind. Hodgson may see some time in the NHL later this season if he again impresses, while Ratcliffe needs to prove a little more and finish developing when there’s room first.

From the third group, Marody may be brought in to guide the top prospects playing in the AHL next season in the top-six, while Brooks will have the best shot at making the team as an extra. Expect him to be sent down at one point, though, and then be claimed off of waivers as has happened to him often in the past. If he can find the production he had with the Toronto Maple Leafs a couple of seasons ago rather than last season, he may stick around. Finally, Sandin doesn’t have a shot at making the Flyers or playing on their fourth line.