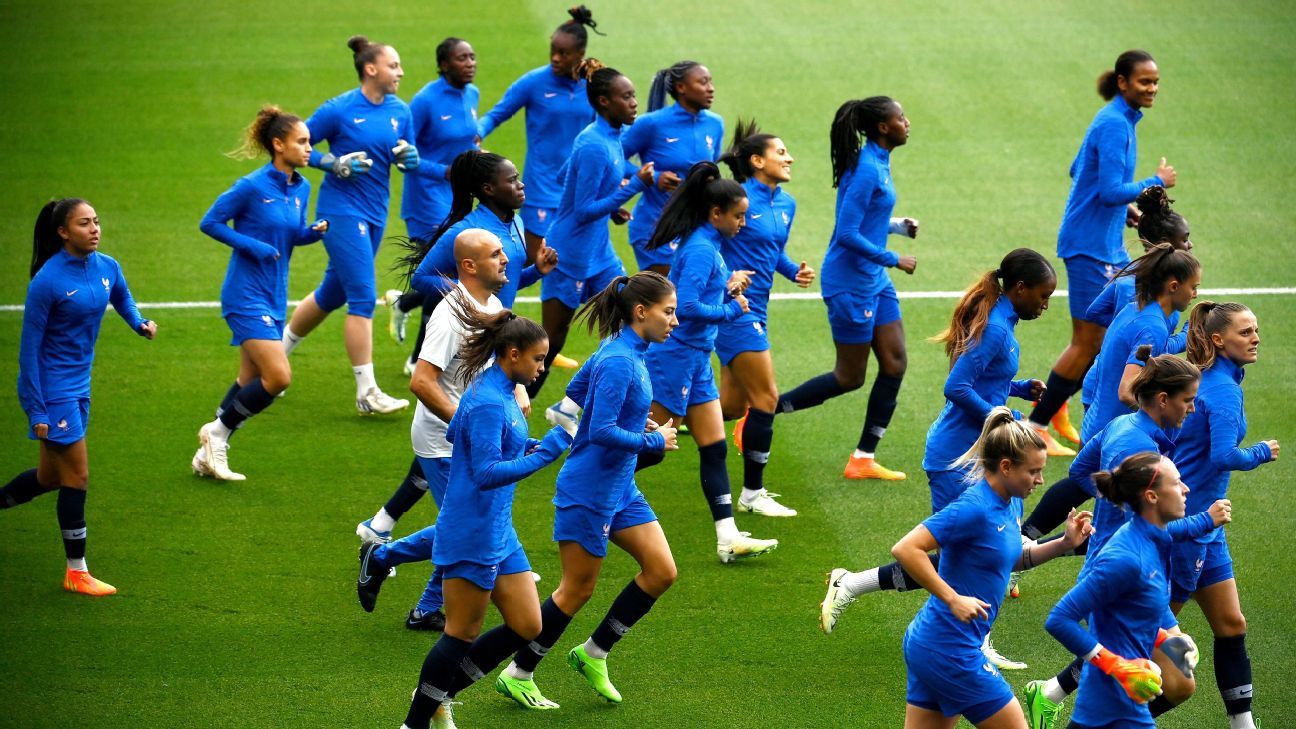 It is almost if fate had smiled kindly on the France squad during the Women’s Euros 2022, as if destiny had given the players and their embattled manager, Corinne Diacre, the opportunities to lay some notable hexes to rest. First, it was the curse of the quarterfinals, a stage they’d not advanced past at a major tournament for 10 long and frustrating years. Now, it’s their turn to face mighty Germany, their arch-rivals and oldest enemy at both the domestic and international level.

For a long time, Germany meant heartbreak, disappointment and sadness for France on both the men’s and women’s sides of the game. For the men, first, there was the 1976 European Cup final defeat for Saint-Etienne against Bayern Munich (0-1). Then we had, of course, the two World Cup semifinals clashes in 1982 and 1986, each meeting rich with drama and controversy.

This was the peak of Germany’s dominance over their French neighbours over the French, but that run continued: Monaco lost the 1992 Cup Winners Cup final to Werder Bremen (0-2), Auxerre were stung in the 1993 UEFA Cup semifinals by Borussia Dortmund (2-2 on aggregate, 5-6 on penalties), Bordeaux fell in the 1996 UEFA Cup final to Bayern (2-4 on aggregate), as well as the men’s national team losing 1-0 to Germany in the 2014 World Cup quarterfinal, a competition Die Mannschaft would go on to win over Lionel Messi and Argentina in Rio de Janeiro.

For the Women, the pain is more recent, but no less hard to process. It began with Potsdam’s win against Lyon in the Champions League final 2010 on penalties and even though Lyon got their revenge the following season (2-0) and then beat Frankfurt (2-0), their time on top didn’t last. Wolfsburg got one back on them in the 2013 final (1-0), before Frankfurt did the same against PSG in the 2015 edition, winning 2-1.

Only a few weeks later, in the summer of 2015, did the rivalry reach its pinnacle. So too did Germany’s dominance. In the World Cup quarterfinal, Les Bleues lost to their rivals on penalties after a game they should have won, and marked their fifth consecutive meeting without victory.

At the time, Germany were seemingly haunting France. They got into their heads with every victory and accumulated a huge psychological advantage. At times, it felt as if Germany had won these matches before a ball had been kicked! Yet in recent years, the tide has shifted at the club level, with Lyon and Paris Saint-Germain turning the tide and going unbeaten against German clubs in European competitions since 2015.

All the while, the national team had been waiting for their chance to change the narrative and Wednesday night in Milton Keynes marks the best opportunity of a generation. The women’s team boast more than enough talent and panache to accomplish what the men’s team did six years earlier, at Euro 2016 in France. That meeting was a semifinal as well and while France were not the favourites, they walked away 2-0 winners. In doing so, the men’s team haven’t lost to Germany since, with two wins and two draws in four matches.

Charlotte Bilbault speaks ahead of France’s semifinal clash with Germany at the Women’s European Championship.

In 2016, Antoine Griezmann was the hero for the men with both goals in Marseille, backed by an incandescent crowd at the Stade Vélodrome. This time, the hero for the women could be Kadidiatou Diani or Delphine Cascarino at Stadium MK. The French squad aren’t bothered about how they win, or the style involved; all that matters is victory.

As such, they’re clearly happy for the Germans to be favourites heading into Wednesday’s game. They can have the pressure, as the only team yet to concede a goal in this tournament, and they boast an amazing front three as well as no major injuries. France will be happy to let them dictate possession before hitting them on the counter with the pace of Cascarino, Diani, Grace Geyoro or Selma Bacha. They showed in Saturday’s 1-0 win over the Netherlands in the quarterfinal that they are on another level mentally. This is no longer a squad you can bully or push around. They have grit and determination, belief and faith.

Psychologically, finally reaching the semifinals of a big tournament for the first time in ten years, is huge. It’s had a liberating effect on this squad as they prepare for the semis. Even with two fewer days of recuperation (Germany played their quarterfinal on Thursday), they feel confident that they can bring down another barrier and that another historic obstacle will fall.