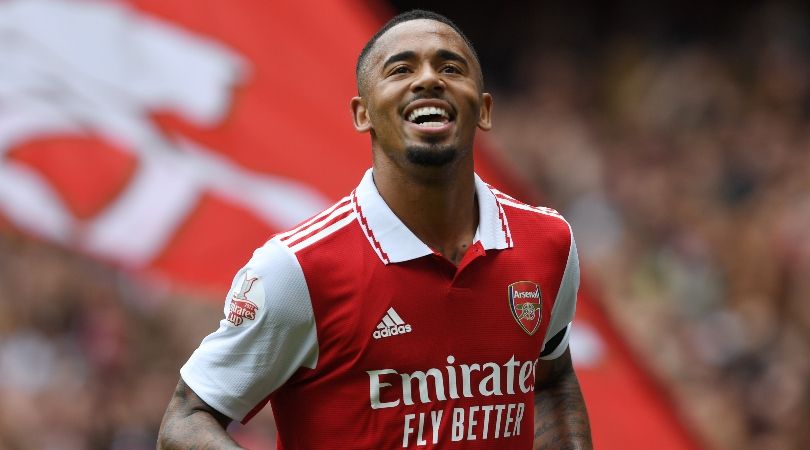 Gabriel Martinelli has hailed Arsenal and Brazil team-mate Gabriel Jesus as ‘one of the best strikers in the world’ following his hat-trick against Sevilla on Saturday.

Jesus, a summer signing from Manchester City, continued his recent fine form with three goals in the Emirates Cup win – his first home game for the Gunners.

The 25-year-old struck twice within a minute in the first half and added another late in the second half to complete his hat-trick and make it seven goals in five pre-season games for Mikel Arteta’s side.

“For me, he is one of the best strikers in the world,” Martinelli told reporters after the Gunners’ 6-0 win.

“I am happy to have him here and it is a pleasure to play with him. I hope I give a lot of assists for him and we go to the national team together.”

Martinelli also revealed that he and Gabriel Magalhaes had been working to convince Jesus to join them in north London for a while.

“Me and Gabi were always saying to him, ‘come to Arsenal’, and you can see what he is doing now,” he said.

“Of course, he knows how to win. He’s going to be important for us this season, not just scoring goals but giving us advice as well.”