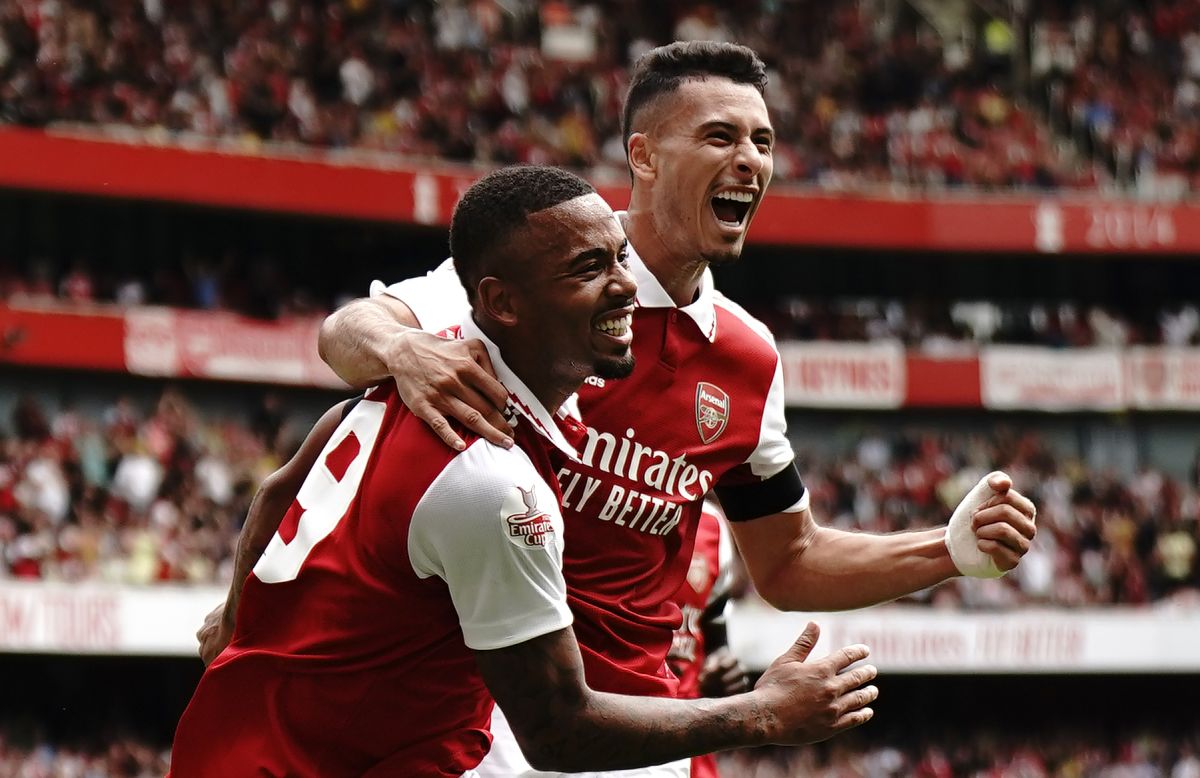 Gabriel Martinelli has hailed compatriot and new Arsenal team-mate Gabriel Jesus as one of the best forwards in world football and believes his winning mentality can drive the club forward.

Jesus joined the Gunners from Manchester City earlier in the summer and has shone in pre-season, culminating with an Emirates Stadium hat-trick in their final friendly against Sevilla.

The 25-year-old Brazil international won four Premier League titles during his time at the Etihad Stadium, scoring 58 goals for City across six seasons in the competition.

Now Martinelli feels his countryman can have a lasting impression on a young Arsenal squad.

“He knows how to win and it’s going to be important for us this season,” Martinelli said.

“For me he’s one of the best strikers in the world and I’m happy to have him here. I hope I give a lot of assists to him and we go to the national team together and I’m happy for him.

“I think (he can make Arsenal better). Not just scoring goals, but giving us advice and some things like that. When we press, we press together.

“When we defend, we defend together and when we attack, we attack together and that is not just me and him, Bukayo (Saka) as well and the whole team.”

With defender Gabriel Magalhaes making it a triumvirate of Gabriels in both the Arsenal and Brazil changing rooms, Martinelli revealed he had been trying to get Jesus to north London.

“We have been together in the national team and me and Gabi (Magalhaes) were always saying to him ‘Come to Arsenal, we need you!’

“You can see now what he’s doing and I’m so happy for him. It’s a pleasure to play with him as well.

“It’s been amazing. I’m looking forward to playing with them in the league.

“We scored a goal against Sevilla, I think it was the fourth one, I crossed and then Gabi headed it and then the other Gabi scored! It was the three Gabis. A very good game and a good win for us.”