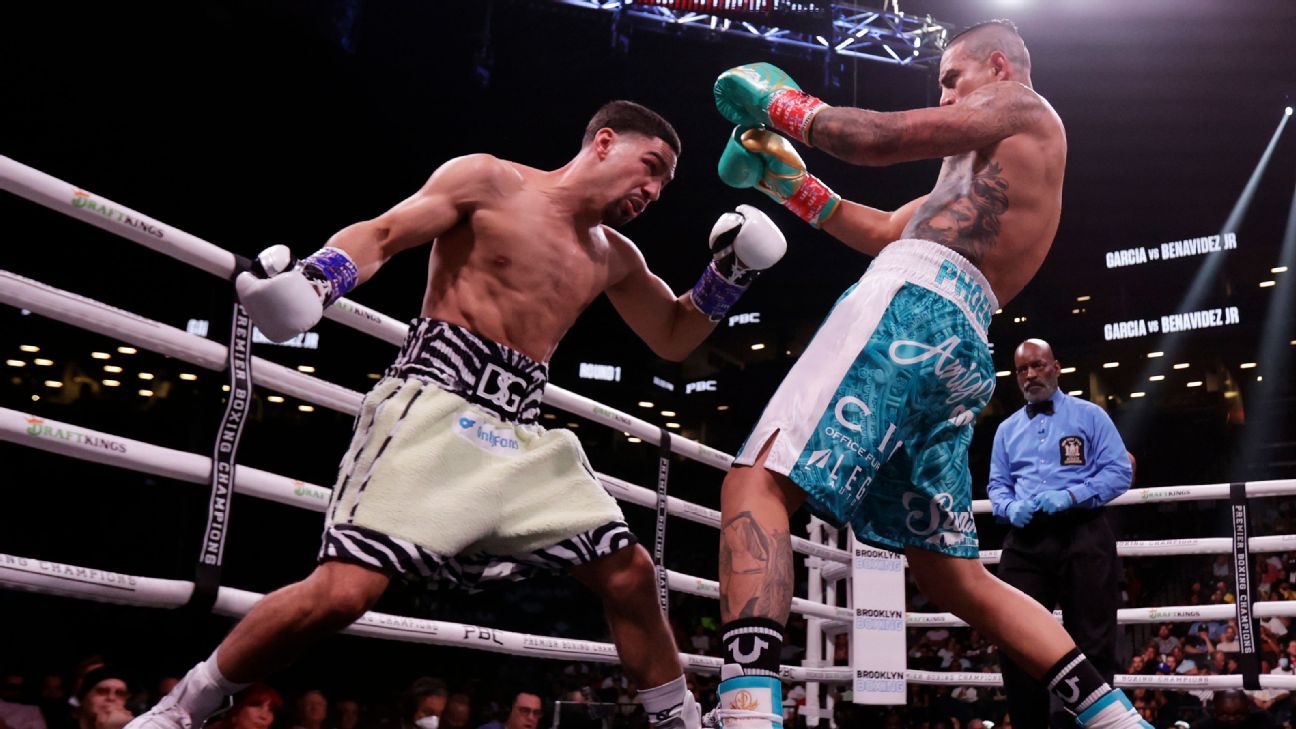 Danny Garcia showed he might have a little left to offer in the ring.

In his first fight in 19 months and in a new weight class, the former champion showed he still has the skills that made him one of boxing’s top draws. A barrage of body shots and precise punching helped Garcia score a majority decision against Jose Benavidez Jr. at the Barclays Center in Brooklyn, 117-111, 116-112, 114-114.

Even if it was against a lackluster opponent, Garcia aced his debut fight as a junior middleweight and talked of battling anxiety and depression during his time away from the sport.

“In order for me to be Danny Garcia, (I’m) gonna have to be back in the ring,” Garcia said in his post-fight interview with Showtime. “I had to do what I love and be a fighter.”

The Philadelphia native was anything but rusty against Benavidez. Garcia (36-3, 21 KOs) was the much smaller fighter but yet was the one imposing his will throughout the fight. He was faster and more active against a flat-footed and reluctant Benavidez (27-2-1, 18 KOs).

Garcia landed a career-high 153 punches, according to CompuBox, which accounted for 65.5% of his total connects. By the fourth round, Garcia was clearly not bothered by facing a much bigger fighter. He faced Benavidez with his hands down, shimmied around the ring and loaded up on powerful punches without fear of anything significant coming in return.

The Phoenix-based fighter was more content to stick out his tongue to dissuade Garcia than actually throwing anything substantial. After Benavidez had a good showing in the ninth round, he followed it up by throwing just 47 punches in the next three minutes, according to CompuBox.

The brother of middleweight champion David Benavidez seemed content with his performance.

“I took his punches like nothing,” Jose Jr. told Showtime. “As you could see, they weren’t hurting me. I honestly felt like I thought I won, but it is what is.”

The victory successfully jumpstarted this chapter of Garcia’s career. The 34-year-old is nearly a full decade removed from his best moments in the sport, when he toppled big names such as Amir Khan, Erik Morales, Zab Judah and Lucas Matthysse during his run as a junior welterweight champion.

When Garcia moved up to the 147-pound division, he was unable to crack the division’s top tier, taking losses in title fights to Keith Thurman, Shawn Porter and Errol Spence, with the latter defeat in Dec. 2020 marking his most recent ring appearance before Saturday night.

Tony Harrison, a fellow fighter managed by Al Haymon and a former 154-pound champion, was ringside and told Showtime he relished a crack at facing Garcia next.

“If we talk about somebody that generates money for the sport, it’s Danny Garcia,” Harrison told Showtime. “But who’s he going to jump in front of? He ain’t ready for (undisputed champion Jermell) Charlo yet.”

Garcia said he’d like a rematch with Thurman or Erislandy Lara at a 155-pound catchweight. But on Saturday, he was just happy to be back.

“I feel like I’m a fighter,” Garcia told Showtime. “This is what I do.”