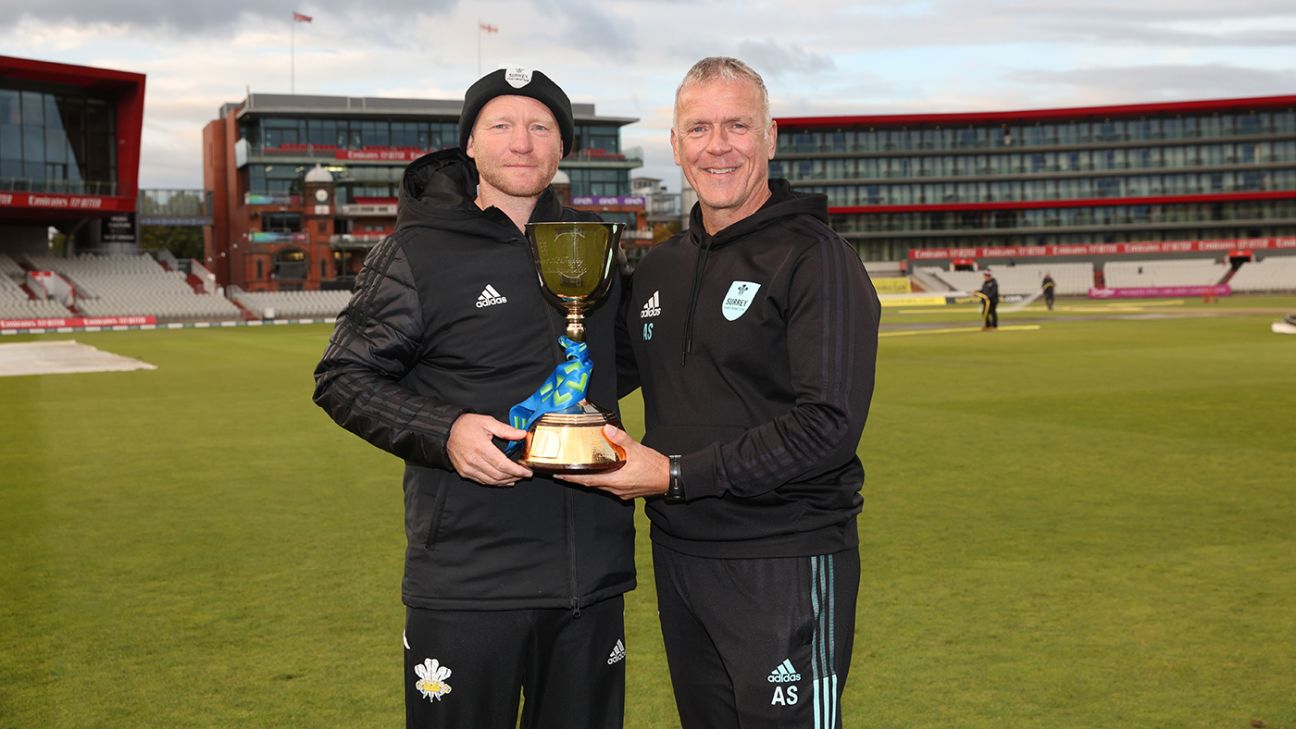 Gareth Batty, who led Surrey to the County Championship title as interim head coach, has been appointed to the role full time. He succeeds Vikram Solanki, who left at the start of the year to take charge of IPL franchise Gujarat Titans.
Batty only retired from playing at the end of the 2021 season, after a lengthy career representing Surrey, Worcestershire and England, and initially moved on to the coaching staff as one of Solanki’s assistants. After taking charge of the first team, he oversaw an impressive campaign that saw the London club win their first Championship since 2018.

“I’m honoured to have been given the opportunity to be Head Coach at this great Club on a permanent basis,” Batty said. “This year has been an incredible season and a steep learning curve for me as a coach but I have absolutely loved every second of it.

“The hard work put in by the coaching staff and the players was crucial in the success this year and we’re looking to get straight back to it as pre-season begins. There’s a huge amount of potential in this group of players and I’m excited to get going again with our eyes firmly set on more success in 2023.”

Alec Stewart, Director of Cricket at Surrey, said: “After a full and proper process, Gareth was the outstanding candidate for the role of Head Coach of Surrey’s men’s side and has fully earned his opportunity. Alongside our backroom team, Gareth did an outstanding job last season, handling all the challenges that were thrown his way.

“Batts is one of the most hard-working and forward thinking people in the game and his deep knowledge, commitment and dedication to the job that he brings every single day is a massive positive. His enthusiasm and his passion is infectious and this has been very well received by the group.”