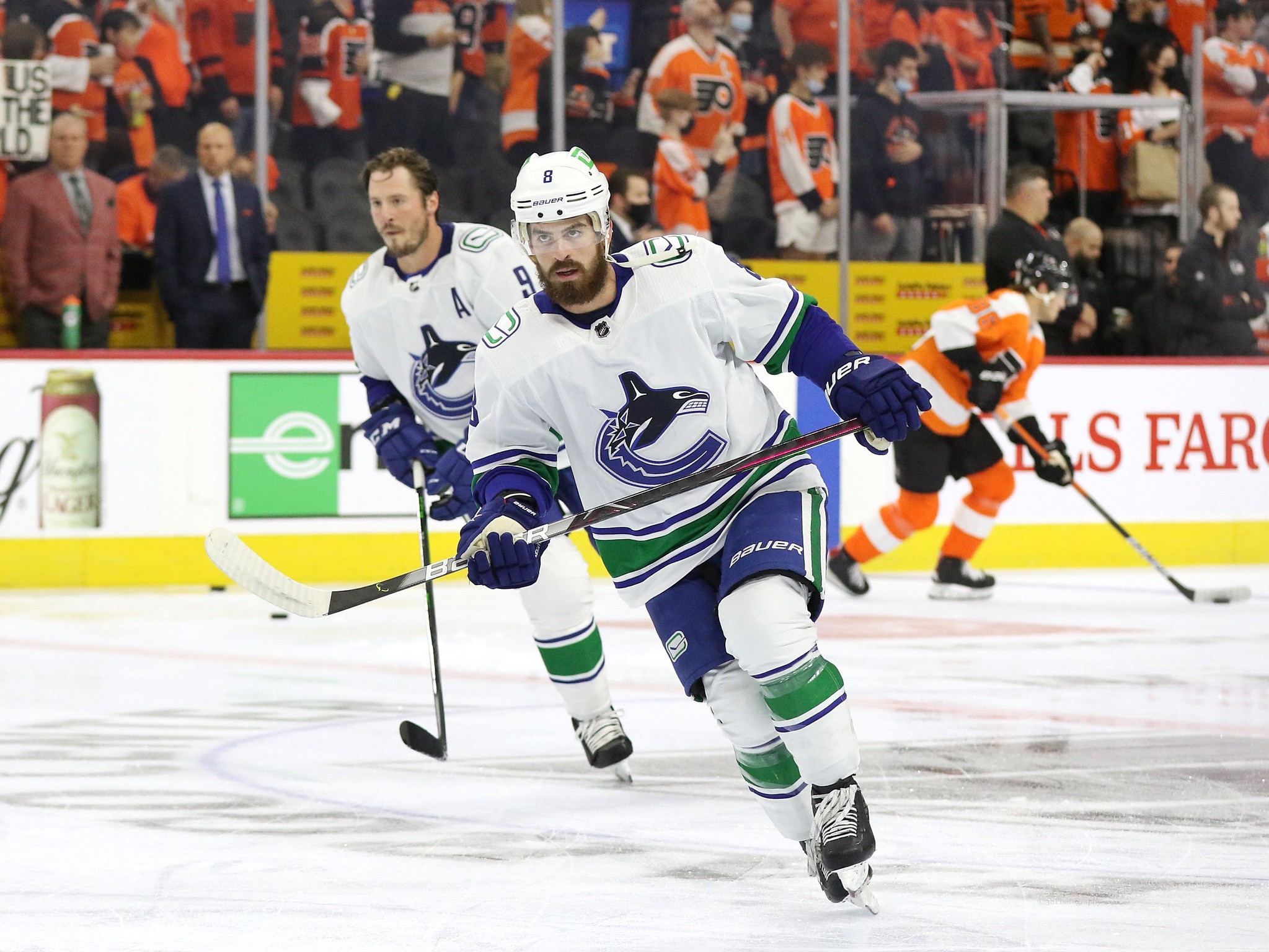 In the latest edition of Vancouver Canucks‘ News & Rumors, Conor Garland is drawing interest from teams around the NHL. Meanwhile, the Canucks’ front office has contacted Brock Boeser and J.T. Miller’s agents to get an idea of what the two would want on their next deals. Addtionally, a look into why the club should trade Jaroslav Halak and the reasoning behind Bruce Boudreau’s decision to healthy scratch Vasili Podkolzin and Nils Hoglander.

Garland joins Miller in trade rumors as Elliotte Friedman reported the Canucks are discussing a number of forwards with teams around the league other than Elias Pettersson and Bo Horvat (from ‘The Armies: Conor Garland trade rumours, the Tyler Myers match penalty and the ‘terrible’ OT backcheck,’ The Athletic, January 30, 2022). He added the New Jersey Devils as one of the teams in on the forward along with the Boston Bruins, Minnesota Wild, Calgary Flames and New York Rangers.

The Canucks are reportedly interested in acquiring Bruins’ blue-chip prospect Fabian Lysell. The Bruins 2021 first-round pick has scored 13 goals and 32 points with the Vancouver Giants in the Western Hockey League. The Canucks could trade Garland to acquire Lysell.

The Canucks acquired Garland in trade alongside Oliver Ekman-Larsson from the Arizona Coyotes for the 2021 ninth overall pick, Loui Eriksson, Jay Beagle and Antoine Roussel, a 2022 second-round pick and a 2023 seventh-round pick. The club signed Garland to a five-year deal with an average annual value (AAV) of $4.950 million this offseason.

Trading Garland at 25 years old with his contract is something president of hockey ops Jim Rutherford and general manager Patrick Allvin should avoid unless they can get a blue-chip prospect like Lysell in return. The forward has scored 10 goals and posted 24 points in 41 games this season. He cooled down as of late but does bring a lot to the table. Additionally, he’s become a fan favourite due to his exciting play.

Rick Dhaliwal noted Rutherford contacted Boeser and Miller’s agents to get a feel for what the two want on their new deals.

Halak Trade to be the First Big Move

At 36 years old, Halak only has a few more chances at winning a Cup, and his chances of doing so with the Canucks don’t look great. Addtionally, he is 17 wins away from 300 career wins, something the club may want to avoid due to his bonuses.

He has only started eight of the team’s 46 games this season but has played in nine. He will earn his $1.25 million bonus once he appears in his 10th game with the team and an additional $250,000 if his save percentage (SV%) is .905 or higher. Halak has a .915 SV% this season. If the Canucks don’t have enough cap space, the $1.5 million bonus will count against next year’s cap.

With Spencer Martin and Michael DiPietro proving they are capable of backing up Demko, the Canucks can move Halak. The only issue is Halak has a no-move clause but should want to waive it if he is sent to a contender. The Edmonton Oilers and Vegas Golden Knights are a few teams that could be interested in acquiring the veteran netminder.

The head coach thought Podkolzin responded well to the healthy scratch in the game against Nashville, as he was emotionally involved, which he hadn’t seen from the rookie in a while. He added Podkolzin is in a learning process right now but will be a good pro in a couple of years. As for Hoglander, the coach previously stated the forward will have to learn how to play on both ends. Boudreau noted he could be a 40 goal scorer at some point, but if he hovers around the 20 goal mark, he will need to learn how to prevent goals in his own end.