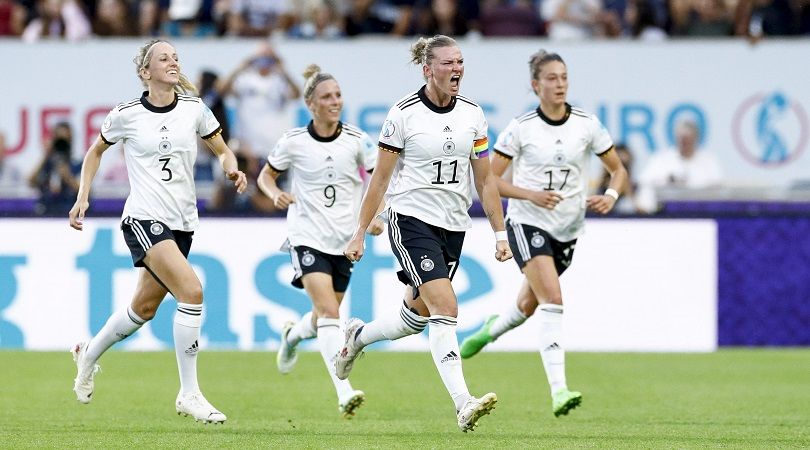 Germany and France will go head-to-head on Wednesday for a place in the final of the European Women’s Championship.

Germany saw off a dogged Austria side in the last eight to advance to the semi-finals of this competition for a record 10th time. The eight-time queens of the continent went a little under the radar in the build-up to the tournament, perhaps because the Germans had shown signs of decline in recent years and also due to the strides made by other national teams in that time.

But over the past three weeks the Nationalelf have demonstrated that they are still one of the strongest sides in the women’s game. They kick-started their campaign with a bang, thrashing Denmark 4-0 in their opening encounter, before beating the pre-tournament favourites Spain.

A victory over Finland secured top spot in Group B, before Germany battled past Austria last time out. They are yet to concede a goal at this tournament.

France also started in spectacular fashion, demolishing Italy 5-1 with each of their goals scored in the opening 45 minutes. They finished the group phase with seven points from a possible nine, then knocked out the Netherlands in the quarter-finals thanks to a penalty from Eve Perisset in the first period of extra time.

There were doubts going into the summer about France’s team spirit, but the squad led by Corinne Diacre has held it together so far. They have had to deal with adversity along the way, not least in the loss to injury of star striker Marie-Antoinette Katoto, but les Bleues are still standing with just a few days of Euro 2022 remaining.

This promises to be an engaging, absorbing contest between two of the best national teams in the women’s game. Given their performances so far this month, whichever of Germany or France makes it through will be a worthy finalist.

Kick-off is at 8pm BST on Wednesday 27 July. The game is live on BBC One, BBC iPlayer and the BBC Sport website in the UK. See below for international broadcast options.

If you’re out of the country for a round of Euro 2022 fixtures, then annoyingly your domestic on-demand services won’t work – the broadcaster knows where you are because of your IP address (boo!). You’ll be blocked from watching it, which is not ideal if you’ve paid up for a subscription and still want to catch the action without resorting to illegal feeds you’ve found on Reddit.

How to watch Euro 2022 live streams for UK subscribers

How to watch Euro 2022 live streams for US subscribers

ESPN and TUDN have the rights to show Euro 2022 in the USA.

How to watch Euro 2022 live streams for Australian subscribers

Optus have the rights to show Euro 2022 in Australia.