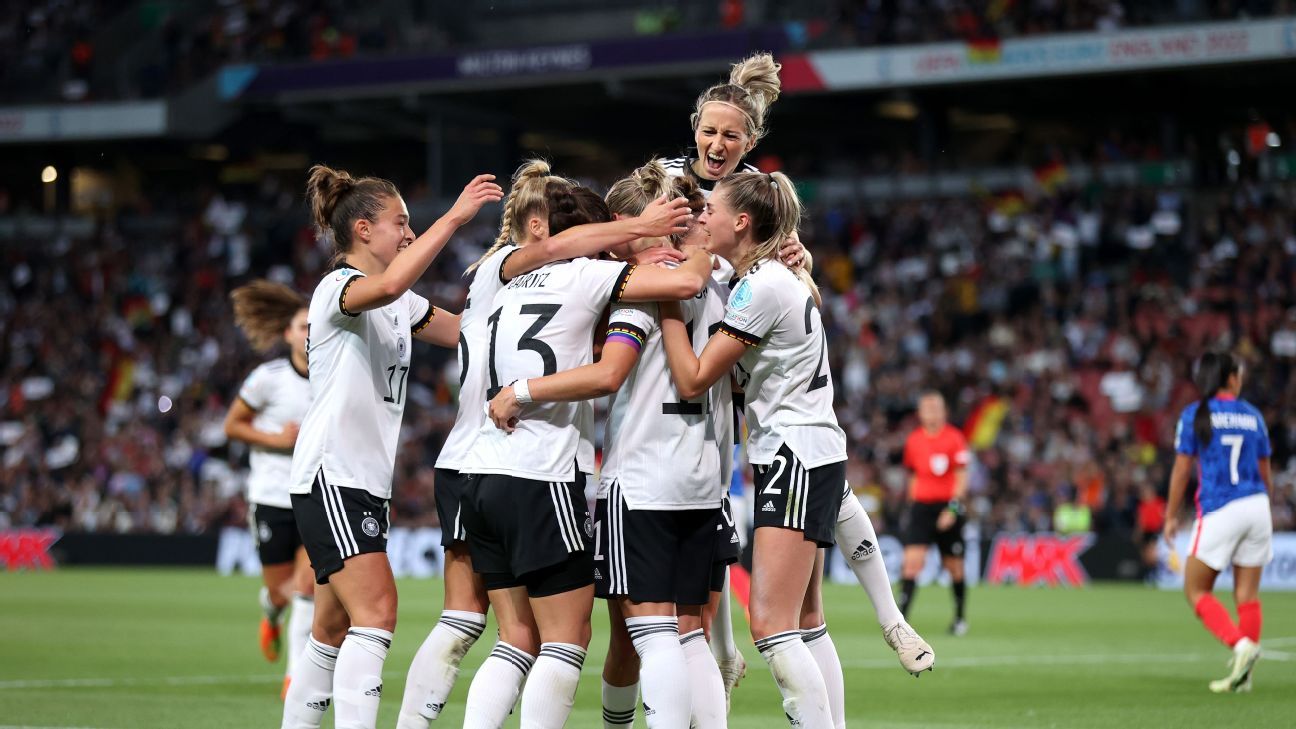 Germany will play hosts England in the final of the 2022 Women’s European Championship after two goals from Alexandra Popp gave them a 2-1 victory over France in Wednesday’s second semifinal in Milton Keynes.

After her first-half goal had been almost immediately canceled out by an unfortunate own goal by Germany goalkeeper Merle Frohms, Popp showed her enduring greatness in front of goal with a fierce header in the 76th minute to send her team to Wembley for Sunday’s final (Watch LIVE, noon ET on ESPN, ESPN+).

It is the ninth time Germany have reached the final of the women’s Euros, winning on all nine previous occasions. England beat Sweden 4-0 in Tuesday’s first semifinal to reach their third final.

With the two goals, Popp joins England’s Beth Mead as the competition’s top scorer with six goals and also became the first player in the history of the Women’s Euros to score in five games.

Germany were the dominant team in the opening half, testing France with a series of set-pieces around the penalty area. The best of those efforts came from a 22nd-minute free-kick when Popp forced a fine diving save from Pauline Peyraud-Magnin with a fierce left-footed strike.

The reward for their superiority came five minutes before half-time. Concluding a superbly worked move, Svenja Huth delivered a cross from the right that Popp got in front of her marker to meet with a crisp volley into the roof of the net.

But the lead would be short-lived. Out of nowhere, following a turnover in the German half, Kadidiatou Diani unleashed a rocket of a shot from 25 yards that cracked off the post and cruelly rebounded off the back of Frohms and into the back of the net.

France rode the momentum from that equaliser into the second half, threatening to take the lead on several occasions. Most notably, German defender Kathrin Hendrich heroically blocked an effort from Selma Bach and Frohms then denied Wendie Renard’s header from the resulting corner to keep France at bay.

It was Popp, though, incredibly playing in her first Euros after missing out in 2013 and 2017 through injury, who would have the decisive last word.