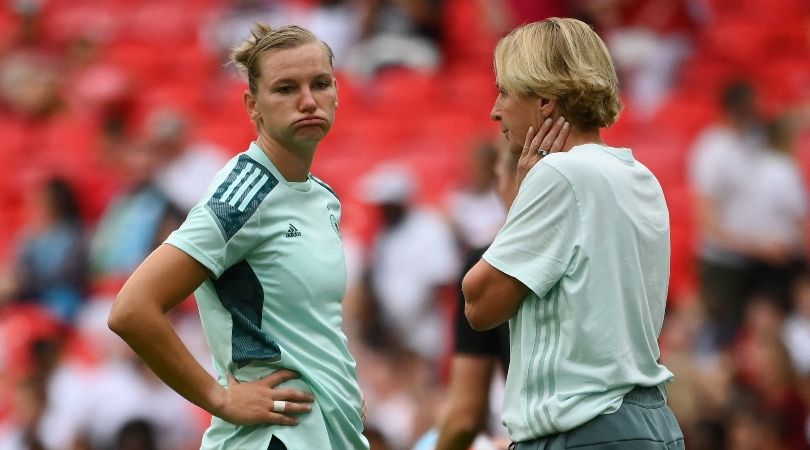 Germany striker Alexandra Popp will play no part in the Euro 2022 final against England at Wembley after suffering an injury in the pre-match warm-up.

Popp, who missed the previous two European Championships due to injury, has been Germany’s star player in this tournament with six goals for the eight-time champions en route to the final.

The 31-year-old, who plays for Wolfsburg, was visibly upset ahead of kick-off after appearing to suffer a problem during the warm-up.

“Alex Popp has to miss out at short notice due to muscular problems,” Germany’s official Twitter account posted ahead of the match.

Popp, who had netted in every game for Germany at Euro 2022, has been replaced in the starting line-up by Bayern Munich striker Lea Schuller.

Schuller, who is 24, was the Bundesliga’s leading scorer last season and has netted 26 goals in 40 appearances for Germany.