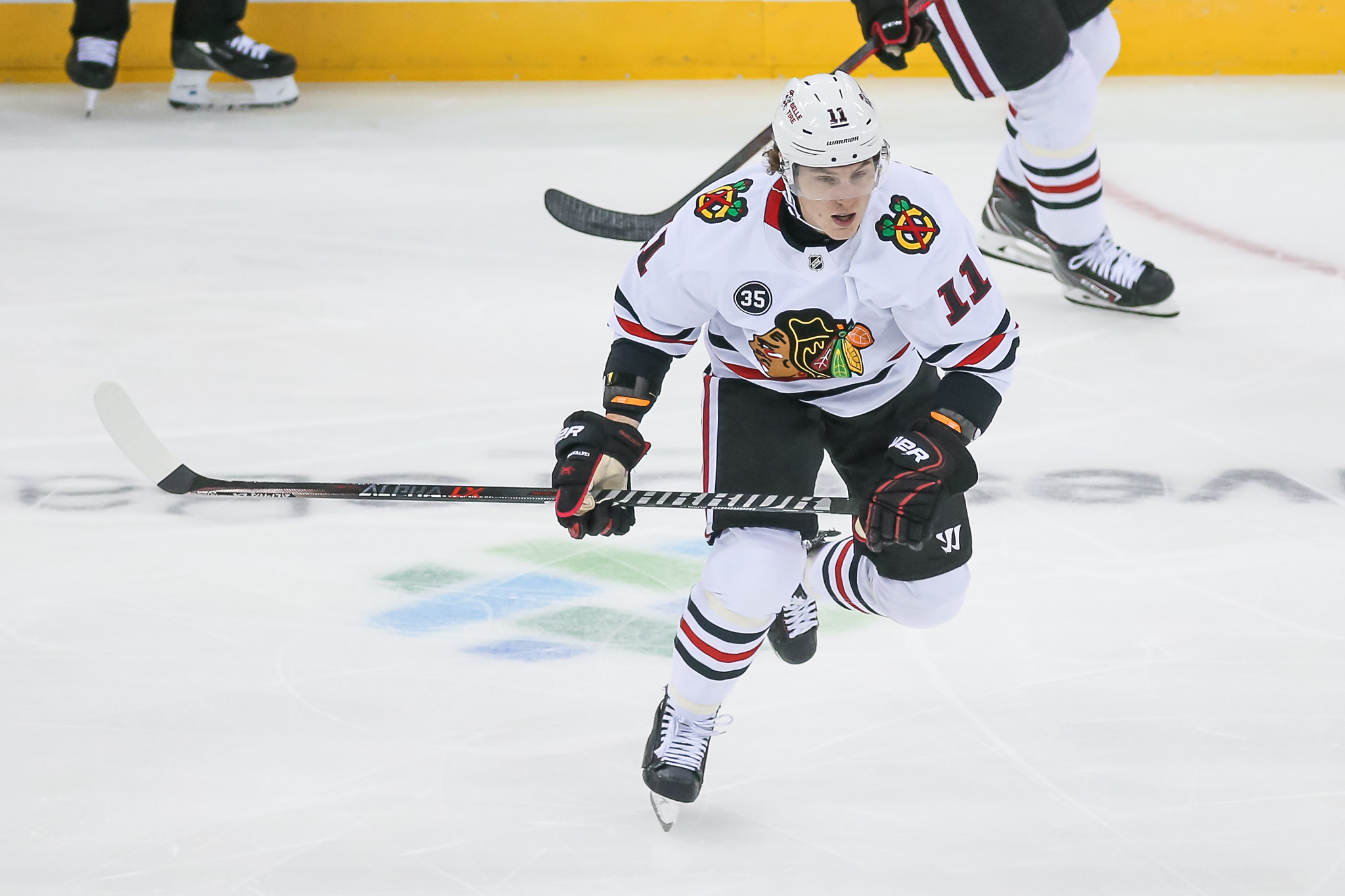 We recently wrote about where we see Calle Jarnkrok and Nicolas Aube-Kubel fitting into the Toronto Maple Leafs’ lineup next season. Today we are going to look at Adam Gaudette.

The Maple Leafs signed the 25-year-old Gaudette to a one-year, league-minimum $750,000 contract on day one of Free Agency after the Ottawa Senators did not qualify him. Gaudette had started the 2021-22 season with the Chicago Blackhawks but was placed on waivers in November and claimed by the Senators.

He played 58 games in 2021-22 for the two teams, scoring four goals and adding eight assists for a total of twelve points, playing primarily on the fourth line and averaging 11:27 of ice time.

Gaudette was originally a fifth-round pick, 149th overall, by the Vancouver Canucks in the 2015 NHL Entry Draft. He spent the next three seasons playing for Northeastern University where he scored 68 goals and added 74 assists for a total of 142 points in 116 games. Gaudette was named the Hobey Baker winner as the best US Collegiate Hockey Player in 2018.

It appeared the Canucks had hit the jackpot with the fifth-round pick.

Starting the 2018-19 season with the Utica Comets of the AHL, Gaudette scored five goals and six assists for eleven points in only fourteen games. He was quickly called up by the Canucks. He spent the rest of the season with the big team, playing 56 games, scoring five goals, and adding seven assists for twelve points.

Related: 10 of the Best Duos of all Time in NHL History

After Gaudette’s Time in Vancouver, He’s Struggled to Find a Permanent Home

Gaudette only played 15 games for the Blackhawks at the end of the 2020-21 season and the beginning of the 2021-22 season before being placed on waivers and claimed by the Senators.

Gaudette showed flashes of the player who won the Hobey Baker Award last season but ultimately didn’t play well enough for the Senators to feel he was worth qualifying.

That leaves questions of where Gaudette went wrong and what Maple Leafs’ fans can expect of him with the Maple Leafs?

The Maple Leafs Are Hoping Gaudette’s Stomach Is Healed

Gaudette was diagnosed with a fungal infection called Candidiasis in January of 2021. He had been dealing with a lack of appetite, sickness in the mornings, and an inability to put on weight for a number of years.

After getting treatment for the disease it was felt that Gaudette, who at the time weighed only 170 pounds on a 6-foot-1 frame, would be able to add some bulk to his body. Curiously though, a year and a half later he is still listed at the same 170 pounds.

Has Candidiasis played a role in Gaudette’s lack of development? It would make sense if it has. Have they corrected the problem? With Gaudette still being listed at the same weight he was when first diagnosed, it makes us wonder if whatever treatment or treatments he has received have worked?

Was Gaudette Rushed Into the NHL Too Early?

There is also one thing we noticed while examining Gaudette’s past. It’s very rare for a player drafted as late as Gaudette was to jump right into the NHL. Gaudette basically did that. Even with his highly successful college career, we can’t help but wonder if he might have been rushed into the NHL by the Canucks?

It might be prudent for the Maple Leafs to start Gaudette in the AHL. The only problem there is that he would have to clear waivers to be sent to the Marlies. There is no guarantee that he would not be claimed by another team. If they could get him through waivers, they could do a similar reset they did with Alex Galchenyuk. It might help him work on his game without the pressure of the NHL.

Gaudette Has Talent, Can The Maple Leafs Player Development Unit Uncover It?

Watching past videos of Gaudette, it is obvious that he is a talented player. He has also been praised for his work ethic and his ability to play a full 200-foot game. The biggest criticism of Gaudette seems to be his consistency or more precisely his lack of it.

Related: Maple Leafs Could Shake It Up By Trading for Patrick Kane

It will be a test of the Maple Leafs’ development team to see if they can get Gaudette’s game turned around and pointed in the right direction.