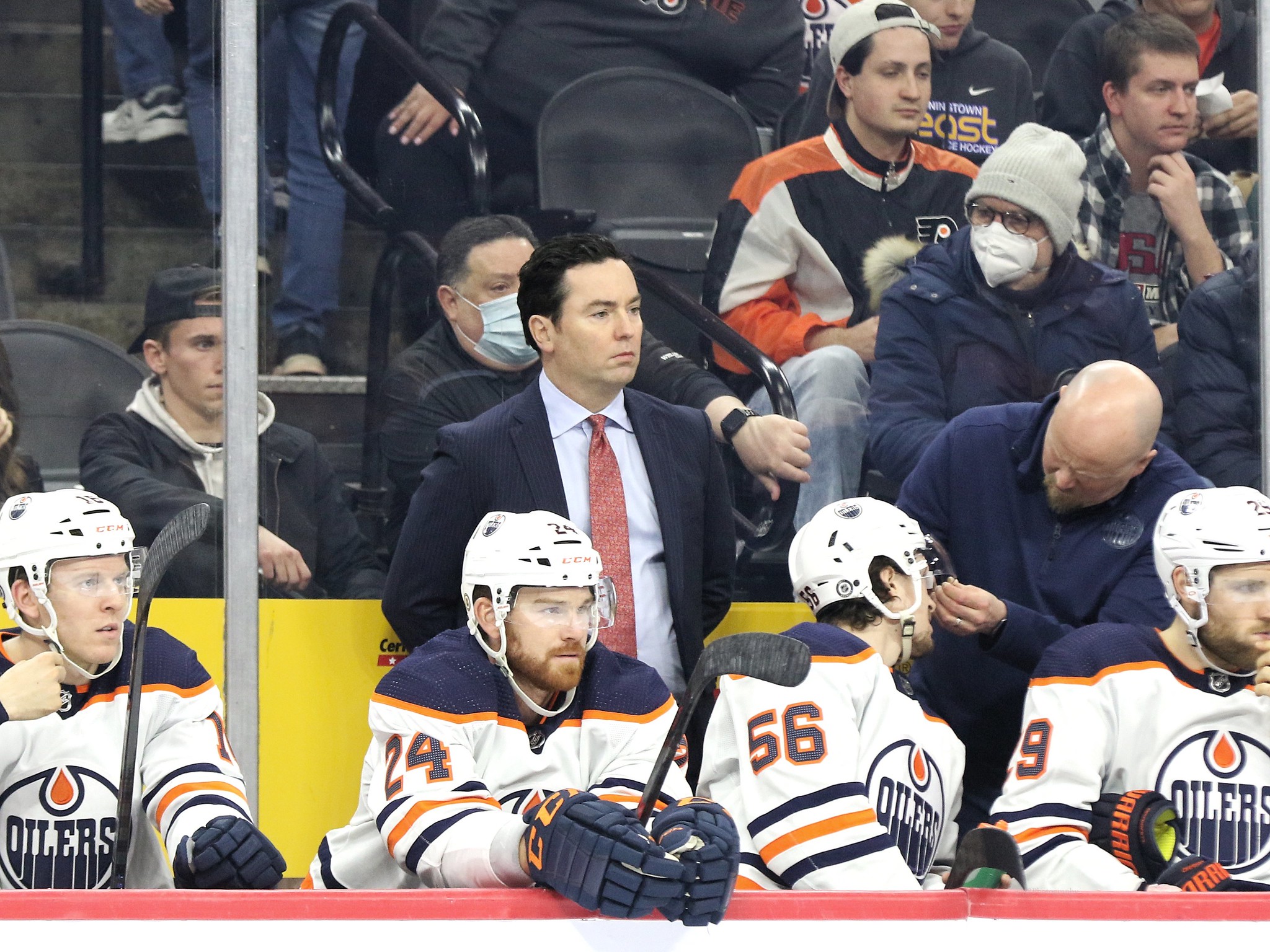 Ken Holland and the Edmonton Oilers appear to be closing in on a contract extension for head coach Jay Woodcroft. He took over mid-season and turned their season around, taking them to the Western Conference Final for the first time since 2006. Woodcroft is one of the most important pieces that the Oilers must bring back, as he did many things behind the bench that fans haven’t seen in a long time.

Having a ton of success for the Bakersfield Condors, the Oilers’ American Hockey League (AHL) affiliate, he was given the reins to take the Oilers to new heights as they finally got a young voice with a new school way of thinking. Woodcroft helped take the team from out of the playoffs to the Conference Final after going 26-9-3 to close out the regular season.

As soon as Woodcroft took over the team, he recognized the weaknesses and strengths of the Oilers. A team that has two of the best players in the world with incredible stamina and talent who are able to double shift, so he did just that with the lineup. Woodcroft elected to run with 11 forwards and seven defencemen for a number of games and it worked. But running that type of lineup was also due to the injuries on the back-end that the Oilers were dealing with. He noticed that and made the quick fix so that the team would be able to work with different combinations while Connor McDavid and Leon Draisaitl were able to get ice time with the bottom-six wingers.

Freeing up that extra spot on forward and running with three of the Oilers’ best players down the middle made for very difficult line matching by the opponent as well as an impactful player always on the ice. Though the bottom-six wingers still may not have gotten nearly the same amount of ice time per game as the top lines, they were given a better opportunity to create something offensively.

Woodcroft Did Wonders for the Defence & Goaltending

There was a complete change in how things ran on the defensive side of the game after Woodcroft’s arrival with Dave Manson alongside him. The Oilers failed to shut out a team in the first half of the season under former head coach Dave Tippett but recorded four shutouts in the final 38 games coming from all three of the Oilers’ goaltenders.

Mike Smith recorded back-to-back shutouts near the end of the season and went on a 9-0-0 run to end the season. During that streak is when he recorded his two shutouts and allowed more than two goals against in just two of the games. He also posted two shutouts in the playoffs and played pretty well for the most part. Stuart Skinner flourished under Woodcroft in Bakersfield for a few years and recorded a shutout in his final game with the team this past season. The time he’s spent with his coach will be a major factor moving forward as Skinner is set to be the backup next season for the Oilers. As for Mikko Koskinen, we saw an uptick in his performance as well, going 11-4-2 with a shutout since he took over.

The defensive strategy implemented by Woodcroft ensured everyone backchecked after the puck had been turned over. Too many times the Oilers were caught on odd-man rushes against that led to goals, often by the high man. As all the players bought into the change, their goals against per game decreased and they finished the regular season strong. Although the playoffs were very crazy in terms of goals for and against, multiple Oilers were playing injured including key defenceman Darnell Nurse.

In terms of the forwards, someone who got a big uptick in defensive play was Draisaitl. Already known for his play on the defensive side of the puck, despite being underrated in that regard, he elevated his game to a new level. In the midst of a difficult stretch where the Oilers played the Tampa Bay Lightning, Florida Panthers, and Carolina Hurricanes, he went 10 consecutive games without being on the ice for an even-strength goal against, while blocking a significant number of shots. That’s something he isn’t known to do, as he is a star player and will avoid the risk of injury. He is often the go-to guy to kill a five-on-three, but his overall penalty-killing time per game increased drastically under Woodcroft as he saw the potential.

The special teams also improved, the penalty kill more so than the power play, as Woodcroft helped the team do a complete 180 and shut teams down when they went down a man. This helped with not falling behind early and keeping every game close, even when they are trailing.

Woodcroft is a Young Player’s Coach

Woodcroft spent a number of seasons down in the AHL for the Condors. During that time, many of the players on this Oilers’ team have come through and played for him, the most recent being Ryan McLeod, Skinner, Bouchard, and Broberg. The Oilers have done very well in filling their team with players they’ve drafted throughout the years, so Woodcroft has been able to leave his mark in the minors and help them push their careers forward.

McLeod, one of the newest members of the Oilers to graduate from Bakersfield, progressed greatly throughout the season and was able to play wherever or do whatever the team needed. He spent time on every line and played both special teams while also shifting from wing to centre. The way the Oilers are set up and what an impactful player McLeod already is, the third-line centre position is his to lose next season.

The hope is that players like Kailer Yamamoto and Jesse Puljujarvi return and improve from last season under Woodcroft. The coach knew the problem surrounding Puljujarvi and was working to help him get past the slump he was in as Woodcroft still saw the talent he possessed and the ability to be in the right place offensively and defensively. Yamamoto had a postseason to remember before suffering an injury, but he too developed the skills he has under Woodcroft in the AHL and will look to be even more impactful next season.

As the Oilers took a massive step this season in not only moving past the first round but winning the Battle of Alberta and making it to the Conference Final, Woodcroft deserves every penny he earns on his soon-to-be contract extension. As a result, he gets an A grade from me.