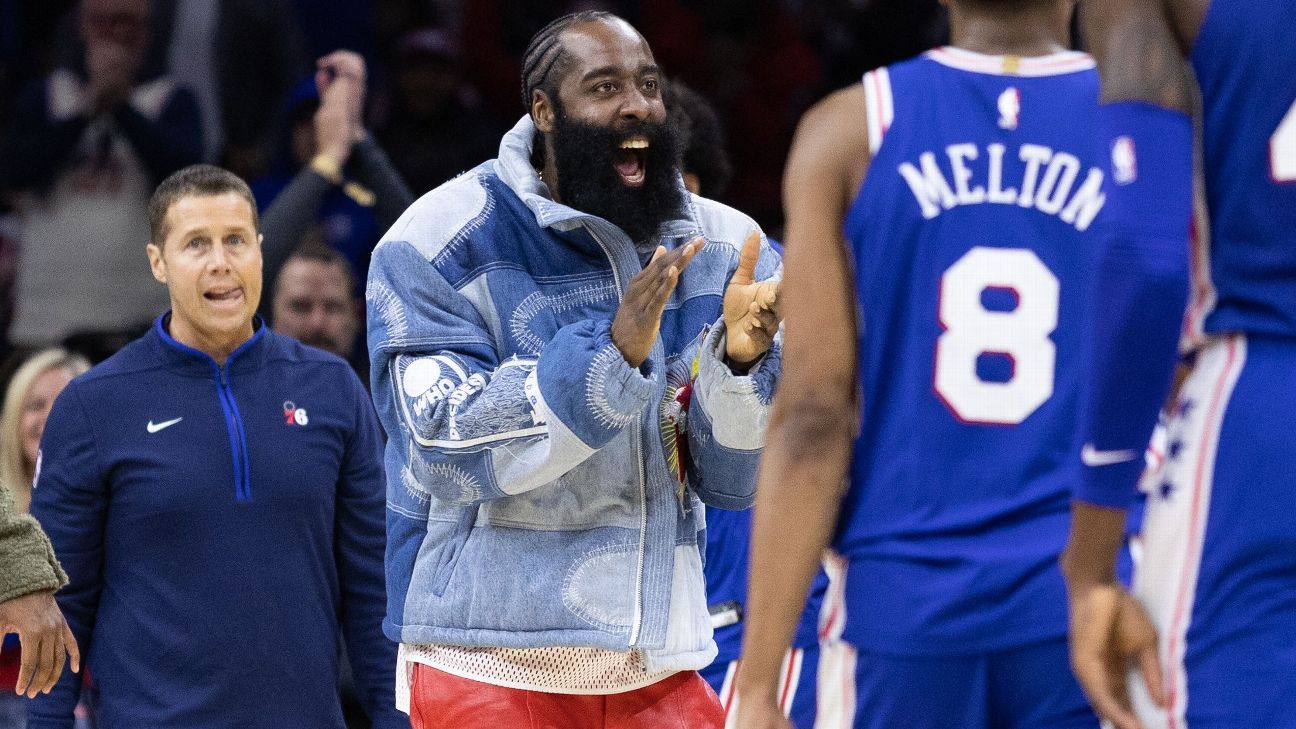 HOUSTON — James Harden is returning Monday night for the Philadelphia 76ers against the Houston Rockets after missing 14 games with a foot injury.

Harden, who spent just more than eight seasons with the Rockets before being traded to Brooklyn in January 2021, last played Nov. 2. He had a tendon strain in his right foot.

Harden won the MVP award with the Rockets in 2018 and was a three-time scoring champion in his time in Houston.