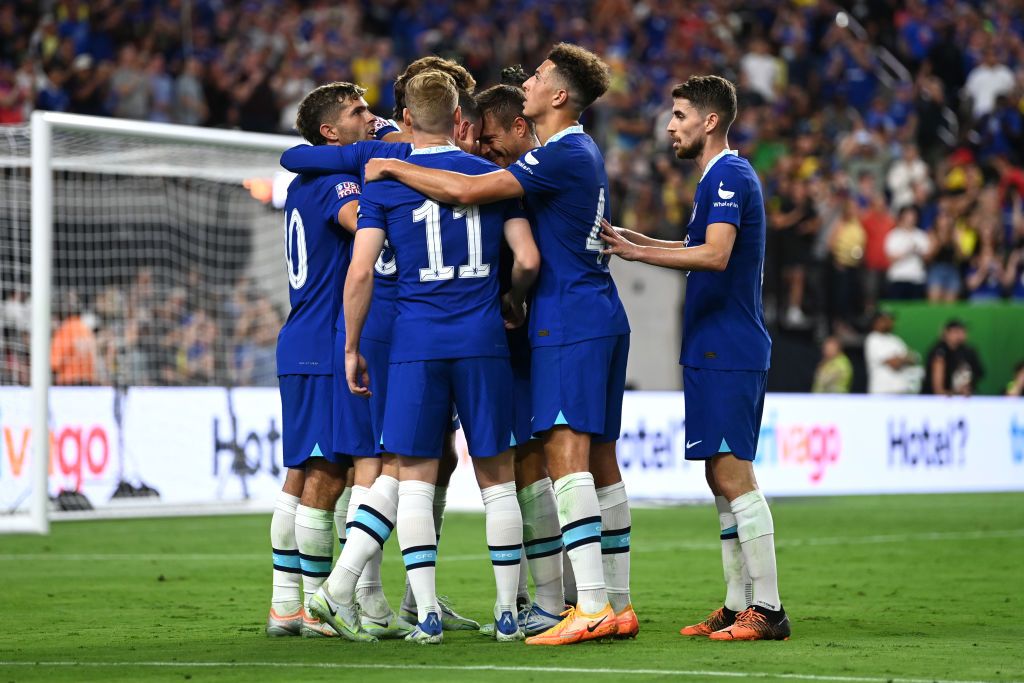 The Chelsea 2022/23 season preview and prediction was originally printed in the Season Preview edition of FourFourTwo. Subscribe today! (opens in new tab)

Where do you start? Probably with the new owners, who need to instil some stability since Roman Abramovich’s messy withdrawal. Now the Russian’s gone, taking his sanctions with him, it needs to become a west London buzzword. Thomas Tuchel is rebuilding his shattered side after multiple high-profile exits – most notably Antonio Rudiger to Real Madrid – and, with Todd Boehly steering the boardroom after chairman Bruce Buck and director Marina Granovskaia also departed, it feels very Year Zero.

The Blues require long-term thinking, getting their house in order by avoiding the errors (sorry, Big Rom) that have left an expensively assembled squad top-heavy in some areas. Support Tuchel, make several shrewd additions, and Liverpool and Manchester City will seem much closer.

Chelsea 2022/23 season preview and prediction: The lesson from last year

In each, save for the Bees’ sting, the Blues dominated and had chances to kill off opponents, but left the door open and were punished. Those eight games represent 18 points dropped, also the final points difference between Tuchel’s side and runners-up Liverpool, who finished a point behind City. Such home profligacy can’t be repeated, with it left to Mason Mount to top score with 11.

At the other end, maintaining their set-piece parsimony – only Manchester City conceded from fewer – would also go down very well.

Thomas Tuchel is the best thing Chelsea have going for them now, outside of Mason Mount and Reece James. He’s delivered silverware by using players largely signed by the three managers who preceded him, and is loved by all at Stamford Bridge. Could that change if things don’t improve on last season?

Fans are unsure about Todd Boehly. He may have rescued the club from impending doom, but how can he rival Roman Abramovich’s legacy? Is he a Glazer in disguise? Chelsea supporters have come to expect being spoiled with lavish signings, so it’s Boehly’s job to win them over with his more considered approach.

The mood around Chelsea…

Anxious. Under Abramovich, Chelsea could spend their way out of trouble, but what happens under Boehly? Can the Blues compete with City’s riches, or will they be left behind in the way Manchester United have been? Will this squad be rebuilt effectively?

The club is now in uncharted waters after having things mostly their own way for two decades, with two cup final penalty shootout losses to Liverpool last term not easily forgotten.

The one to watch

Conor Gallagher. He achieved things for Crystal Palace last season that only Mount managed in Chelsea colours. He should inject some much-needed effervescence into Tuchel’s midfield, if he’s given the opportunity, of course.

Surprise us all and do a ‘Leicester’. Well, actually, do a ‘Chelsea’ as, when Blues fans least expect it, their side do silly things like win the Champions League. Don’t underestimate them, even if they look more like the walking wounded right now.

Break the Premier League transfer record. Crazy, right? This is Chelsea, the club that traded on record fees, now trying to usher in a new dawn defined by smart moves.

Last season was wild; underwhelming; historic; ridiculous. We won two trophies – including the Club World Cup, the one missing piece from our collection – but it was also the most unstable the club has been for 40 years. Who else could simultaneously be European champions while not being allowed to sell a branded mug in the club shop?

The big talking point is Todd Boehly. Strictly on a footballing front, it’s been getting Romelu Lukaku out.

I won’t be happy unless we finish above Tottenham and Arsenal. The usual.

Our most underrated player is Mason Mount. Never has a player been so good for so long, yet be so criminally underappreciated by so many. It’s so bizarre.

The opposition player who grinds my gears is Erling Haaland. So bored of the ‘he scores 50’ shouts. Going to love it when he ends up with 12 goals in all competitions.

I’m least looking forward to playing Tottenham – Antonio Conte is a genius and terrifies me.

The fans’ opinion of the gaffer is very good. He’s conducted himself so well in a truly mental period in the club’s history. I’m slightly sceptical about some of his decision-making, though – he couldn’t really cope with injuries and we won as many home games as Everton. If Abramovich were still here, he might have been sacked.

If he left, he should be replaced by Diego Simeone.

The one change I’d make would be getting away fans out of the Shed End.

A new era at the Bridge, but plenty to do around better-prepared rivals. Chelsea have more to fix than others.