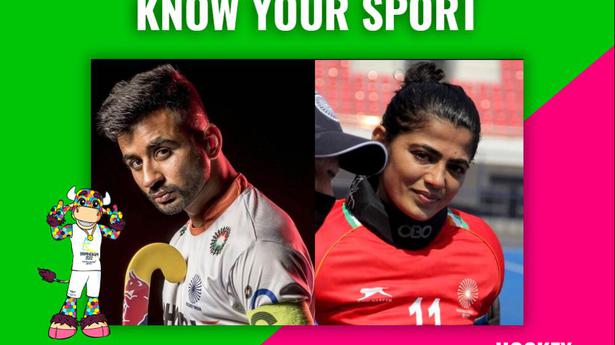 Hockey has been part of the Commonwealth Games since 1998 and will see teams battle for victory for over 60 minutes. Australia has been the most successful side, winning the gold medal in all the six CWG editions (in men) and four gold medals (in women).

Success in putting the ball in the opponent’s net results in a goal. Fouls here, are of three types — free hit, penalty stroke and penalty corner. Two umpires, one in each half, adjudicate the matches and can punish offenders with green, yellow or red cards.

Green is an official warning, yellow directs players to stay out of play for five minutes, while a red forces an early exit for the player.

Ten teams are participating in Birmingham, divided into two groups of five each and every team will play the other in a round-robin format. India is placed in Group A in women’s hockey and in Group B in men’s hockey.

An 18-member Indian Women’s #Hockey Team has been named for the Commonwealth Games 2022 to be held at Birmingham.#Odisha‘s Deep Grace Ekka has retained her place in the team and has also been named the vice-captain. The team will be led by @savitahockey.

Both the men’s and women’s teams will start their campaigns against Ghana, with the latter playing on July 29 and the former on July 31 respectively.

The University of Birmingham Hockey and Squash centre in Birmingham will host all the matches of hockey for the Commonwealth Games 2022.