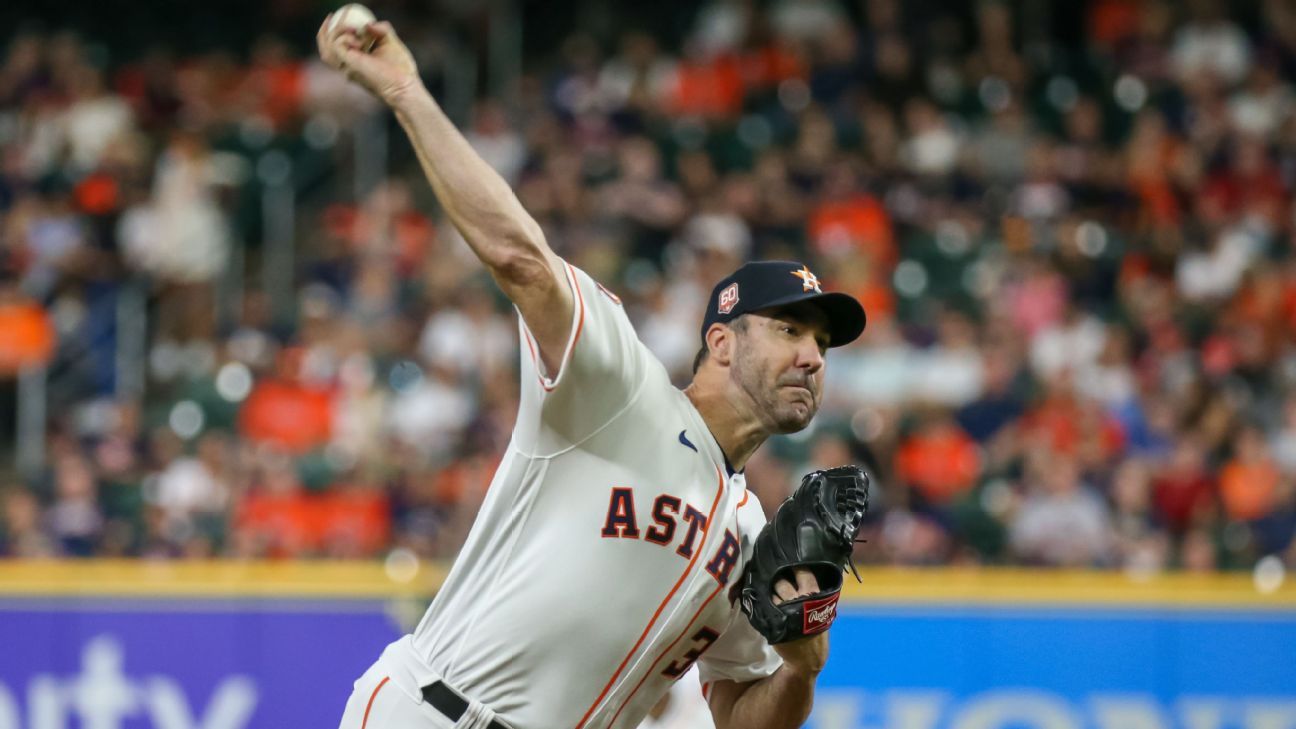 Verlander beat out Dylan Cease of the Chicago White Sox and Alek Manoah of the Toronto Blue Jays.

Verlander’s Cy Young, the third of his career, came at the end of his age-39 season, after spending most of the past two years recovering from Tommy John surgery. Verlander led the AL in wins (18) and led the majors in both ERA (1.75) and WHIP (0.83), fronting a deep Astros pitching staff that helped secure a championship.

His ERA was the best by a pitcher who made a minimum of 25 starts in his age-39-or-older season since earned runs became official in both leagues in 1913. Verlander became the second-oldest pitcher to lead the majors in ERA, topped only by a 43-year-old Roger Clemens in 2005. His 1.75 ERA was the lowest by an AL pitcher in a full season since Pedro Martinez had a 1.74 ERA in 2000.

Verlander, now a free agent, completed at least six innings in 22 of his 28 starts and accumulated 175 innings during the regular season, striking out 185 batters and walking only 29. He followed with an up-and-down performance in the ensuing postseason but overcame shaky command to contribute five innings of one-run ball against the Philadelphia Phillies in Game 5 of the World Series, a major step in ultimately attaining his second title.

Verlander, who previously won the Cy Young Award in 2011 and 2019, is the 11th player to win it three or more times. The only one among them who is not in the Hall of Fame despite being eligible is Clemens, notoriously tied to performance-enhancing drugs.

Verlander’s third came in the most unlikely of ways — near the end of his career, on the heels of major elbow surgery. He became the second non-rookie ever to make a minimum of 15 starts and post a sub-2.00 ERA despite not pitching in the majors the previous season, according to research by ESPN Stats & Information. The other was Fred Toney, who had a 1.58 ERA for the 1915 Cincinnati Reds after pitching in the minor leagues the previous year.

But Verlander was at the top of his class once again.