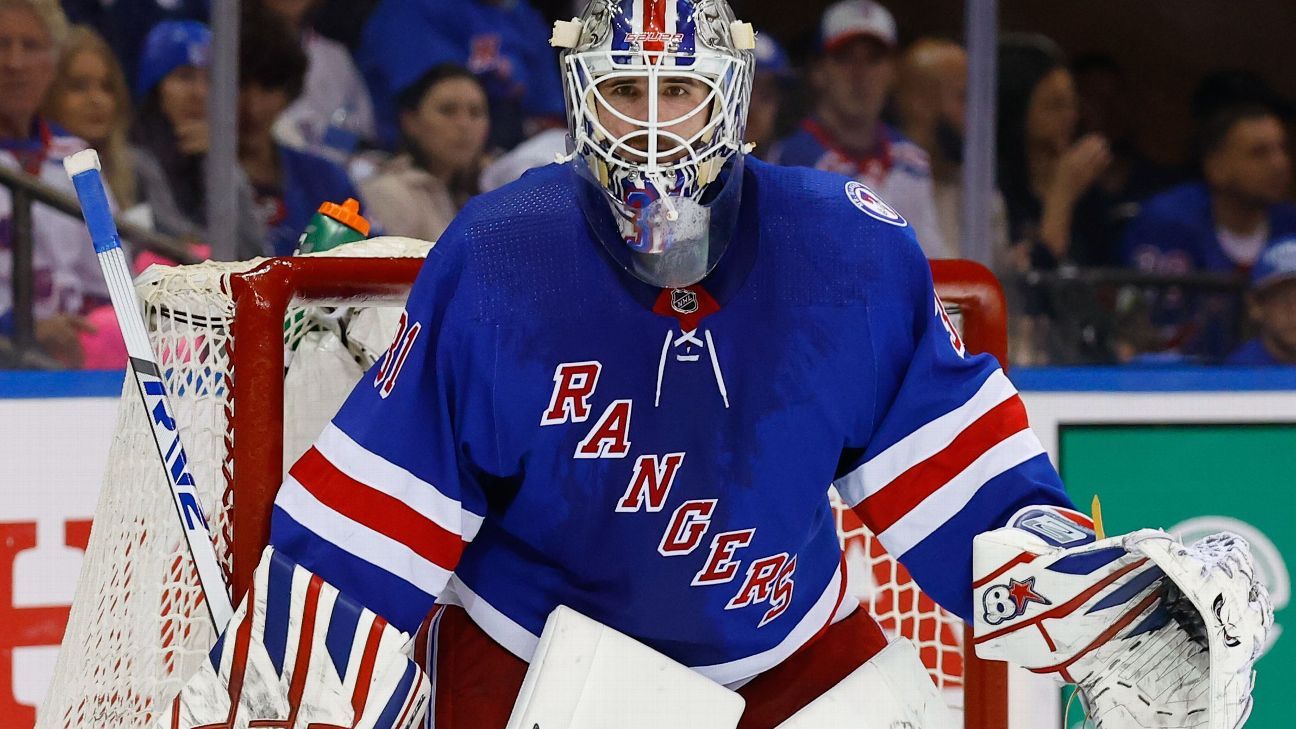 Shesterkin backstopped the Rangers to a turnaround season that resulted in the Eastern Conference Finals, where they lost to the Tampa Bay Lightning in six games.

In the regular season, Shesterkin led the league in goals-against average (2.07) and save percentage (.935).

“It’s a great honor for me to be here,” Shesterkin said at the ceremony. “It’s good to play for the New York Rangers, it’s an incredible feeling.”

The second award of the night was the Calder Trophy, given to the league’s top first-year player, and the voters looked to the blue line for that one.

Moritz Seider of the Detroit Red Wings, who led rookie defenseman with 50 points and led all rookies in minutes per game was the recipient.

“It’s a really big honor, I didn’t really prepare for a speech, so I’ll just go with the flow here,” he said. “It’s a great organization with Detroit, it’s very fun to be a Red Wing.”