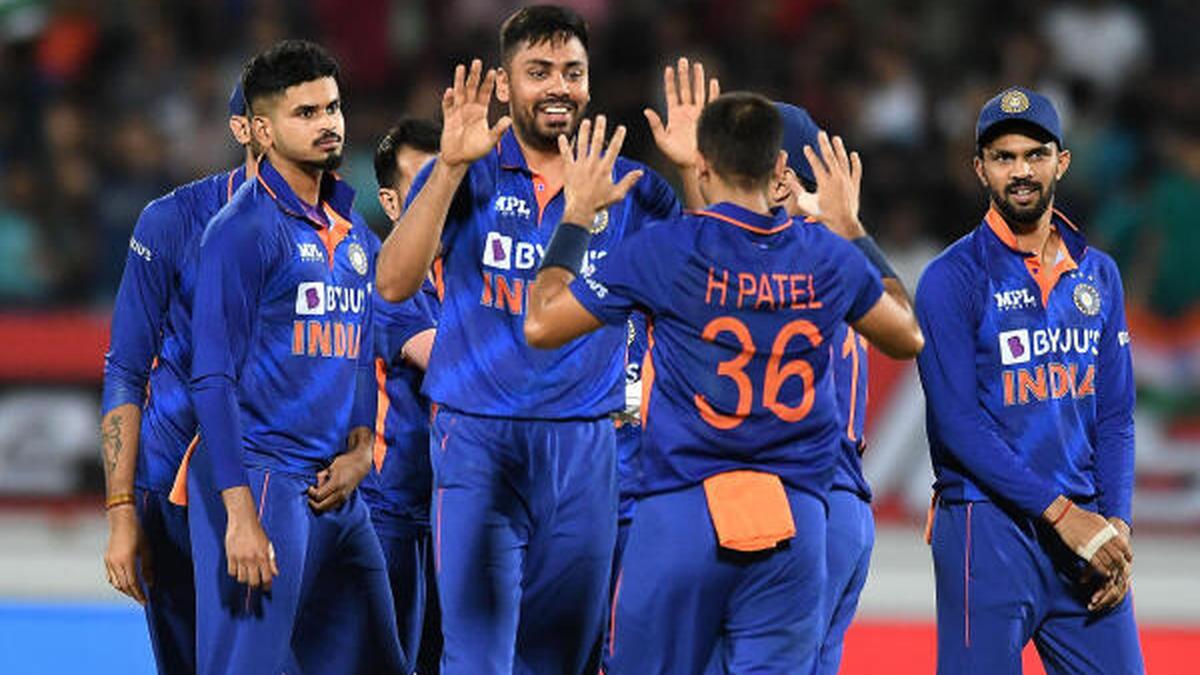 Coming into the fourth T20I, pacer Avesh Khan was under pressure after not having picked a wicket so far in the series with question marks about his place in the side.

However, on Friday, Avesh repaid the faith the team management showed by giving him another chance as he finished with figures of 4/18 including three wickets in one over to help India level the series against South Africa.

Speaking after the match about his tactics, Avesh revealed that he was under pressure and credited coach Rahul Dravid for backing the players.

“As you can see, there have been no changes to the XI in the four games here. So, I would like to give credit to Rahul sir. He gives a good opportunity to everyone because you can’t drop or include a player, or say that he is a good player, based on performance in one or two games. He has given all the players enough games to play, so you have a good opportunity to prove yourself,” said Avesh.

On a two-paced pitch with variable bounce, Avesh said he tried to bowl into the wicket hitting the hard lengths rather than trying variations with his natural brisk pace working to his advantage.

“When we bat first, I always ask our batsmen about how the pitch is playing. Ishan (Kishan) told me that it’s better that I bowl a ‘hard length’ on this wicket since some balls are bouncing well, some are keeping a bit low and some are stopping and coming. When our innings got out, I planned to target the stumps, and bowl a good ‘hard length,’ which I usually do, consistently,” said the pacer from Indore.

“The slower ball wasn’t very effective on today’s wicket, so I tried to bowl hard lengths with the occasional bouncer to change things up.”

The 25-year-old further added, “Today’s wicket wasn’t easy for batters, it was two-paced although DK Bhai, Hardik and Rishabh all played well. 170 was a very good total on this wicket and we wanted to ensure we pick a couple of wickets in the powerplay.”

Meanwhile, South African spinner Keshav Maharaj, who came under fire from Dinesh Karthik after being hit for three consecutive boundaries in his final over praised the Indian batter’s knock saying, “he scores in very unorthodox areas, which makes him difficult to bowl to.”