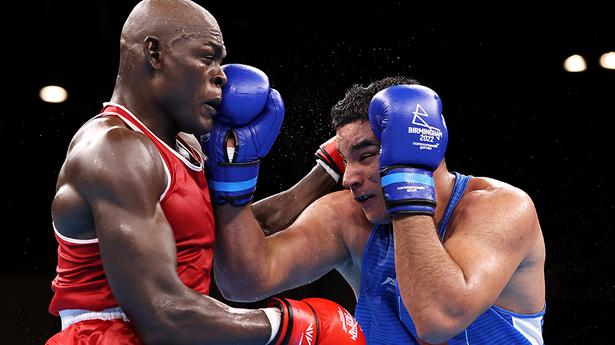 Boxer Sagar Ahlawat won his quarterfinal bout against Seychelles’ Keddy Agnes in the men’s super heavyweight category on Thursday and advanced to the semifinal at the 2022 Commonwealth Games.

The Indian got the better of the Seychelles pugilist by a 5:0 win on points.

The bout started with a close battle between the two boxers but Sagar got the 4:1 decision in his favour for the first round.

The second round was also closely fought but the judges’ verdict went in favour of the Indian again. Sagar, then, carefully navigated the fight in the last round to advance to the semifinal.

Later in the day, Vikas Tokas will be in action in the men’s welterweight category.