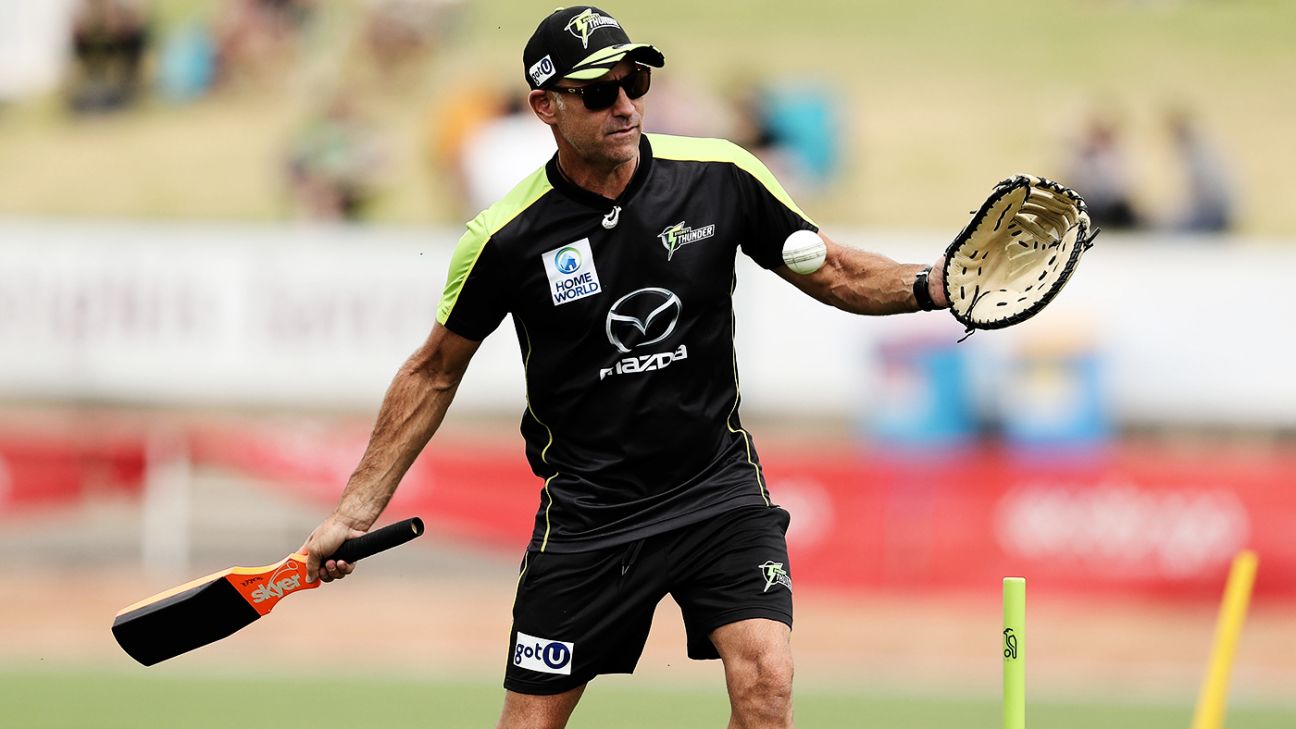 Upton brings to the table a rich volume of work. Between 2008 and 2011, he was part of India’s support staff as assistant to Gary Kirsten, a stint that culminated in India’s World Cup win under MS Dhoni. Upton then teamed up with Kirsten with the South Africa team that went on to become the No. 1 Test team in 2013.

ESPNcricinfo has learnt that Upton has joined the team in the Caribbean and is set to continue in a short-term capacity until the T20 World Cup in Australia this October-November.

Upton has also been around the active coaching sphere in several capacities, most notably as team catalyst of the Rajasthan Royals this season. He had previously worked with Dravid in the back room at Royals and Delhi Daredevils, apart from leading BBL side Sydney Thunder to the title in 2015-16 and being head coach of the Royals.

Upton is known for his unique perspective to coaching. Activities such as extreme sports, mountain climbing and canoeing, improvisation theatre and breath-hold techniques have been part of his methods to test the endurance of players when put under stress and help them realise “fear on the cricket field is very small as compared to these activities.”

India have previously used the services of mental conditioning experts Rudi Webster prior to the 2007 World Cup in the Caribbean and in 2003 under Sourav Ganguly in South Africa. More recently, sports psychologist Mugdha Bavare was part of India women’s 2022 World Cup tour party.