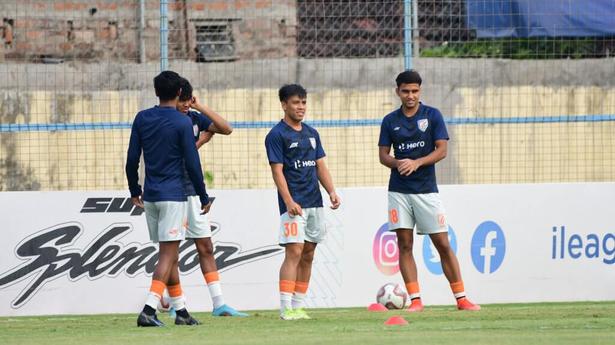 India lost its opening match 1-2 to Bangladesh in the SAFF U20 Championship at the Kalinga Stadium here on Wednesday.

Bangladesh looked the more aggressive side from the beginning creating, the first chance within the first 10 minutes of the match.

Just before the half-hour mark, Bangladesh went on the counter as Md. Piash Ahmed Nova finished the attack with a fine goal.

The defending champion, however, found rhythm soon. In the 35th minute, a cross from the left by Vibin Mohan was met by Gurkirat Singh’s head with the scores level again.

Though the host came to close to doubling its lead soon, loose defending by it gifted Bangladesh a penalty kick in the final minute of the first half of regulation time.

Nova, the 16-year-old, doubled his goal tally with a forceful hit on his left, sending the goalkeeper to the other side. In the second half, though the young Blue Tigers posed serious threat in the opposition box, they could not force the ball past the last line of defence, as the visitor registered a narrow win.