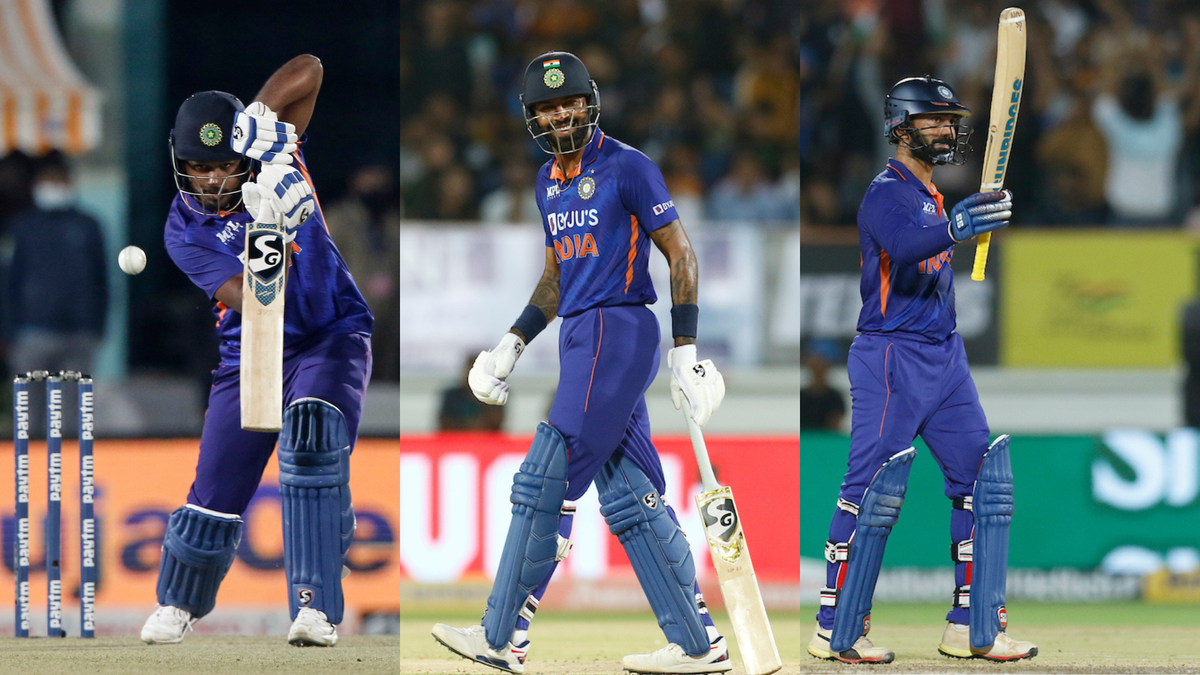 India is set to take on Ireland in a two-match T20 International series in Dublin, starting on Sunday.

With most of the usual starters off for Test duty in England, this series would give several members of the Hardik Pandya-led side a chance to impress the selectors for the T20 World Cup in Australia later on. Here are the top five players to look out for in this series from both sides.

A lot has been written about Dinesh Karthik’s phoenix-like comeback to the national side. A phenomenal IPL performance backed up by solid returns in the recently concluded South Africa series means the Tamil Nadu wicketkeeper-batter might be India’s X-factor for the T20 World Cup in October.

With Rishabh Pant joining the Test team in England, Karthik might also take up his usual position behind the stumps. The RCB man would be hoping to continue to thrive as his side’s finisher, a task he seems to be doing as well as anyone in the world today.

A few months ago, Hardik Pandya’s role in the future of Indian cricket itself was under a cloud. But after an incredible IPL season, in which he led debutant Gujarat Titans to victory and contributed both with the bat and the ball, Hardik is set to lead the Indian side for the first time in his career. This has to be a turnaround most of us would have foreseen, yet here we are.

A standout element of Pandya’s success has been his willingness to take up more responsibility with the bat. For the Titans, the 28-year-old frequently walked into bat at number three and four. As the captain, it would not be unwise to expect him to take up such a role in this Ireland series. Hardik Pandya will be in focus during his first international assignment as Indian captain.   –  SPORTZPICS

In what could be a decisive series for his international career prospects, Sanju Samson will be watched closely during the two T20Is in Malahide. While scattered chances in Indian colours and inconsistent displays in most outings have not helped his case, Samson would want to put the past behind him and translate his IPL form over recent seasons to the international stage.

Samson’s unrelenting aggression could be a game-changer for the Indian side in the upcoming months if he manages to channel it properly. Since 2020, Samson has been the leading run-scorer at the no. 3 position in the T20 format, amassing 1405 runs at a stunning strike-rate of 146.35. Sanju Samson will hope to grab his chances with both hands during the two-match T20I series in Ireland.   –  SPORTZPICS

Paul Stirling is a familiar name from Irish cricket. The 31-year-old right-handed batter made his international debut in 2008 and has been a constant presence in the Irish side ever since. Despite not being in best of form (a string of three ducks on the trot in domestic cricket earlier this month), Stirling would be one of the obstacles for India.

Stirling, who averages close to 30 with a strike at nearly 135 in T20Is, is also handy with his right arm off-break, having scalped 20 wickets in the format.

George Dockrell, having made his debut back in 2010, is one of the most experienced players in this Ireland side. An all-rounder by title, Dockrell’s primary forte is his left-arm spin bowling. Possessing great control, he has an economy of only 7.12 in T20i and has also taken 76 wickets in 94 matches in the shorter format for the Irish side.

Dockrell would be sharing the spin duties with Andy McBrine and would also be expected to put in a shift lower down the order with his right-handed batting.