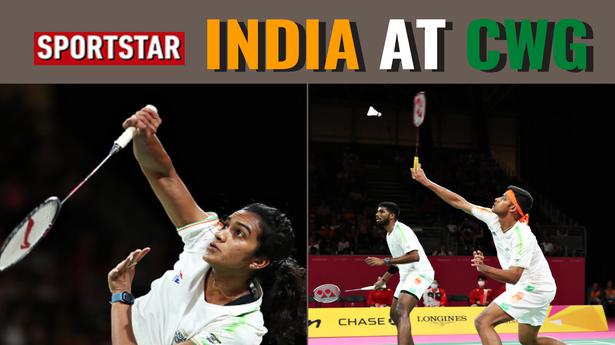 Welcome to Sportstar’s live coverage of the mixed team final in badminton between India and Malaysia at the 2022 Commonwealth Games in Birmingham. This is Nihit Sachdeva taking you through the action as it unfolds at Hall 5 of the National Exhibition Center.

Defending champion India takes on Malaysia in the mixed team final at the 2022 Commonwealth Games in Birmingham in what will be a repeat of the summit clash from four years ago in Gold Coast.

India made it to the final with dominating performances in the group stage. It clean swept Pakistan and Sri Lanka 5-0 and beat Australia 4-1.

The Indian shuttlers followed it with 3-0 wins over South Africa and Singapore in quarterfinal and semifinal, respectively.

This is the third CWG final between India and Malaysia. The first summit clash happened in the 2010 edition in New Delhi where Lee Chong Wei’s Malaysia beat India 3-1.

Overall, Malaysia has won the mixed team gold three times, only second in the all-time list which is topped by England with six gold medals.

What time is the India vs Malaysia mixed team badminton final?

Where to watch India vs Malaysia mixed team badminton final?

India vs Malaysia mixed team table tennis final will be telecast on the Sony Network and streamed online on Sony Liv.