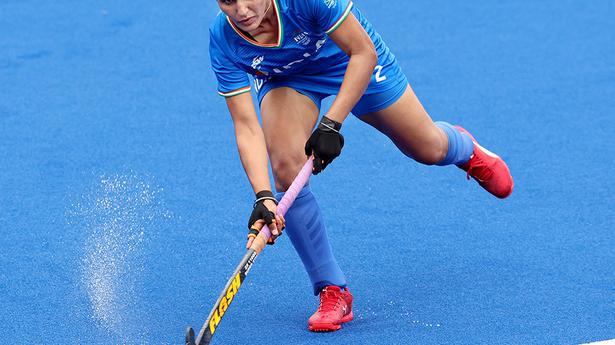 India will take on Wales in its second group A women’s hockey match at the Commonwealth Games 2022 on July 30, Saturday at the University of Birmingham Hockey and Squash centre.

The two teams are set to square off against each other at 11:30 pm IST.

While India has a 4-1 head-to-head record against Wales, the last time the two sides met- Wales defeated India 3-2 at the Commonwealth Games in 2018.

India opened its Commonwealth Games 2022 campaign in hockey with a thumping 5-0 win over Ghana in a Group A match at the University of Birmingham Hockey and Squash centre on Friday.

The Indian women earned an early minute in the fourth minute, with Gurjit Kaur  making most of it, as she slotted the ball into the left corner of the net. In the second quarter, Neha’s shot was deflected off into the goal by a Ghanaian defender, with India going 2-0 up at Half-Time.

India continued to pile misery on Ghana when play resumed as Sangita found the net after a counterattack and Gurjit scored her second for the day minutes later.

The icing on the cake came in the last quarter when Salima Tete, one of India’s most experienced hockey players, ended a counter attack to finish a five-star performance in the United Kingdom.

Wales lost to Canada in its first match 0-4 and will look to improve its performance against India.