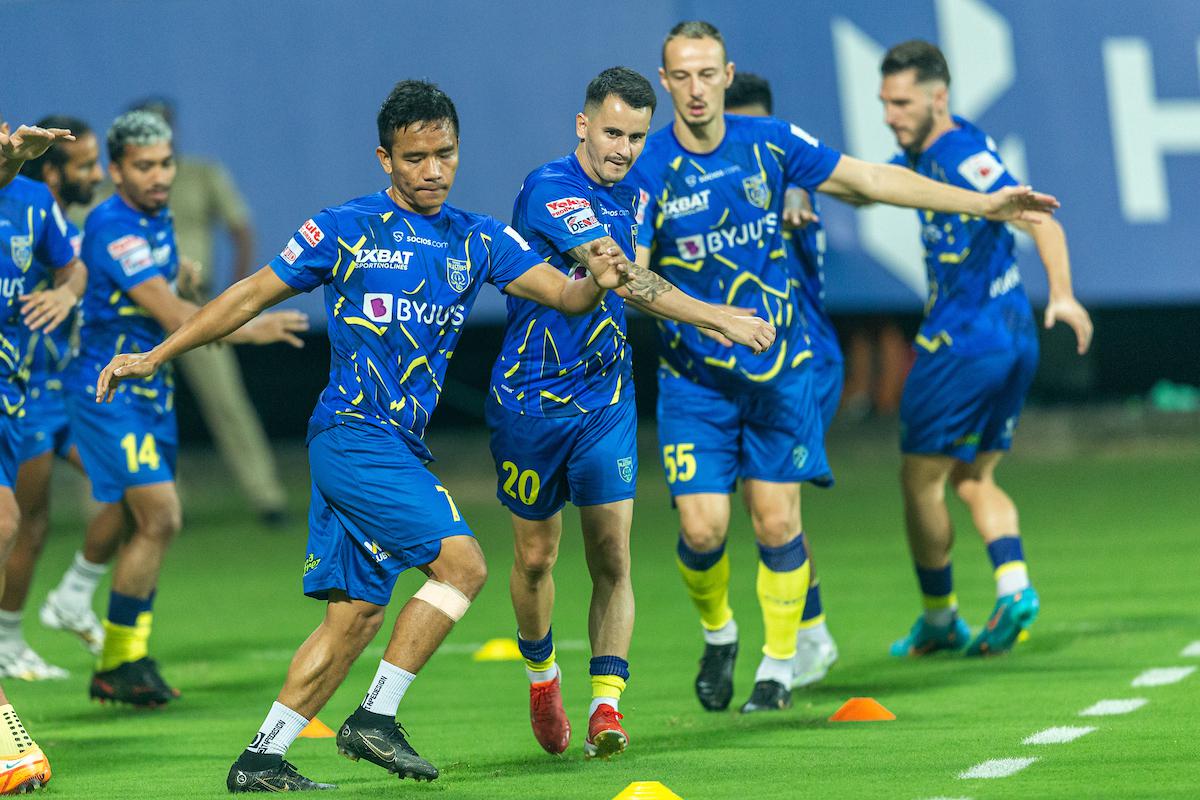 NorthEast United FC will be hosting Kerala Blasters on November 5, Saturday, at the Indira Gandhi Athletic Stadium in Guwahati in Matchweek 5 of the Hero Indian Super League (ISL).

Neither side has got off to the best of starts. NorthEast United FC is yet to collect a point, whereas Kerala Blasters has been on the losing side in all its matches since its victory over East Bengal FC in Matchweek 1. (Current Standings)

NorthEast United FC finished 11th last season, but it doesn’t look like its changes ahead of the season have had the desired effect so far. Its the first team in ISL history to lose its first four matches. It has only scored one goal so far this season, but it’s not just problems on the field that have affected the side.

Marco Balbul, the NorthEast United FC head coach, was sent off for the second time this season last week against Jamshedpur FC, and won’t be in the dugout for this game. NorthEast United FC’s assistant coach, Paul Groves, will take charge and was pressed about the team’s difficult start to the season in his pre-match press conference.

At times, obviously, people make mistakes individually and collectively. At times, perhaps, we’ve lacked the quality in the final third to make sure that we finish off a chance or create a better chance. We’ve had opportunities, but not done enough,” he said.

While NorthEast United FC wasn’t an early favourite this season, the same cannot be said of its opponent.

Kerala Blasters made the perfect start to their campaign, winning 3-1 at home against East Bengal FC in the season opener to send its home crowd into raptures. Since then, however, it has not been ideal.

Ivan Vukomanović, the man who led Kerala Blasters to the Hero ISL finals last season, said he wasn’t deterred by his team’s slow start to the season.

“In football, you have to try to keep the momentum. If you look at all four games, I think in all four games we showed some quality.

We showed in the first game that we deserved to win, and in the next games we showed the way we wanted to play with the high press, with many moments to explore on the pitch, and you know sometimes you make individual mistakes which cracks you down during the game,” he said.

The two sides have faced each other 16 times in the ISL, with Kerala Blasters coming out on top 6 times, losing 4 times, and 6 matches ending in a draw. Kerala Blasters has accumulated more wins against NorthEast United FC than any other side in the league, but there isn’t a lot between the two teams as far as head-to-head history is considered.

The two sides drew their first match 0-0 last season and the second resulted in a 2-1 win for Kerala Blasters. Both sides desperately need a win, which will add another layer of tension to this encounter.