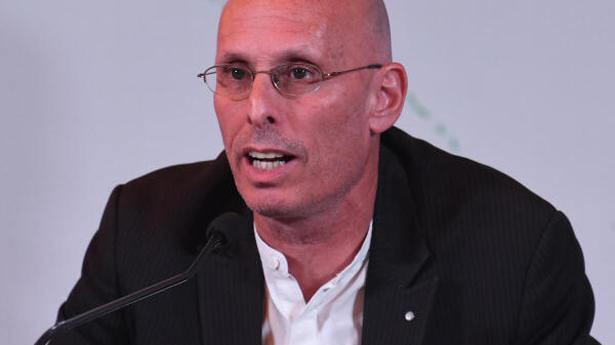 “Delighted and very excited at being made Head Coach of Emami East Bengal. Can’t wait to get over there and get to work,” he wrote on Twitter.

The ISL side has had one of its most disappointing seasons in the 2021-22 campaign and is looking to the Englishman, who comes on board with a reputation of transforming teams into formidable forces — something he has done with Rwanda, Nepal and the Blue Tigers.

Constantine has spent most of his domestic coaching career in Cyprus, with brief spells at Milwall and AFC Bournemouth

Spells with other national teams

Constantine’s first coaching job came as the head coach of Nepal in 1999, when he guided the team to the final of the South Asian Games that year, beating the Maldives in the semis.

After two years in charge, he left the country with the highest honour available to a foreigner, the Prabal Gorkha Dakshin Bahu, awarded to him by the Nepalese royal family.

After his first stint in India, he enjoyed brief stints with Malawi and Sudan, but his most important spell in Africa came with Rwanda.

The team attained its highest-ever FIFA World Ranking of 68 under him, after which he returned to India for his second spell.

Style of play and legacy in India

The 59-year-old’s coaching involves set-plays, moving the ball along the wings and crossing into the middle and counter-attacks.

This style allows more space for wingers to make forward runs as strikers like IM Vijayan (in his first stint) and, Sunil Chhetri and Jeje Lalpekhlua (in the national team), positioned themselves for crosses to score.

In his first spell from 2002 to 2005, India won the LG Cup in Vietnam — its first major victory outside the SAFF region since 1970, when it had won the bronze medal at the Asian Games.

The Blue Tigers also finished as runner-up in the inaugural Afro-Asian Games the next year, when it beat Rwanda, Zimbabwe and Malaysia U21 on its way to the final, but lost to Uzbekistan 2-1.

In his second stint with India, the Blue Tigers played 43 matches, winning 24, losing 13 and drawing six.

Constantine is seen with players during his stint as the coach of Indian national team.
| Photo Credit: THE HINDU

Chhetri scored the winner in the SAFF Championship final against Afghanistan as India continued to shine under Constantine in the Intercontinental Cup 2018, where he ended as the top-scorer (eight goals).

After failing to go past the group stages in the AFC Asian Cup in 2019, a teary Constantine stepped down from the national team job. He then returned to Cyprus, becoming the manager of first-division side Pafos.

What can East Bengal expect from him now?

The Kolkata-based side has failed to impress since its debut in the Indian Super League two years ago.

In spite of winning a record 16 Durand Cups, eight Federation Cups and three Super Cups, the team has fallen flat in the new league, finishing third from bottom in 2020-21 and last in the 2021-22 season.

Its arch-rival, Mohun Bagan, on the other hand, has continued to find relative success after its merger with ATK, finishing last season as a semifinalist and runner-up the season before.

Constantine offers hope right there. Under him, India had risen from 173 in the FIFA World Rankings to 97 in 2015 — its second-highest ranking in its history (94 remains the highest ever FIFA Ranking, attained in 1996).

With Constantine in charge, the team will look to walk on a similar path as the National team did under him, starting right from the bottom, with hopes to return as a leading contender in Indian football.