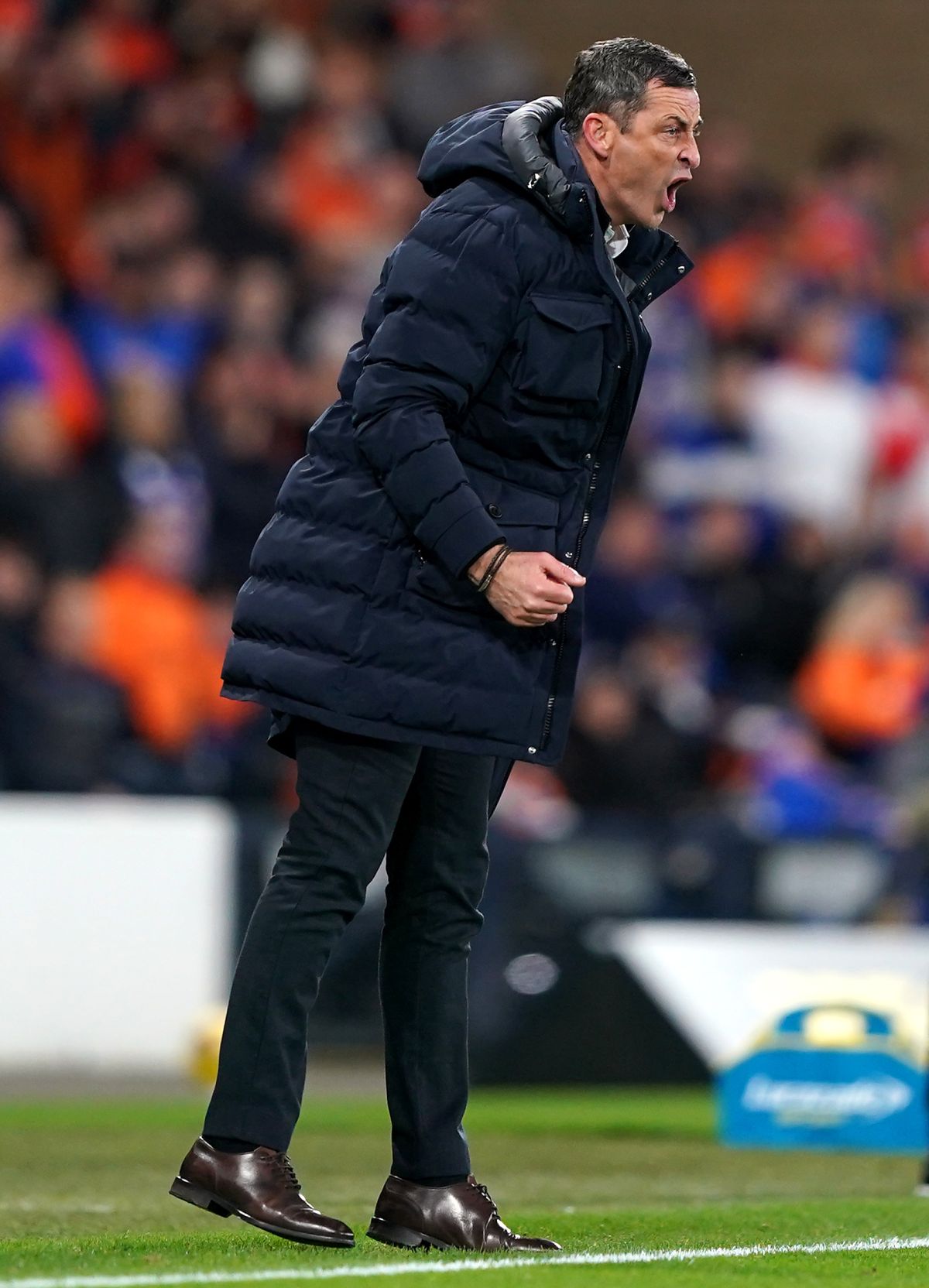 Jack Ross will come up against a friendly foe when he takes his Dundee United side to Kilmarnock for their cinch Premiership opener on Saturday.

The United boss has “enormous respect” for his opposite number Derek McInnes, the former St Johnstone and Aberdeen manager who brought Killie back up to the top flight last season by winning the Championship.

Looking ahead to his first competitive match as Tannadice manager since taking over from predecessor Tam Courts in June, Ross said: “First of all, coming up against a manager that has been brilliant to me through my management career, someone I have enormous respect for, somebody people should recognise as a top manager in Scotland, so that means his team will be good.

“They achieved success last season by winning the league and they will come up looking to build on that momentum.

“I think it is a brilliant opening game for us because of the atmosphere that will be generated with them being back in the Premiership, the numbers we will travel in and there is always that intensity around it.

“Both teams will look at it as an opportunity to get off to a good start.”

Meanwhile, Declan Glass has agreed a new one-year extension that will take his existing contract through to 2024.

The 22-year-old attacking midfielder will also join SSE Airtricity League side Derry on loan until November as part of his development.

The United academy graduate will team up with former United team-mate Mark Connolly at the Irish club, after Connolly completed a permanent switch to Derry earlier this week.

Sporting director Tony Asghar explained the move to United’s official website: “Declan moving to Derry City on loan allows him the opportunity to continue his development in a first-team environment.

“Last season, in coming back from a serious injury, he had a stop-start season but we have all seen the qualities he has in his time playing for United.

“We need to give players an opportunity to play games regularly to be a long-term asset for Dundee United.

“By extending his contract, we are committing Declan to rise to that challenge.”