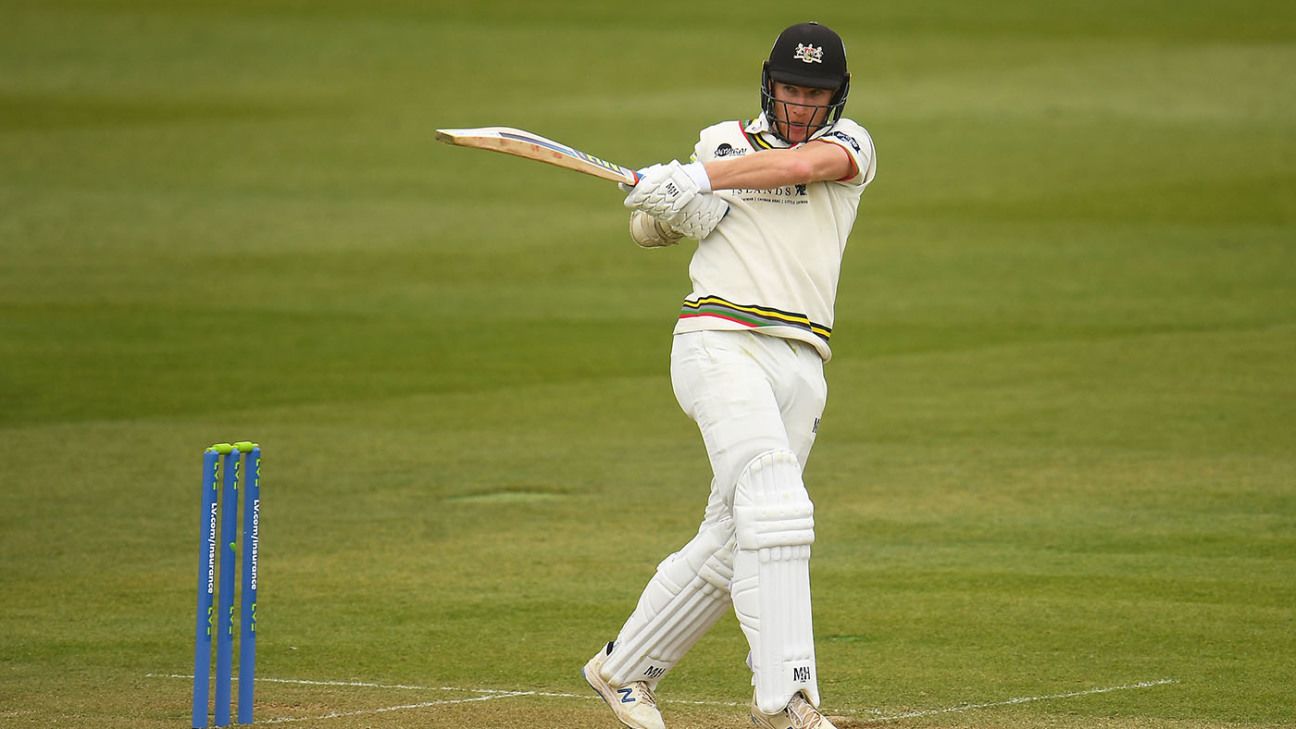 James Bracey gave a reminder of the ability that earned him an England Test cap as Gloucestershire posted 317 all out on the opening day of the LV= Insurance County Championship match with Northamptonshire at Cheltenham College.
The 25-year-old left-hander top scored with 79 off 137 balls, receiving excellent support from Ryan Higgins in a sixth-wicket stand of 110, which rescued their side from 167 for 5 after winning the toss.

Offspinner Rob Keogh was the most successful Northants bowler with 3 for 61. By the close of a day packed with attacking batting and wickets aplenty for a sizable festival crowd, the visitors had replied with 30 without loss from 12 overs.

Play began under heavily overcast skies and a disappointing festival for Marcus Harris continued when Jack White clipped the top of the Australian’s stumps with the total on 11.

Ollie Price looked in good touch helping Chris Dent add 50 for the second wicket, but the 21-year-old departed in disappointing fashion having made 23, bowled off stump looking to hit a delivery from James Sales through midwicket.

Dent was unbeaten on 49 when lunch was taken at 112 for 2. Rain delayed the resumption by 25 minutes before the experienced opener moved to fifty off 89 balls. Another poor shot cost Dent his wicket on 54, edging an attempted cut off Ben Sanderson to second slip where Will Young pouched a sharp catch.

It was 122 for 3 and four runs later Miles Hammond fell for 25, nicking a defensive shot off Tom Taylor through to wicketkeeper Lewis McManus. Graeme van Buuren got off the mark with a sumptuous cover driven four off Taylor, but made only 14 before chasing a wide ball from Keogh and directing the ball straight to Simon Kerrigan at cover.

Gloucestershire were in a hole when Higgins joined Bracey. The allrounder made a somewhat manic start to his innings, but gradually settled down to play some fine shots. Higgins lifted Kerrigan over long-on for six before the more studied Bracey reached only his second half-century in 16 Championship innings, having faced 82 deliveries.

It was exactly the approach Gloucestershire required and allowed Higgins freedom to play his shots as they took the score to 250 for 5 at tea.

Higgins went to fifty with a sweep off Keogh for his fifth four, but tried to repeat the shot next ball and was pinned lbw, having faced 79 balls.
Bracey, who had produced a string of elegant cover drives, continued to accumulate without alarm and Zafar Gohar kept the tempo of Gloucestershire’s innings high with a pulled six off Sales.

Gohar was given a life on nine when top-edging a similar shot and dropped by Taylor at square leg, a tricky chance running away from the pitch. Having played with such assurance, Bracey fell to another ill-judged shot, aiming a big hit to leg off Keogh and miscuing a catch to cover. Gohar quickly followed, well caught by the diving Kerrigan at fine leg off Sales for a frantic 19.

Tom Price hit Kerrigan for a straight six before the second new ball was taken at 317 for eight. He fell lbw to White in the first over with it and when Zak Chappell was bowled having a swing at Sanderson, Gloucestershire had lost their last five wickets for 40 runs in somewhat kamikaze fashion.

By contrast, Northants openers Will Young and Emilio Gay adopted a no-risks policy to see out a potentially tricky period before the close.