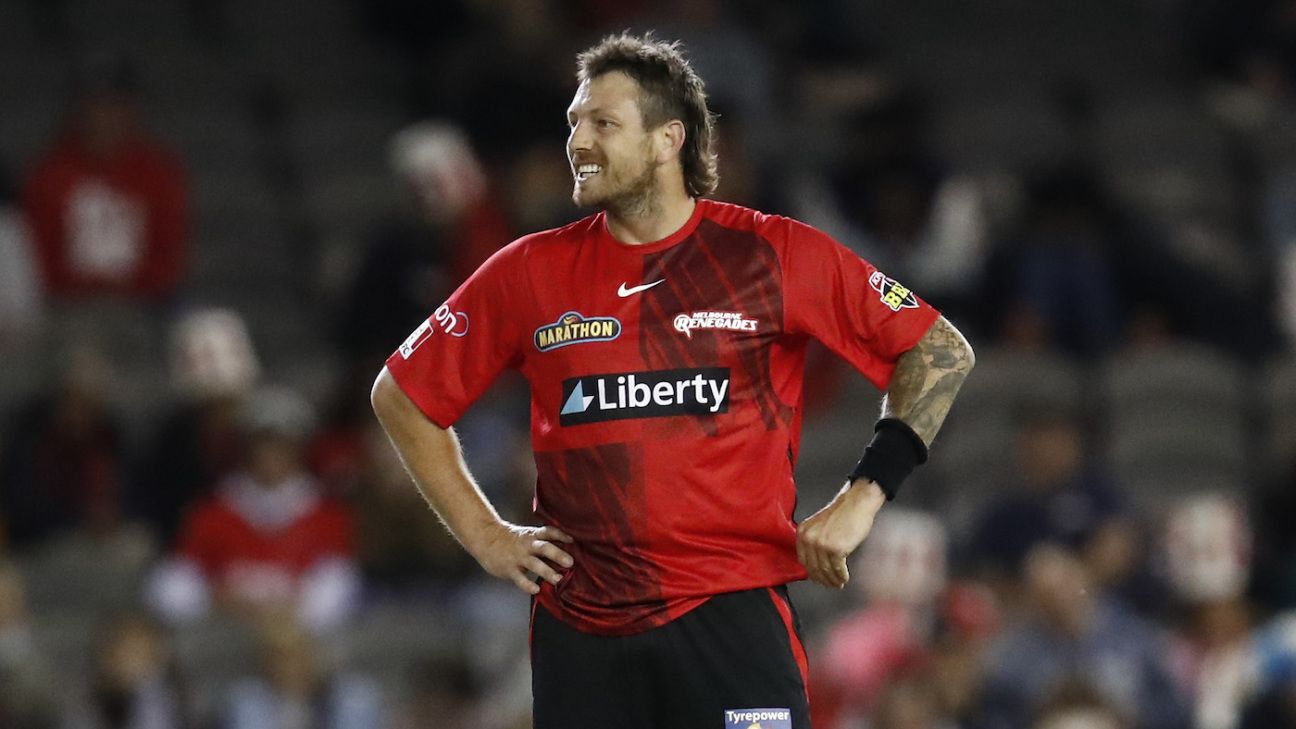 James Pattinson has withdrawn from the final year of his Melbourne Renegades contract in order to spend time with his family over Christmas.

Pattinson, who retired from international cricket last year, made six appearances in the 2021-22 season where he claimed just three wickets before ending his season early due to manage injuries amid the challenge of the Covid restrictions at the time.

“Unfortunately I will not be fulfilling my final year with the Renegades as I want to spend time with my family over the Christmas period,” Pattinson posted on Instagram. “I’d like to thank everyone at the Renegades for the opportunity, good luck for the upcoming season.”

Pattinson remains contracted to Victoria for the Sheffield Shield and Marsh Cup. He claimed 15 wickets at 31.26 in last season’s Shield campaign where Victoria finished runners-up.

The domestic contracting embargo has now been lifted for the BBL which means clubs can start signing players. It was announced yesterday that there would be a draft for overseas players for the first time. The BBL season is expected to run from mid-December, starting after the second Test against West Indies, until late January.

“Alongside our head coach David Saker and our coaching team, we have been working through our list management strategy for the past six months to turn things around on-field in BBL|12, with a view to our domestic player mix and then how to complement that through the draft,” Renegades general Manager, James Rosengarten, said on Wednesday.

“Over the coming months, we look forward to announcing some re-signings and the addition of some new domestic and international players. We are building a team which will play an exciting brand of cricket for our fans, but most importantly with a view to taking the Renegades back into the finals mix.”